Royal Enfield is expected to unveil the long-awaited Super Meteor 650 at the upcoming Rider Mania event next month. After a long hiatus due to the health crisis, Royal Enfield’s annual Rider Mania fest is finally back this year and it will be hosted between November 18 and 20. The registrations are already open for the event to be held in Goa.

It will see the biggest gathering of Royal Enfield owners and enthusiasts and in a similar fashion to the brand debuting the Interceptor 650 and Continental GT 650 in the past, the Super Meteor 650 will also reportedly break cover at the motorcycling event. The Super Meteor 650 is nothing but the flagship cruiser based on the 650 Twins’ platform.

It will sit at the top of the range and will be positioned above the Interceptor and Continental GT in the Chennai-based company’s domestic lineup and it will target high volume sales in the international markets too judging by the good reception for REs elsewhere in recent years. It will be more premium than the 650 Twins due to the presence of more upmarket equipment. 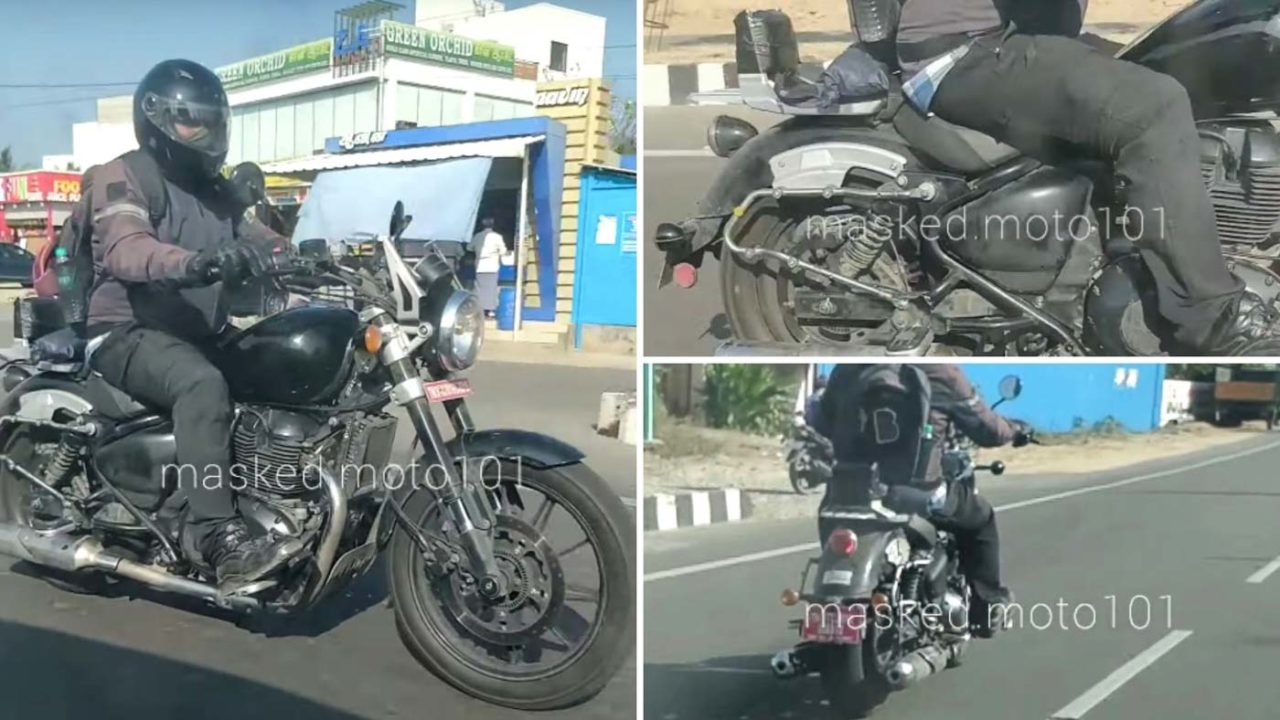 Having already been spotted in its near-production guise a number of times in recent months, the Royal Enfield Super Meteor 650 will be equipped with a circular-shaped LED headlamp, LED tail lamp and first-for-RE upside down front forks. The rear will feature twin-sided shock absorbers. The braking duties will be handled by a single disc at the front and rear.

They will be assisted by a dual-channel ABS system. As for the performance, a 648 cc parallel twin-cylinder fuel-injected engine will be utilised and it develops a maximum power output of 47 bhp and 52 Nm of peak torque. The powertrain is linked with a six-speed transmission while a slipper and assist clutch will also be standard fitment.

The cruiser-styled motorcycle will target touring based customers wanting to own a motorcycle with relaxed ergonomics. Other highlights will include a semi-digital instrument console with Tripper Navigation system and switchgear borrowed from RE’s regular parts bin with some premium touches.