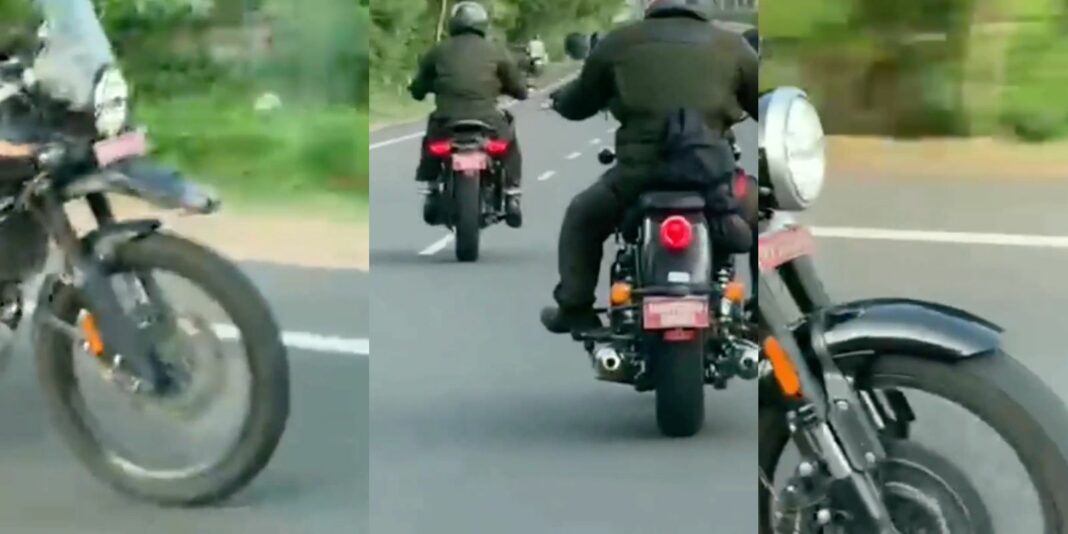 Royal Enfield has been caught testing the Super Meteor 650 and Himalayan 450 together on public roads as they were cruising along a highway in Tamil Nadu. The homegrown retro motorcycle maker has been testing a variety of new motorcycles including the next generation Bullet 350, an all-new 450 cc scrambler, and a trio of 650 cc motorcycles.

While the launch timeline of none of them is not known yet, it must be noted that an all-new 650 cc cruiser could be the first one to arrive. It will more likely be introduced later this calendar year as it has been spied in its near-production guise quite a few times. It is said to be followed by the all-new Himalayan 450 boasting a liquid-cooled engine.

The test mules of both the motorcycles have been spied this time around together revealing a host of information we already know. The Royal Enfield Himalayan 450, for instance, will have LED lighting all around as the circular headlamp, tail lamp and turn signals are all LEDs. The taillight section and the rear end itself look different compared to the existing Himalayan 411. 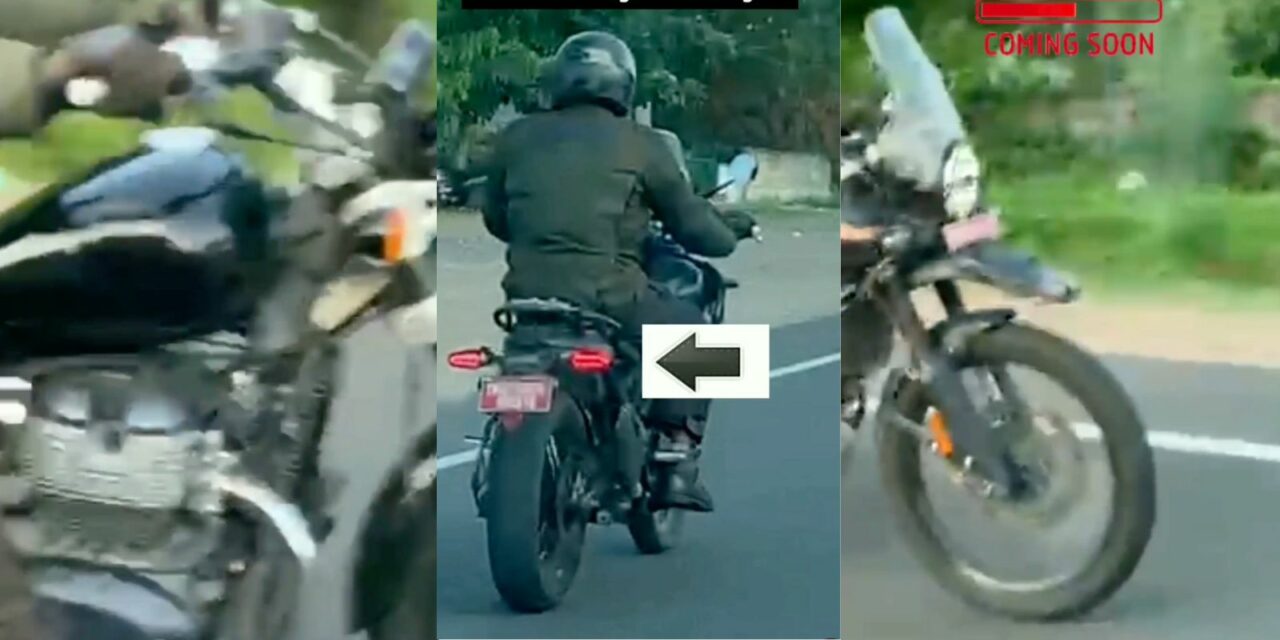 It is built on a brand new architecture and comes with offset rear monoshock suspension while the fuel tank capacity is larger shrouded by metal braces. It appears to be equipped with RE’s first-ever 450 cc liquid-cooled engine capable of delivering around 40 bhp and is paired with a six-speed transmission with slipper and assist clutch as standard.

The cruiser is powered by a 648 cc parallel twin-cylinder engine developing around 47 PS and 52 Nm of peak torque in the Interceptor 650 and Continental GT 650 and the performance numbers could be similar in the upcoming Super Meteor as well.