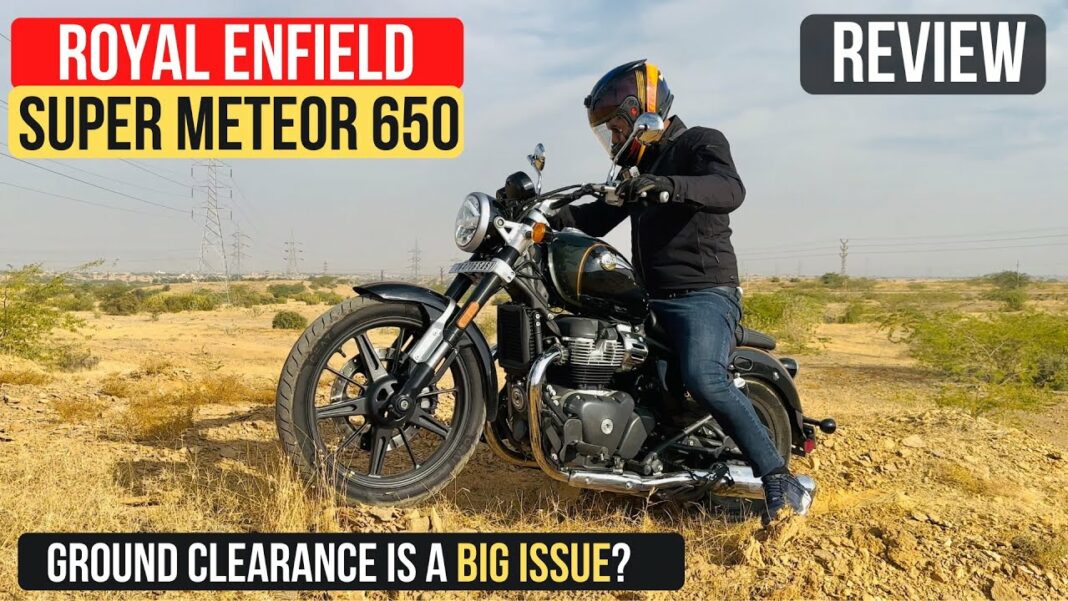 Royal Enfield officially announced the prices of the Super Meteor 650 yesterday in India. The flagship cruiser carries a starting price of Rs. 3.49 lakh for the Astral variant while the Interstellar and Celestial versions are priced at Rs. 3.64 lakh and Rs. 3.79 lakh respectively (ex-showroom). The base Super Meteor is around Rs. 45,000 costlier than Continental GT 650.

We rode the Super Meteor 650 in Jaisalmer, Rajasthan a few days ago and here we have attached the link to the detailed review below. The motorcycle comes with first-for-RE features such as an LED headlamp, 43 mm upside-down front forks sourced from Showa and Google-powered Tripper Navigation system as standard. The third 650 ccc offering from the brand sits on a new platform and has a new swingarm to meet the cruising needs.

The base Astral variant of the Royal Enfield Super Meteor 650 is available in three monotone colour schemes: blue, green and black. The mid-level Interstellar is sold in two dual-tone paint schemes commanding a premium of Rs. 15,000 but it does not have any other changes to the equipment list. The range-topping Celestial is offered in two dual-tone exterior shades as well.

The cruiser derives power from the familiar 648 cc parallel twin-cylinder air- and oil-cooled fuel-injected engine, which is good enough to generate a maximum power output of 47 PS and 52 Nm of peak torque. The powertrain is linked with a six-speed transmission with a slipper and assist clutch as standard.