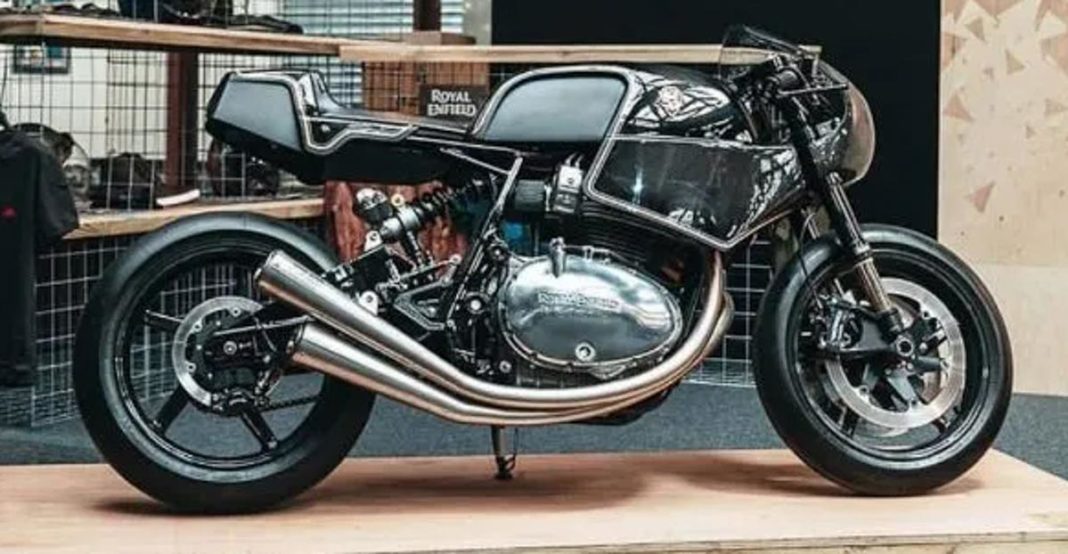 For those of you who are not aware of the Bike Shed motorcycle exhibition in London, it is one of the most prestigious events amongst the custom bike makers. The custom bikes showcased at the event are not displayed anywhere else before, which makes it even more exclusive and special.

Royal Enfield was also part of the 10th edition of the bike shed exhibition this year. They had showcased a total of three motorcycles including two custom continental GT 650s and a modified Himalayan. The first custom motorcycle which was displayed at the show is called the Midas Royale modified by rough crafts in Taiwan.

Although this one of a kind modified motorcycle has already been previewed last year, it was showcased for the first time in front of the public at this event. The Midas Royale gets a carbon chrome finished crankcase which is one of the highlights of its design and the custom bike maker has taken no effort to hide it with the carbon fibre fairing. 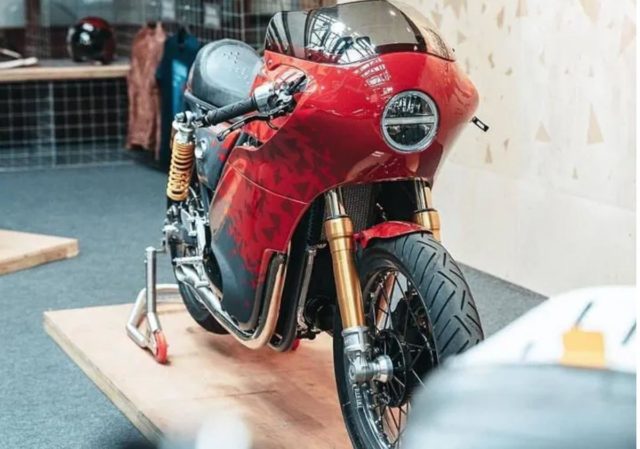 The second custom Continental GT 650 showcased at the event was modified by Royal Enfield and Harris Performance. The motorcycle has received a full fairing with a round LED headlamp, a smoked fairing and that adds to its classy appearance. The two-tone paint job finished in two bright colours, Grayish Blue and Sparkly Red was definitely eye-catching as well. 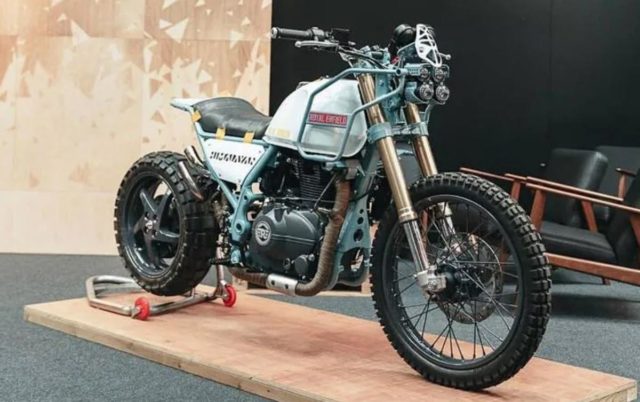 The custom motorcycle also gets a lowered clip-on handlebar that adds a sporty riding stance. It also features an Ohlins front and rear suspension, improved braking setup and track tyres.