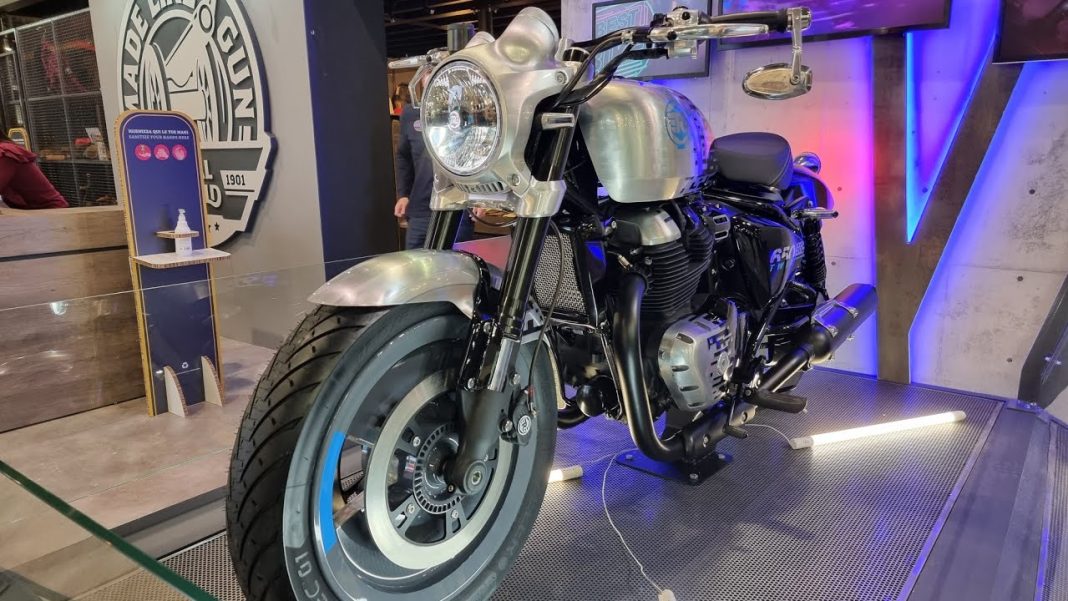 Royal Enfield hosted the global premiere of the 120th Year Anniversary Edition based on 650 Twins to celebrate the brand’s twelve decades of presence in the motorcycling scene and the Shotgun 650 Twin concept at the ongoing EICMA 2021 in Milan, Italy just over a couple of days ago. The former’s registration had commenced online yesterday.

It will be available on an online sale early next month and only 120 units (60 units of Interceptor and 60 units of Continental GT 650) are allotted for India as Europe, Americas and Southeast Asia get 120 units each. The Royal Enfield Shotgun 650 Twin concept, giving a bobber stance, holds plenty of interest for many as it is in its near production state.

The Chennai-based manufacturer has been testing a 650 cc bobber/cruiser styled motorcycle for several months on public roads and the Shotgun 650 Twin concept acts as a precursor to the upcoming motorcycle, which is expected to debut in the early parts of 2022, although Royal Enfield denied such speculations at the official presentation.

It comes with a host of unique features representing an authentic bobber such as the chunk and exposed rear fender giving a chopped look, cantilevered seat setup, a single-piece wide handlebar unlike the tall set handlebar seen on the test mules quite a few times, bar-end chromed out mirrors, upside down front forks (also seen on the test mules), and polished aluminium finish up front.

As for the performance, the production model will be equipped with a 648 cc parallel twin-cylinder fuel-injected engine producing a maximum power output of 47 PS and 52 Nm of peak torque, and is paired with a six-speed transmission and slipper/assist clutch will likely be offered as standard.