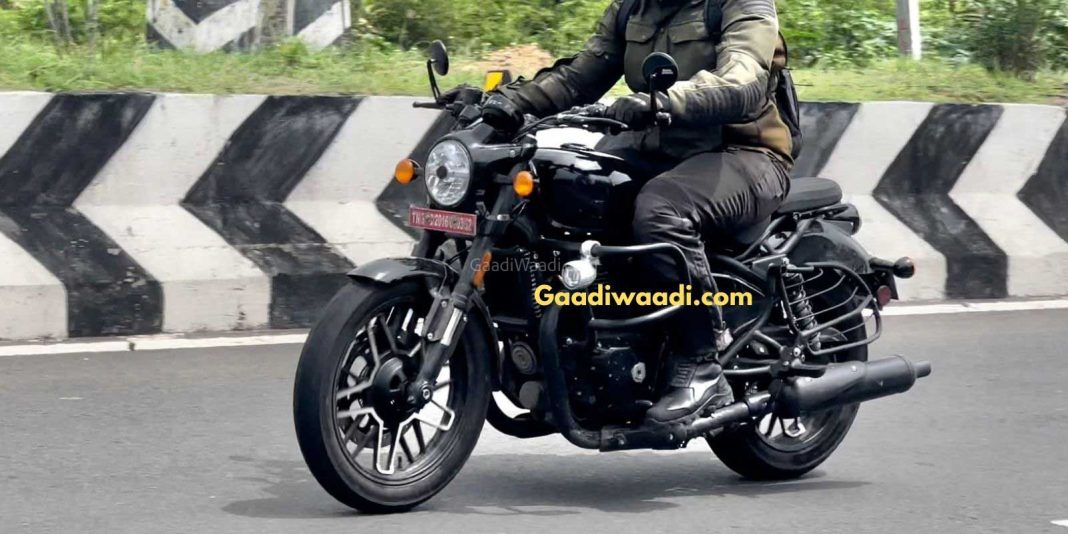 Royal Enfield is currently working on a number of new motorcycles pertaining to different segments. More specifically, RE is testing a trio of 650 cc models, as can be judged by the spy pictures. The homegrown motorcycle producer is preparing to launch the Hunter 350 in early August in the domestic market and is expected to be followed by another motorcycle.

Later this year, Royal Enfield could introduce a cruiser that will likely sit as the flagship motorcycle upon arrival with an engine capacity of 650 cc. It could be dubbed the Shotgun 650 as it takes influence from the SG650 concept showcased at the 2021 EICMA show in Milan, Italy. In recent months, the near-production spec Shotgun 650 has been caught on camera testing.

It will become the first ever Royal Enfield motorcycle to boast an upside down front forks and it will be equipped with twin disc brakes at the front and a single disc brake at the rear, as opposed to the single disc setup and telescopic front forks found in the well, received Interceptor 650 and Continental GT 650. 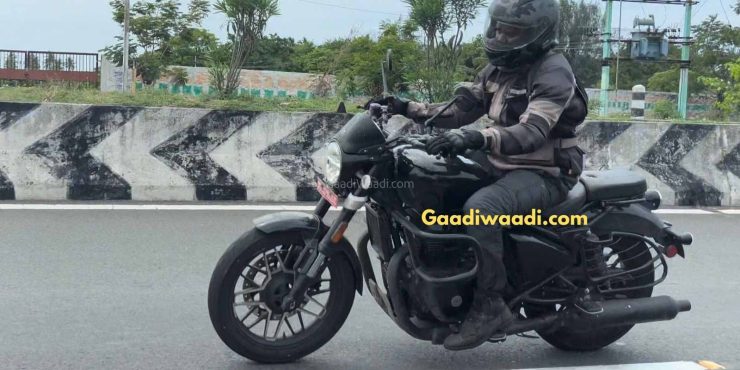 The rear will feature twin shock absorbers in a similar fashion to the 650 Twins. Compared to the previous test mules, the near-production prototype shows the presence of a different rear fender while the dual exhaust pipes with a black finish look different as well. As for the performance, the familiar 648 cc parallel twin-cylinder air- and oil-cooled engine will be utilised.

It produces a maximum power output of just over 47 PS and 52 Nm of peak torque in the 650 Twins. The powertrain is linked with a six-speed transmission with a slipper and assist clutch as standard. A dual-channel ABS system will also be available. Other highlights include a semi-digital instrument cluster with a separate pod for Google-powered Tripper Navigation system.

It gets an upright handlebar and relaxed footpeg positioning to aid in touring. Expect the price of the upcoming cruiser to be more premium than the 650 Twins and a host of optional accessories could also be on offer.