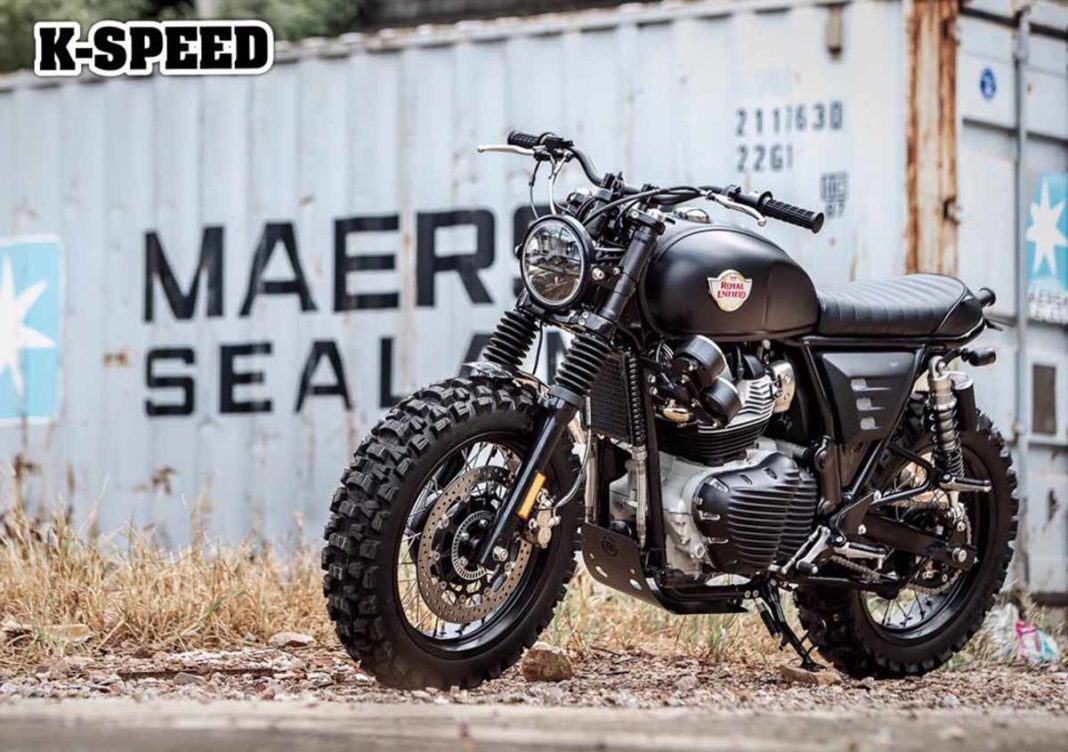 According to a recent report emerged on the internet, Royal Enfield is preparing a brand new 650 cc motorcycle. As part of its long-term strategy, the oldest bike manufacturer in continuous production will likely be introducing a scrambler based on the 650 cc platform that already spawned the Interceptor 650 and Continental GT 650.

As many as three new products are expected to be in the pipeline for debut along the course of this year or early next year and the trio will reportedly be accompanied by the Scrambler 650. Royal Enfield has enjoyed tremendous success with the existing 650 Twins in the domestic as well as international markets, since their market entry in late 2018.

They have managed to get the better of respective rivals from premium motorcycle manufacturers like Harley-Davidson and Triumph Motorcycles. Just in the last Financial Year that ran between April 2019 and March 2020, Royal Enfield retailed more than 20,000 units of the 650 Twins domestically. Since its launch in November 2018, RE recorded more than 25,000 units of the flagship duo in India.

This unprecedented feat could have spurred Royal Enfield to take chances with a brand new motorcycle based on the 650 cc platform. Just as adventure tourers, the scramblers are getting plenty of attention among Indian enthusiasts despite not having many accessible products as they desire. Royal Enfield could change that status quo.

Royal Enfield could break the stereotype and bring in a sensibly priced Scrambler 650, as aggressive pricing played a key role in the success of the 650 Twins. The BS6 versions of the Interceptor 650 and Continental GT 650 are priced at Rs. 2.64 lakh and Rs. 2.80 lakh (ex-showroom, Mumbai) respectively. Expect the Scrambler 650 to cost around Rs. 3.2-3.3 lakh (ex-showroom) assuming it has more features on-board in terms of rider assistance.

Royal Enfield’s Technology Centre at Leicestershire, England could have offered a big hand in the Scrambler’s design as well with no-frills approach, short fenders and a compact tail section. It is expected to feature LED headlamp and tail lamp, alloy wheels with tubeless tyres, dual-channel ABS system, assist and slipper clutch, USD front forks, clip-on handlebars and so on.

The Royal Enfield Scrambler 650 will more likely use the same 648 cc parallel twin-cylinder engine with 270-degree firing order. In its BSVI specification, it continues to develop 47 PS and 52 Nm in the 650 Twins, and is paired with a six-speed transmission.