Royal Enfield is currently working on as many as five all-new 450 cc motorcycles judging by an internal presentation. The dual-purpose adventure tourer based on a brand new platform while carrying a 450 cc liquid-cooled engine is expected to be the first one to arrive as it has been caught testing multiple times on public roads and it could be called the Himalayan 450.

A scrambler based on the 450 cc platform is also under development and it could be dubbed the Scram 450. While the existing Scram 411 is based on the Himalayan 411, the upcoming model will have a proper scrambler look and it will be more powerful as well. A single-cylinder 4V DOHC fuel-injected engine will be utilised across the 450 cc portfolio.

The clearest spy images of the Royal Enfield Scram 450 show the presence of a single-piece seat for the rider and pillion, a luggage rack which could be offered as an option, a round-shaped LED headlamp with a black casing, a wide handlebar, circular rearview mirrors, side-mounted upswept exhaust system, multi-spoke black alloy wheels, a slim fuel tank, etc. 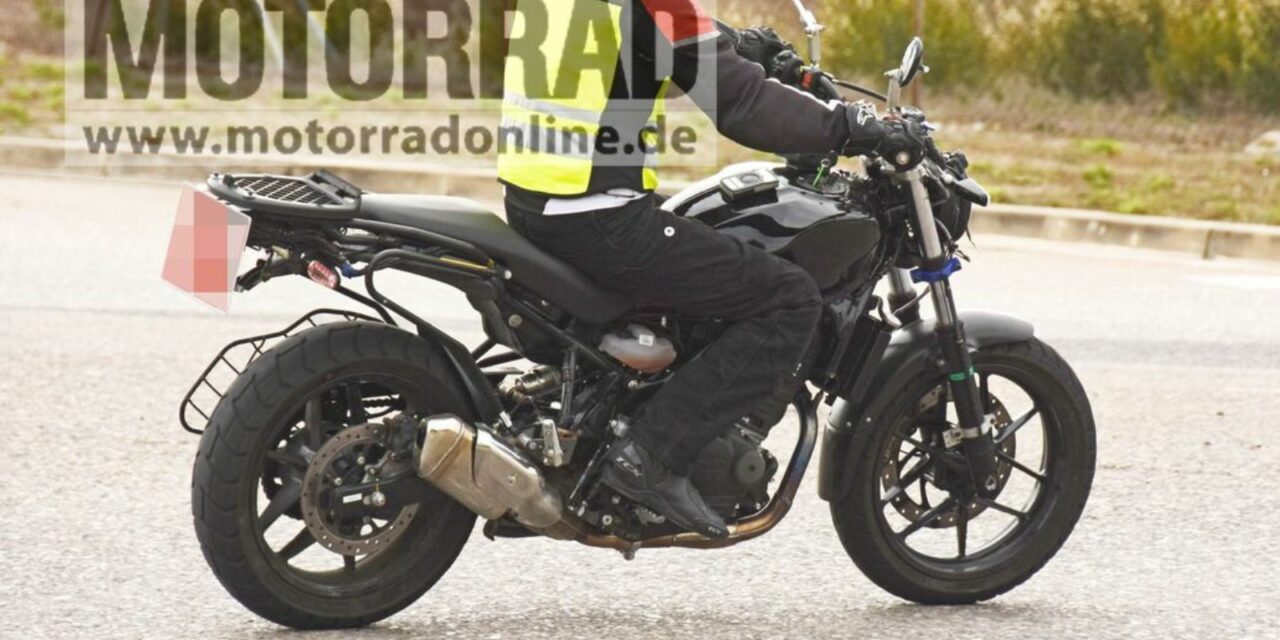 The chassis is also expected to be lighter and more agile compared to the Himalayan 411. The tubular steel bridge frame along with the load-bearing engine, bolted rear frame and central spring strut are installed almost horizontally while telescopic front forks and off-set rear monoshock do the suspension duties in the Royal Enfield Scram 450.

It is expected to weigh under 200 kilograms and cast aluminium 17-inch wheels can be seen at the front and the rear. The Himalayan 450, on the other hand, will use 21-inch front and 18-inch rear wheels with a gull-wing styled steel swingarm. Moreover, the adv’s test mule is equipped with USD contrary to the regular telescopic unit in the Scram 450. 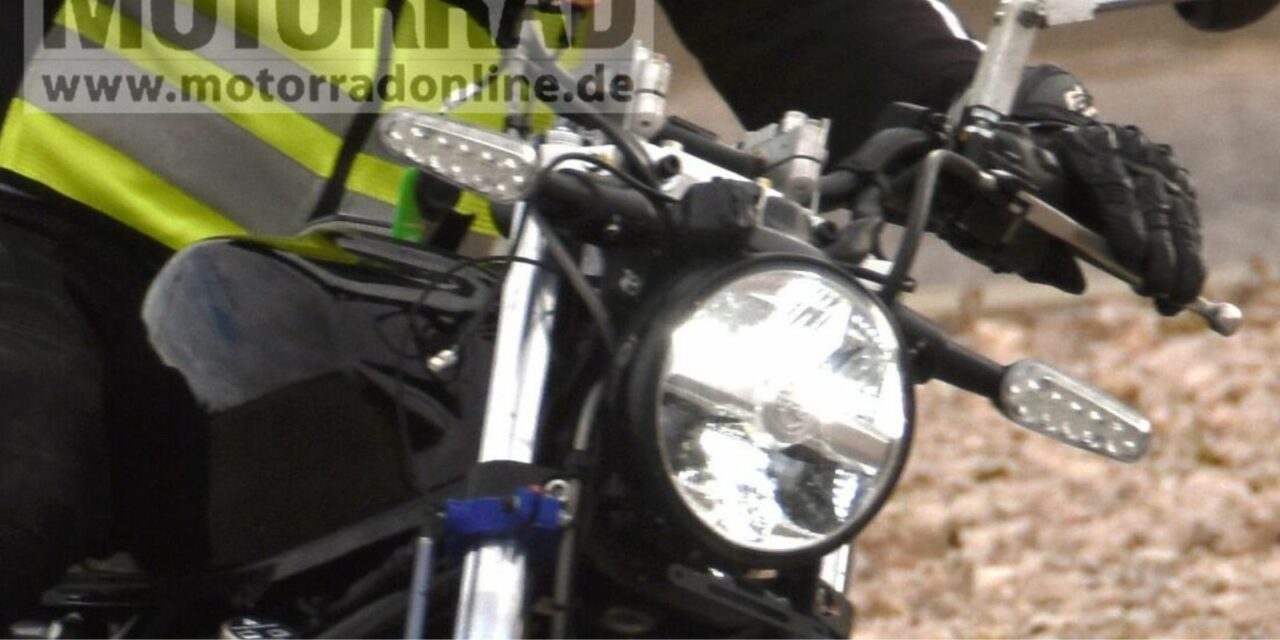 Other highlights in the Royal Enfield Scram 450 are LED turn signals, a compact rear with an LED tail lamp, disc brake at the front and the rear assisted by a dual-channel ABS system and so on. Expect the scrambler to go on sale in early 2024 and it could cost around Rs. 2.8 lakh (ex-showroom).