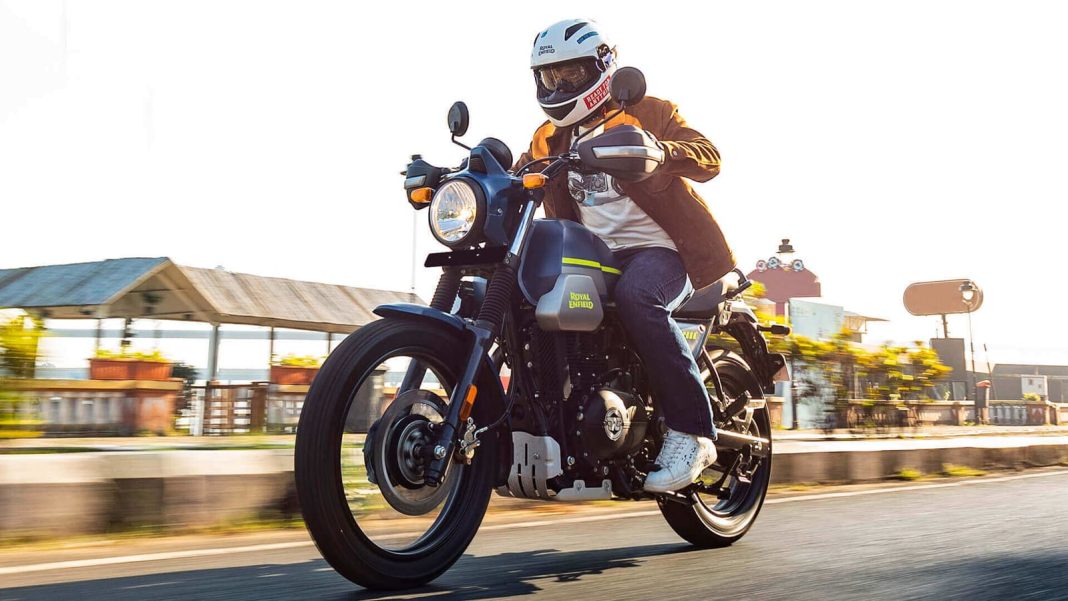 Royal Enfield Scram 411 is powered by the same single-cylinder 411 cc air-cooled SOHC engine as the Himalayan producing 24.3 bhp and 32 Nm of peak torque

Just a few days ago, Royal Enfield introduced the new Scram 411 in the Indian market and is priced between Rs. 2.03 lakh and Rs. 2.08 lakh (ex-showroom). Offered in multiple colour schemes, the Royal Enfield Scram 411 is a more road-biased version of the Himalayan adventure tourer while having several commonalities with its older sibling.

For instance, the Scram 411 is based on the same half-duplex cradle frame as the Himalayan and is suspended on the telescopic front forks with 190 mm wheel travel and a monoshock at the rear with 180 mm wheel travel. As for the braking, the same 300 mm disc at the front and a 240 mm disc at the rear are utilised, assisted by a dual-channel ABS system.

However, it does not have a switchable ABS provision seen on the Himalayan. The Royal Enfield Scram 411 is five kilograms lighter than the dual-purpose adv and it has a slightly lower seat height of 795 mm and the ground clearance stands at 200 mm (20 mm lower ride height). The major difference between the Scram 411 and Himalayan is the presence of a 19-inch front wheel as opposed to the 21-incher on the latter.

Both the motorcycles run on the 17-inch rear with the Scram 411 having block pattern tyres with on- and off-road usage in mind. It also has a different instrument cluster while the switchgear is largely borrowed from its adv sibling. As for the performance, the Scram 411 is equipped with the familiar 411 cc single-cylinder air-cooled fuel-injected engine.

The powertrain develops a maximum power output of 24.3 bhp at 6,500 rpm and 32 of peak torque delivered at 4,500 rpm. It is paired with a five-speed transmission. The Royal Enfield Scram 411 has a circular halogen headlamp, 15-litre fuel tank capacity, round-shaped mirrors and halogen turn indicators, and a tail lamp similar to the Himalayan.

It has an upright handlebar setup and lacks windscreen and metal tank braces compared to the Himalayan while a single-seat seat focuses on offering a comfortable ride. We have given link to our detailed review of the Scram 411 above as we tested it on the tarmac and well off it as well.