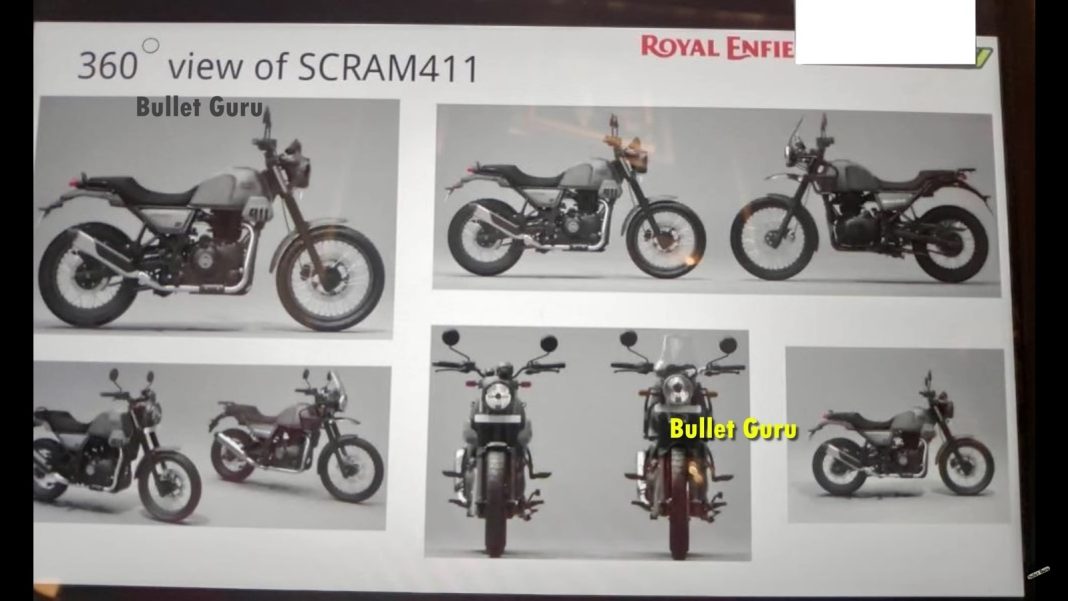 Brochure of Royal Enfield Scram 411 has leaked online, providing us new details about this soon-to-launch motorcycle

Royal Enfield is all set to launch a scrambler motorcycle in the Indian market, named ‘Scram 411’. This upcoming motorcycle has been spotted multiple times during road testing, and spy images show that it is based on RE Himalayan. New details about the motorcycle have now surfaced online, via a leaked brochure.

The brochure scans, credit to Youtuber Bullet Guru, show that the Scram 411 will have the same overall design as Himalayan, with just a few changes. The front visor and beak fender have been ditched in favour of a headlamp cowl, and the front subframe has been removed. The seat is a single-piece unit, but with the same design as on Himalayan – scooped for the rider and flat for the pillion.

The Scram will have a 19-inch wheel at the front. As opposed to the 21-inch on its ADV twin. The wheels will continue to be wire-spoked, and the scrambler seems to have wider, road-biased tyres. The ground clearance has been reduced from 220mm to 200mm. The instrument console will be different as well; consisting of an offset, single-pod, semi-digital console.

Buyers will be able to get the Tripper navigation system as a Make-It-Yourself accessory, while a bash plate will be offered as standard. Other differences include the lack of a top-box mount on the tail and tiny tank shrouds. The braking setup will be the same as Himalayan – 300mm disc at the front and 240mm disc at the rear, with dual-channel ABS.

The engine will be the same 411cc, air/oil-cooled, single-cylinder unit as Himalayan, mated to a 5-speed gearbox. This engine could be tuned differently for the scrambler, but we’re not sure yet. On the ADV, this powerplant belts out 24.3 PS and 32 Nm of peak power and torque, respectively. 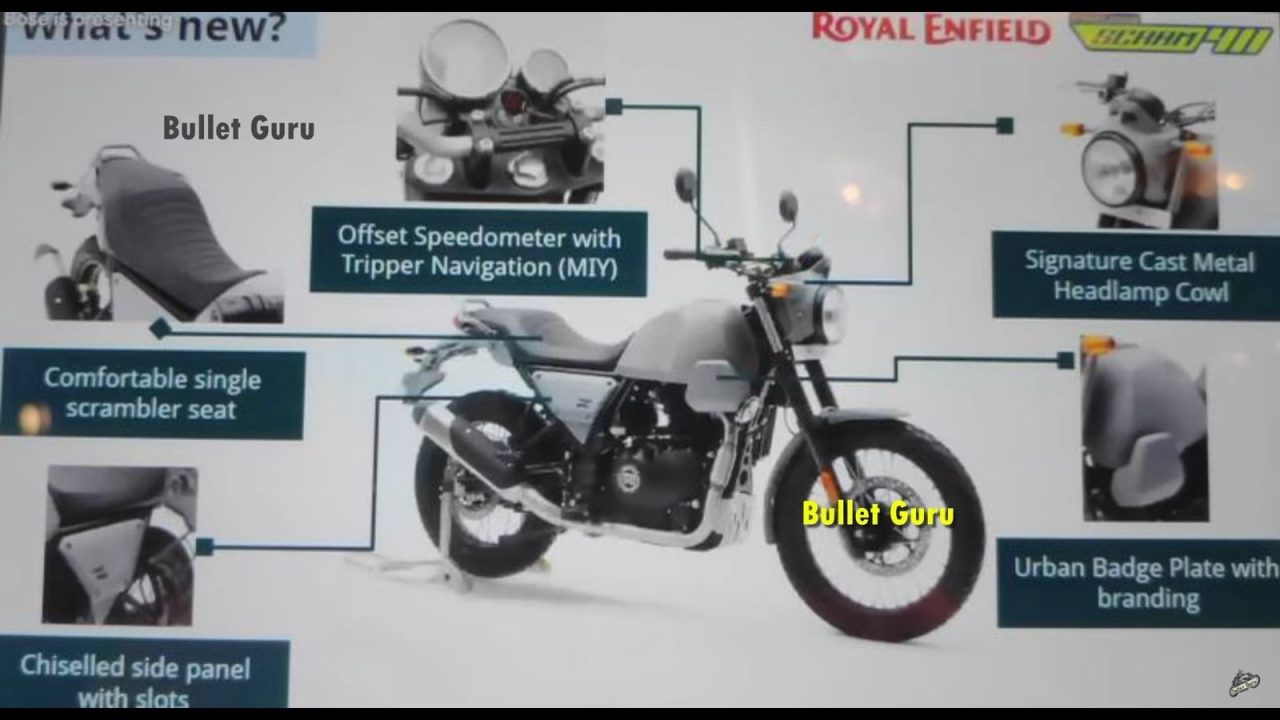 The upcoming Royal Enfield Scram 411 is expected to launch within a few weeks. It will likely be available in different colours compared to RE Himalayan, and its price will be lower than the latter. Official apparel for the motorcycle will also be released alongside. Upon launch, the biggest rivals of RE Scram 411 in the Indian market will be Yezdi Scrambler and Honda CB350 RS.