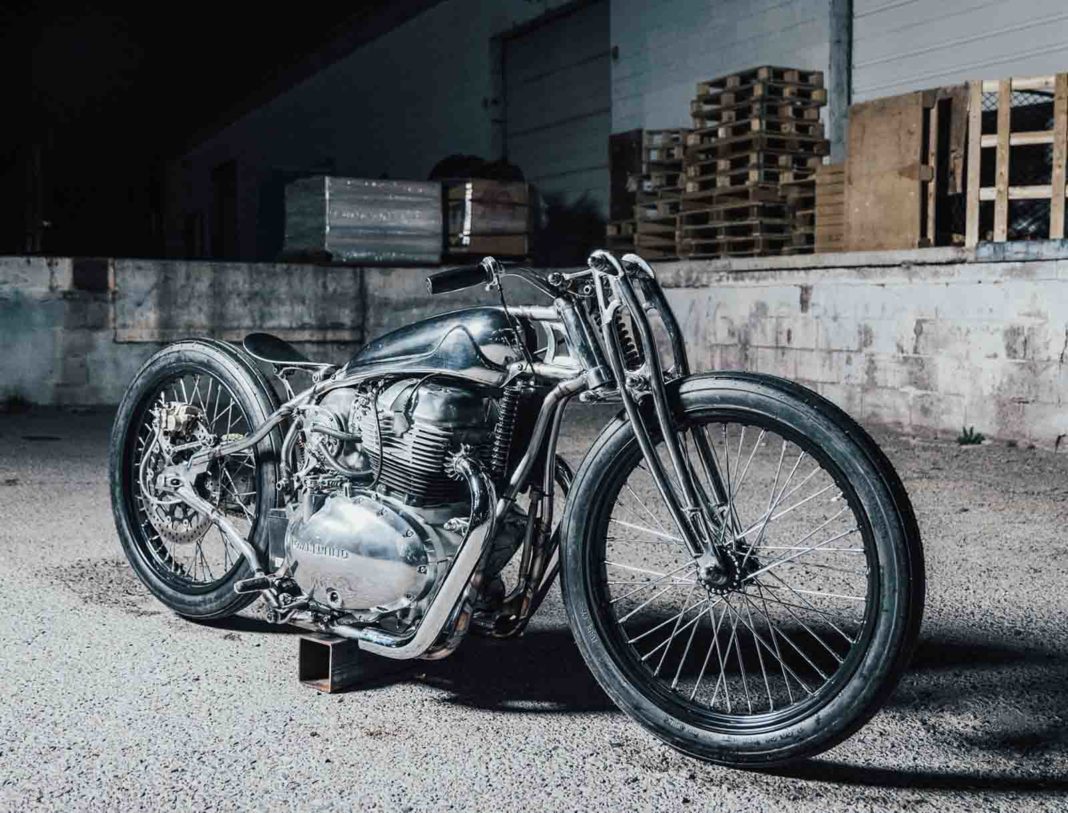 The oldest motorcycle manufacturer in continuous production, Royal Enfield, unveiled the Custom Program for a range of models back in 2016 to inspire people and instigate the creativity in them to create on their own with different ideas. The custom motorcycle fraternity has grown in recent years with modification-based houses increasing in numbers and the owner wanting to personalise REs based on their own preferences.

There is no shadow of a doubt that Royal Enfield motorcycles are preferred in large numbers for customisation due to their simplistic nature. They have always been the perfect canvas for customization and to set the bars up higher, Royal Enfield recently revealed the ‘Kamala’ based on the Continental GT650 and it was built by Cristian Sosa of Sosa Metalworks.

The Kamala takes inspiration from the vintage board track racers, as the lean form and large thin wheels are aligned to fit the 648 cc parallel twin-cylinder engine at its core. Amidst borrowing design from the exciting category of vintage motorsports, it is also an original creation in more ways than one. For instance, the metalworks stands out above the rest as Cristian Sosa hand fabricated the build. 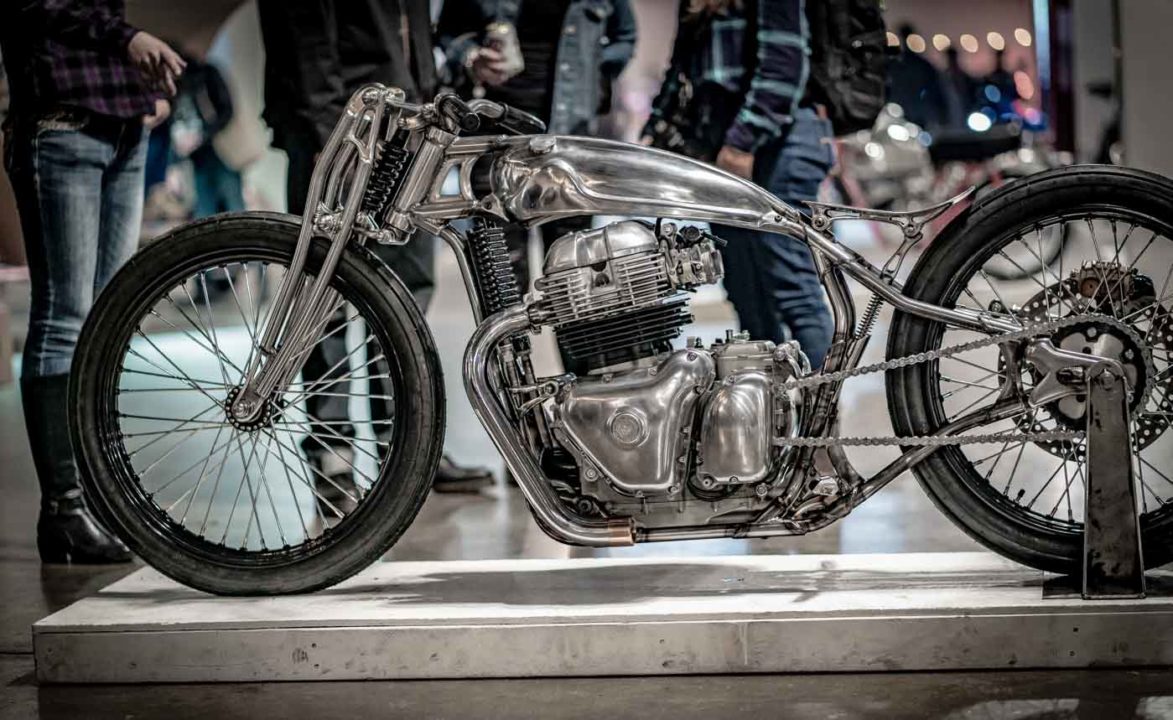 His influence can be felt right from the frame to body, suspension and the subtle yet sporty paint scheme. The Kamala made its global premiere at The One Moto Show in Portland, Oregon USA in the second month of this calendar year and it won one of the top awards at the show despite not fully ready in terms of its finish.

The stripped down stance of the Kamala comprises of the use of steel, aluminum and brass and each material is said to reflect the light differently and glowing in countless hours led to the final forms. The metalworks boasts of narrowly swept tank, complementing a bespoke rigid frame made of chromoly steel. Inspired by old REs, a girder fork up front connects the wheel to the frame and a well crafted springer seat arrangement holds the rider on a narrow spring. 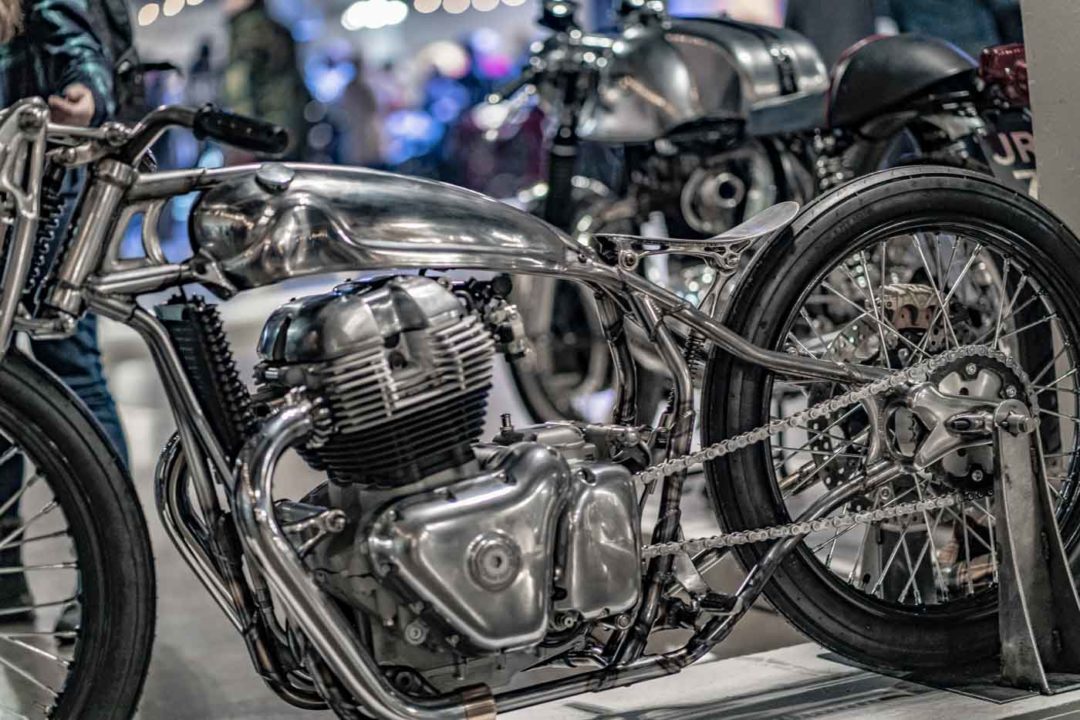 The little attention to details stands in perfect harmony to the metal construction and simple retro stance of the 650 twin motor. Cristian, who is an expert in metal designs, established Sosa Metalworks with his brother, Roberto, eight years ago. The company has risen to become one of the most respected names in metal fabrication for cars and motorcycles across the globe.