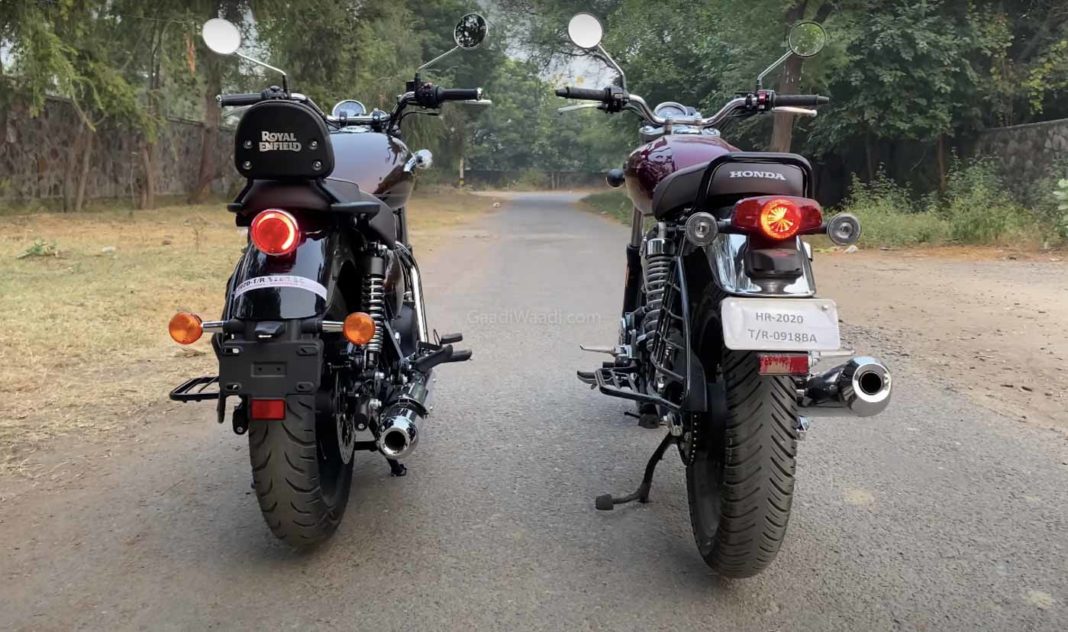 Here, we have a detailed on-paper comparison of the Honda H’ness CB350 and Royal Enfield Meteor 350, in terms of specs, design, and features

After numerous delays, Royal Enfield has finally launched the Meteor 350 in the Indian market. The new motorcycle serves as a replacement for the Thunderbird 350, which was discontinued earlier this year. The Meteor is the first of the new-generation Royal Enfield singles, and is lightyears ahead of the older models, in terms of performance, comfort, refinement, etc.

Honda also entered the retro-inspired motorcycle market space recently, with the launch of the Highness (H’ness CB350). Although the motorcycle is a roadster, it is currently the closest rival the Meteor has in our market. Here, we shall compare these two bikes in terms of specifications, design, etc., to see how they stack up against each other.

The Meteor is powered by a 349cc, air-cooled, single-cylinder engine, which generates a maximum power and torque figure of 20.4 PS and 27 Nm, respectively. Compared to the Thunderbird, the peak power figure has increased by nearly 0.3 PS, but the peak torque has dropped by 1 Nm. The biggest change, however, is the engine architecture. 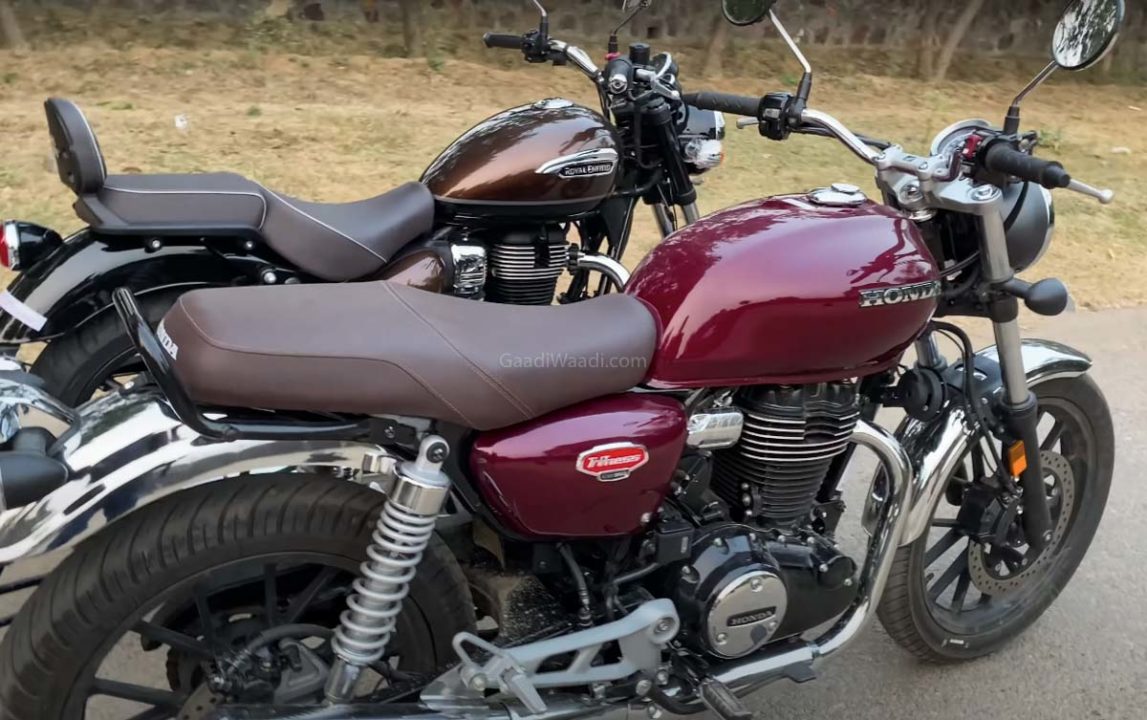 The powerplant on the Meteor now uses an SOHC setup, ditching the archaic pushrod setup of the older RE 350 singles. This results in reduced vibrations and smoother power delivery. As for the exhaust note, it still has a bass-heavy thump, although it’s much smoother now. Royal Enfield does offer replacement exhausts as official accessories, which we’re sure the fans will appreciate.

As for the Honda Highness, it also has a similar engine; it gets a 348.4cc, air-cooled, single-cylinder motor. This powerplant belts out 21.07 PS and 30 Nm, which is more than the Meteor! Not only that, but the H’ness also gets slip-and-assist clutch, along with a torque control system (which prevent the rear wheel from slipping), which make it a much easier bike to ride for newbies.  Honda has also given the H’ness a thumping exhaust note, which makes it a proper rival to the Royal Enfield motorcycles! 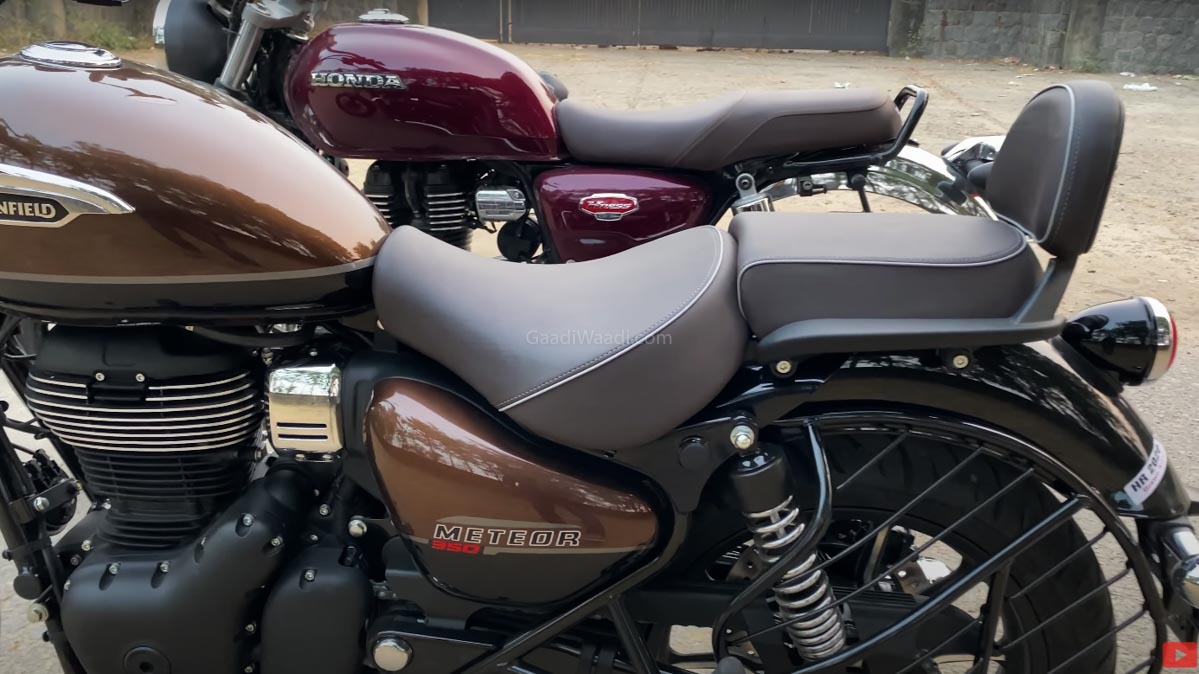 Both these motorcycles are retro-inspired, with round headlamps and teardrop-shaped fuel tank. The similarities, however, end there. The Meteor’s headlight is a halogen unit, with an LED ring around it acting as a DRL. It gets a split-seat design, low and sculpted rider’s seat, with raised handlebars and forward-set footpegs. At the tail end, there’s a round LED taillight, along with a backrest for the pillion.

The Highness, on the other hand, gets an all-LED lighting setup. The front indicators act as DRLs; they blink when in use, but remain constantly illuminated otherwise. The seat is a single-piece unit, and is relatively flat. The handlebars aren’t raised, and the footpegs are only slightly forward-set. You get alloy wheels as standard on both motorcycles, but the Meteor gets dual-tone alloys on the top-spec variant.

One of the biggest highlights of the new Meteor is its semi-digital instrument console. It gets an analogue speedometer, along with an LCD display for the fuel-gauge, gear position indicator, tripmeter, odometer, clock, and service reminder. There’s a second, smaller TFT multi-colour screen as well, which displays the turn-by-turn navigation signals. 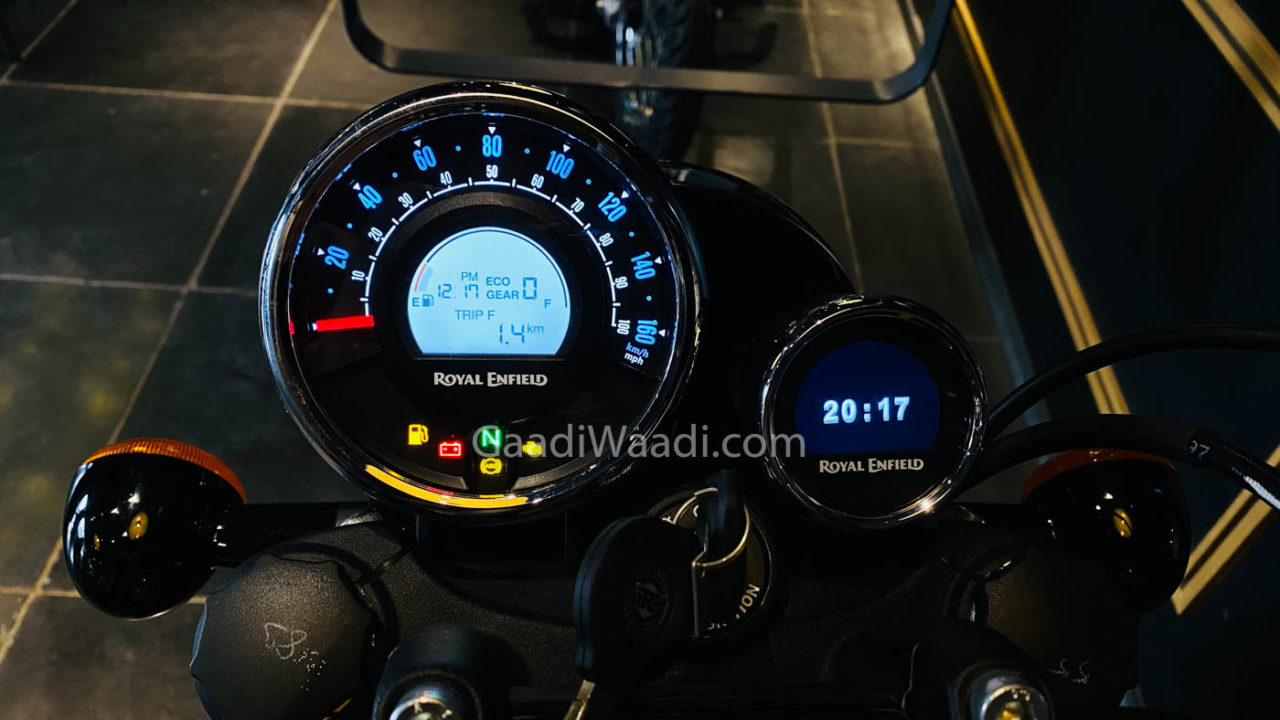 The switchgear of the Royal Enfield is brand new, with rotary dials for the lights and engine start/kill switch. These look extremely cool, and the plastic quality has improved compared to the Thunderbird (but is still behind Honda’s quality levels). On the top-spec ‘Supernova’, there’s a windscreen available as standard, and Royal Enfield has a plethora of customisation options available, including different seats, larger footpegs, and plenty other touring accessories. 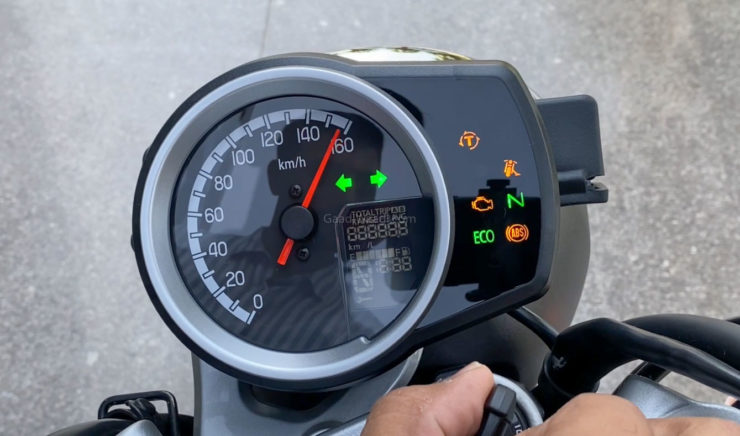 Although the Honda displays more info, the Royal Enfield has a bigger and easier-to-read console. Both these motorcycles offer dual-channel ABS and a USB charging port, but the Highness also gets Smartphone Voice Control System and a Torque Control system.

Honestly speaking, there isn’t a clear winner between the two. The Highness offers better power and torque, and is more premium as well. The Meteor, on the other hand, is more touring-oriented, and with its brilliant list of official accessories, it’s much more versatile as well. 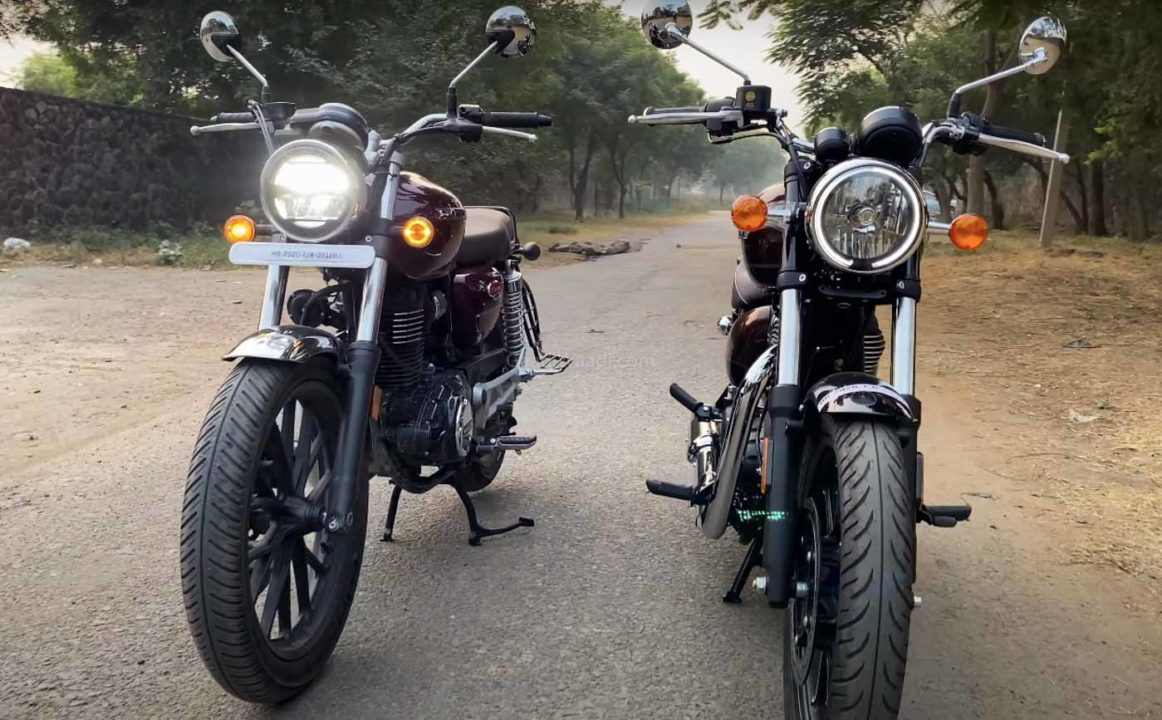 The Honda H’ness CB350 costs between Rs. 1.85 lakh and 1.90 lakh, while the Royal Enfield Meteor 350 is priced from Rs. 1.75 lakh to Rs. 1.90 lakh (all prices ex-showroom). If you aren’t the touring type, and only want a fun and charming commuter, then go for the Highness. If you have occasional highways plans, then the Meteor is the better option for you.