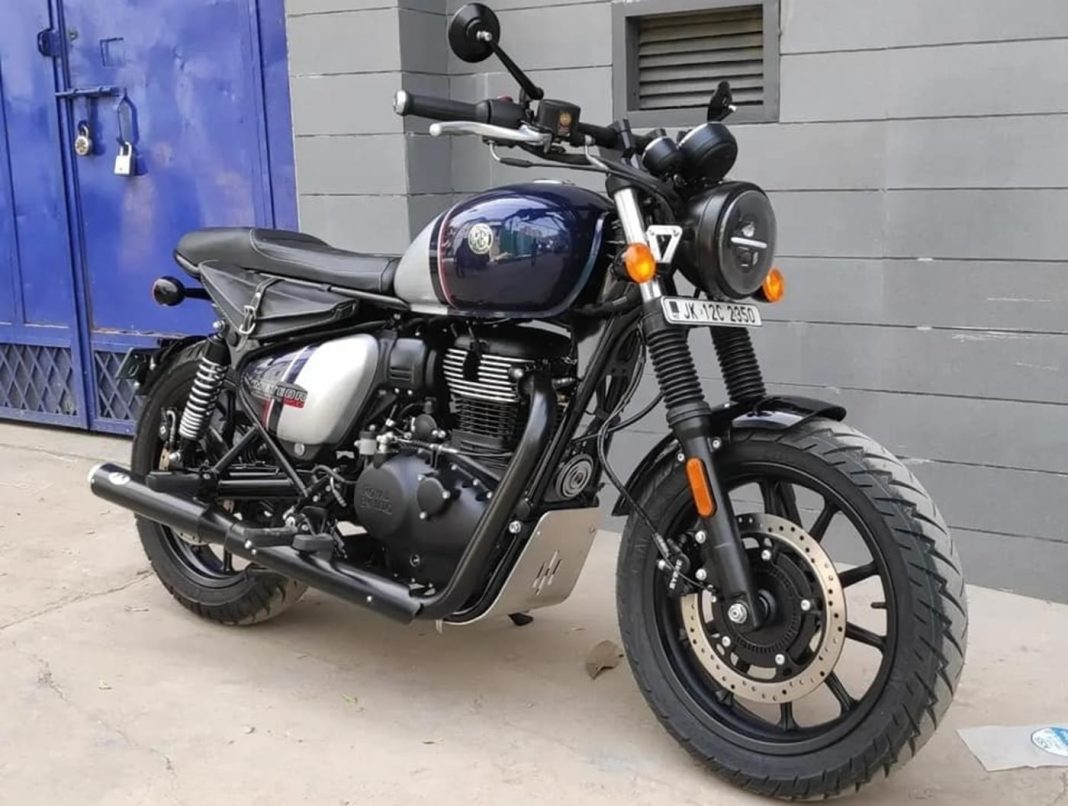 Check out this modified Royal Enfield Meteor 350, built by Modbike, which has been masterfully transformed from a cruiser into a roadster

In India, Royal Enfield motorcycles are extremely popular among motorcycle enthusiasts. They are extremely easy to work on, sourcing aftermarket parts for them is easy, and plenty of workshops across the country specialise in modifying them. As such, RE bikes are a great choice for customisation projects as well.

We recently came across a modified Royal Enfield Meteor 350 online, built by Modbike, which has been skilfully turned into a roadster! Let’s take a closer look at all the changes. At the front, we see an aftermarket headlight (with custom holder), fork gators, and a new fender. The custom handlebar, with custom tall mounts, has been installed here.

We also see a pair of aftermarket round rearview mirrors here. The motorcycle also gets a new single-piece seat, which has been stepped up in the middle, mounted on a custom-built seat frame with integrated an LED brakelight. We also see a bespoke tyre hugger, which gets an illuminated numberplate holder, and a new baseplate has been added as well. 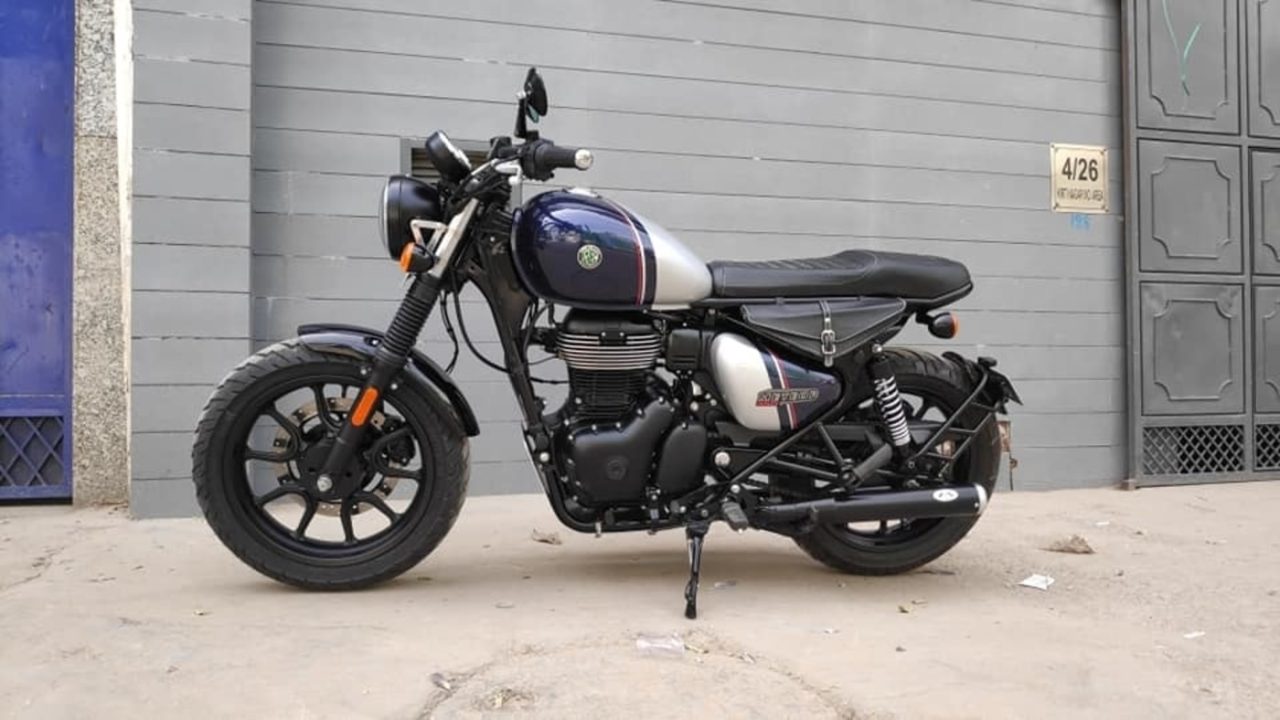 A custom exhaust system has been installed here, featuring two sleek end cans, both of which are reported to be working. Two small leather saddle bags have been added here, one on either side of the seat, further adding to the retro charm. Also, the 19-inch front wheel has been replaced by a new 17-inch one, shod with a thick 130-section tyre.

The motorcycle also sports a unique blue, white and red paint scheme on the fuel tank and side boxes, while the rest of the bike features an all-black finish. The biggest change, however, is the repositioning of the footpegs. While the stock motorcycle has forward-set footpegs, this customised model has centre-set pegs, similar to Royal Enfield Interceptor 650 and the upcoming RE Hunter 350. 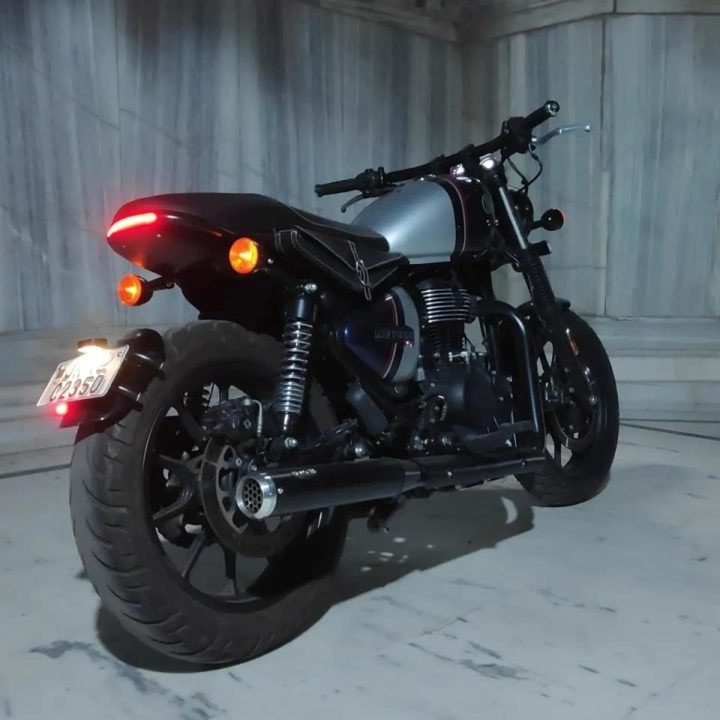 Thanks to the tall handlebar and centre-set footpegs, the motorcycle now has streetfighter-style ergonomics. The centre stand and side stand have been revised accordingly, which is great attentional to detail. Overall, this is one of the most impressive RE Meteor 350 mod jobs that we’ve ever seen.