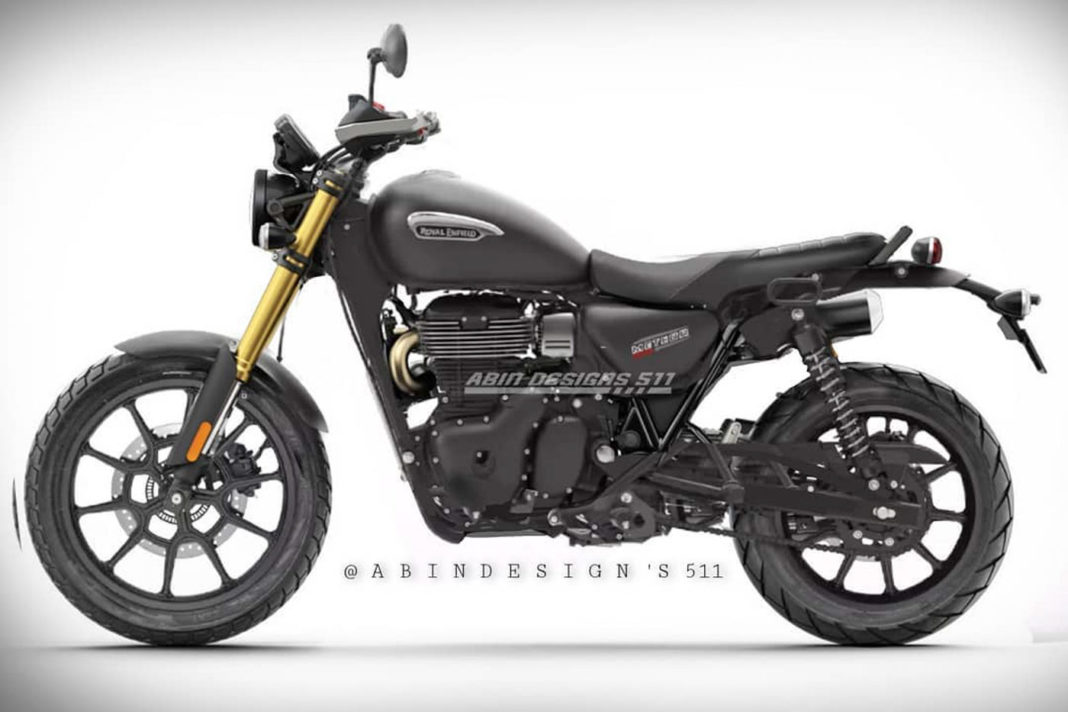 The Royal Enfield Meteor 350 was launched in the country last year, and currently serves as the only dedicated cruiser in the two-wheeler manufacturer’s Indian line-up. While Royal Enfield is currently working on introducing a range of new motorcycles in the country, a scrambler certainly isn’t a part of the immediate plans.

Nonetheless, this digital render artist has created a rendering of what the Royal Enfield 350 Scrambler could look like if the automaker were to develop it. Created by Abin Design, this scrambler is actually based on the Meteor 350, and features a range of changes over the standard bike.

The riding ergonomics have been drastically changed. The motorcycle features a flatter seat, which means that the rider will sit a bit higher than the Meteor 350. The handlebar seems to have been slightly redesigned as well, and it also comes with knuckle guards. The telescopic front forks have been replaced by a pair of golden upside-down forks. 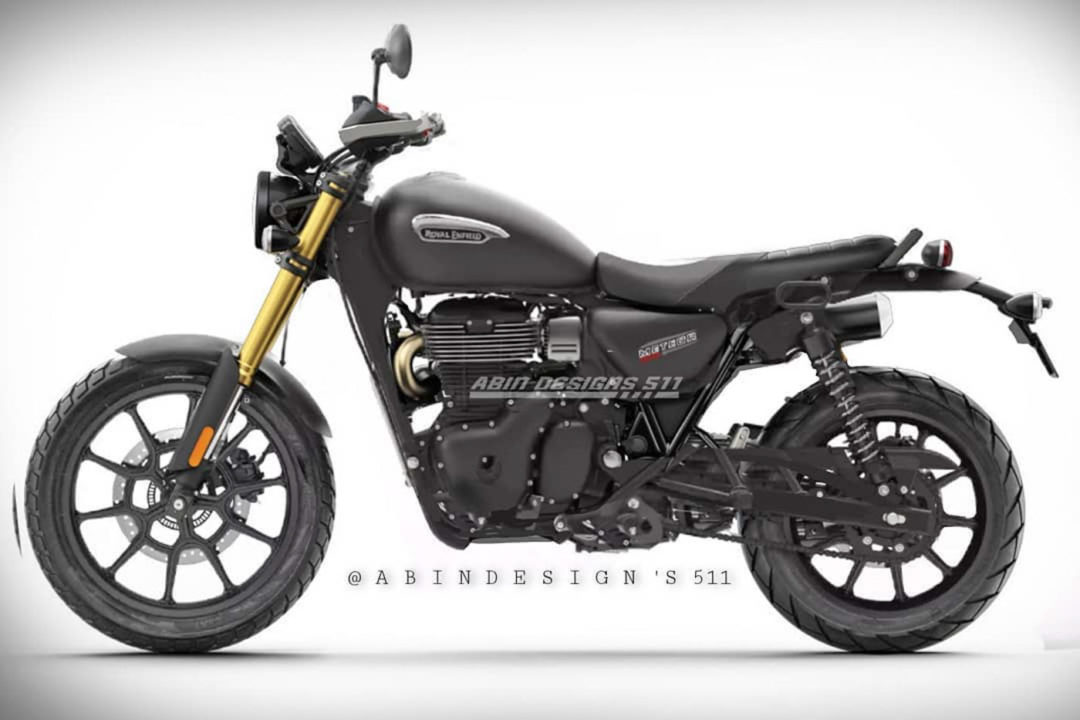 The motorcycle features dual-purpose tyres, but gets the same alloy wheels that are seen on the Meteor 350. The exhaust has also been redesigned, and it now features a distinct pipe that leads into a muffler, which is mounted much higher than the stock unit. The rear fender is also updated, and the taillamp has now been placed right behind the seat.

Also, the motorcycle seems to have gotten rid of the instrument console seen on the Meteor 350, and gets what looks like a fully-digital display instead. Powering the Royal Enfield Meteor 350 is a 349 cc air-oil cooled SOHC 4-stroke single-cylinder engine that belts out 20.48 PS of maximum power, along with 27 Nm of peak torque. The transmission duties are taken care of by a 5-speed gearbox.

As of now, Royal Enfield retails the Meteor 350 at a base price of Rs 1.78 lakh, which goes up to Rs 1.93 lakh (both prices, ex-showroom) for the range-topping Supernova variant. The motorcycle rivals the likes of Jawa 42, Benelli Imperiale 400 as well as the Honda H’ness CB 350.