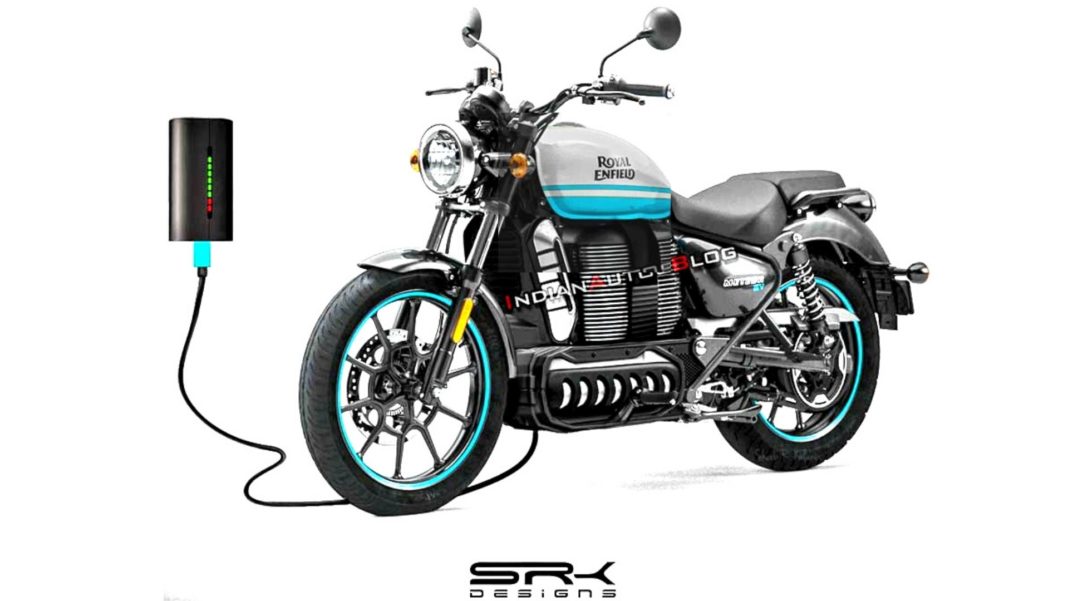 Royal Enfield has confirmed that an electric motorcycle is in the pipeline, and digitally rendered images of it are already emerging online

Last month, we had reported that Royal Enfield is planning to launch fifteen to twenty motorcycles in the next five years. Among these, there will also be at least one electric bike. While there are a lot of electric scooters available in the Indian market, electric motorcycles and cars are rather limited in number. However, as electrification of the automobile industry continues, we’ll surely see more of these in the market.

Royal Enfield isn’t the only retro-themed bikemaker in India to think about an electric offering. Classic Legends is also reportedly working on one, and we’ve been hearing news that an electric Jawa or Yezdi is in the making. With RE jumping on that bandwagon, things are sure to get heated up.

If you’re wondering what the upcoming Royal Enfield EV might look like, take a look below. Here, we have a digitally rendered image, created by Shoeb R. Kalania from IAB, which imagines the recently-launched Meteor 350 as an electric motorcycle. Let’s go through all the details and changes that can be seen here. 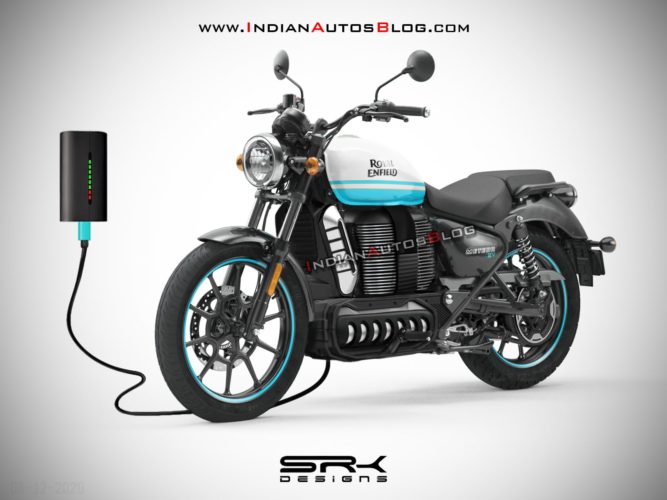 The motorcycle also sports a white and blue paint scheme, which is quite popular among electric vehicles. The blacked-out alloy wheels get blue pinstripes, which look quite pretty. Other than that, the motorcycle remains the same as the regular Meteor, with a round headlamp, high handlebars, forward-set footpegs, and a split seat setup.

The upcoming electric Royal Enfield motorcycle will probably hit the market in 2023, and at the moment, we have absolutely no information about it. It could be based on an existing model, or it could even be a completely new bike. All we can do is speculate till the first spy pictures emerge or the specifications leak. Keep watching this space for more info about it.