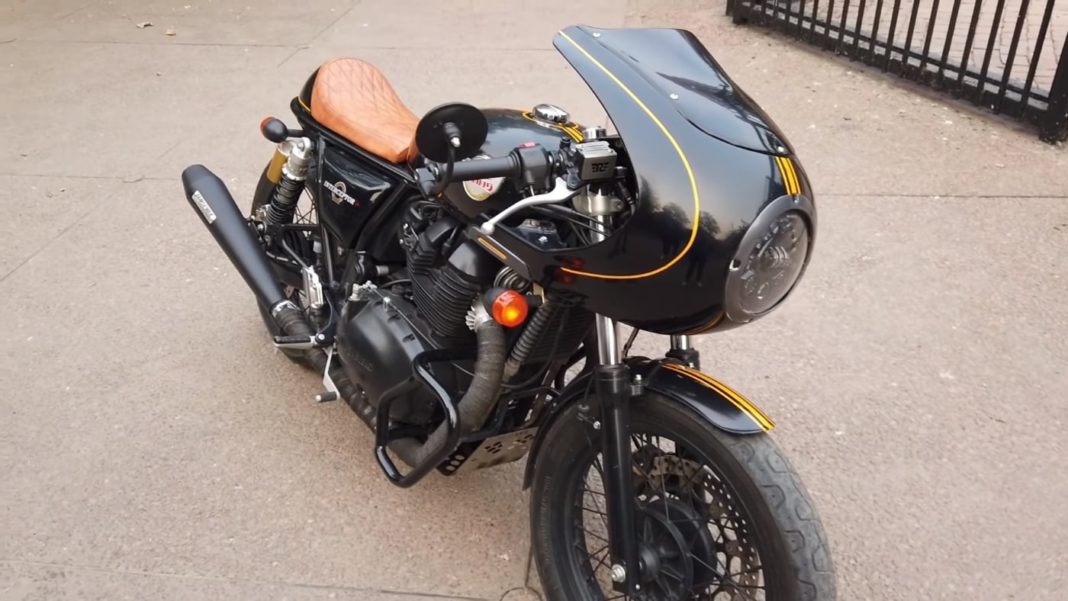 Check out this pretty-looking custom RE Interceptor 650, which has been built by a recent college graduate during the lockdown

In India, Royal Enfield enjoys a cult status among motorcycle enthusiasts. The brand only deals in retro-themed motorcycles, and even though it’s a niche market, the company enjoys a good demand in our market. Customised Royal Enfield bikes are also quite popular in India, and we’ve seen a few examples of some brilliantly modified ones, on the street as well as online.

Here, we bring you another modified Royal Enfield motorcycle, owned by Babar Farooq, which started life as an Interceptor 650. The process of procuring parts for the custom build began during the lockdown, and as soon as relaxations happened, he began ordering the parts. The motorcycle sports a lot of visual changes, including a custom all-black paint job with yellow pinstripes.

At the front, we see a new fibreglass cowl, which looks extremely sporty. The headlamp is a new LED unit, and the turn indicators have also been changed. The tail end of the frame has been chopped short, and a new taillight has been added. The rear looks quite tidy now, but the lack of a mudguard is sure to be a pain during monsoons.

All the chrome-finished parts, like the engine and wheels, have been blacked-out as well. The exhaust pipes have been wrapped neatly, and the end cans are custom units. The single-piece handlebar has been replaced by clip-ons, sourced from a GT 650. A new single seat has also been added, to complete the cafe racer look.

Except for the exhaust, no change has been made to the powertrain of the motorcycle. The RE Interceptor is powered by a 648cc, air-cooled, parallel-twin engine, which can generate a maximum power of 47 HP and a peak torque 52 Nm. This engine comes paired to a 6-speed gearbox, with a slipper clutch as standard. 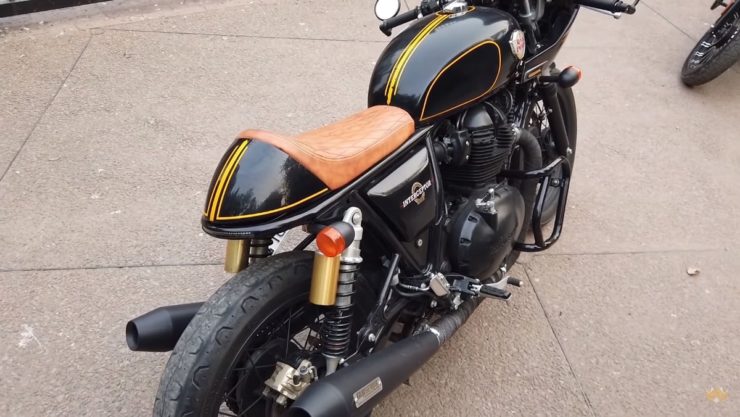 The most impressive part is that this entire mod job was performed by the owner himself, with some help from a few friends. During the nationwide lockdown this year, we saw a lot of people working on such passion projects, producing some brilliant machines as a result.