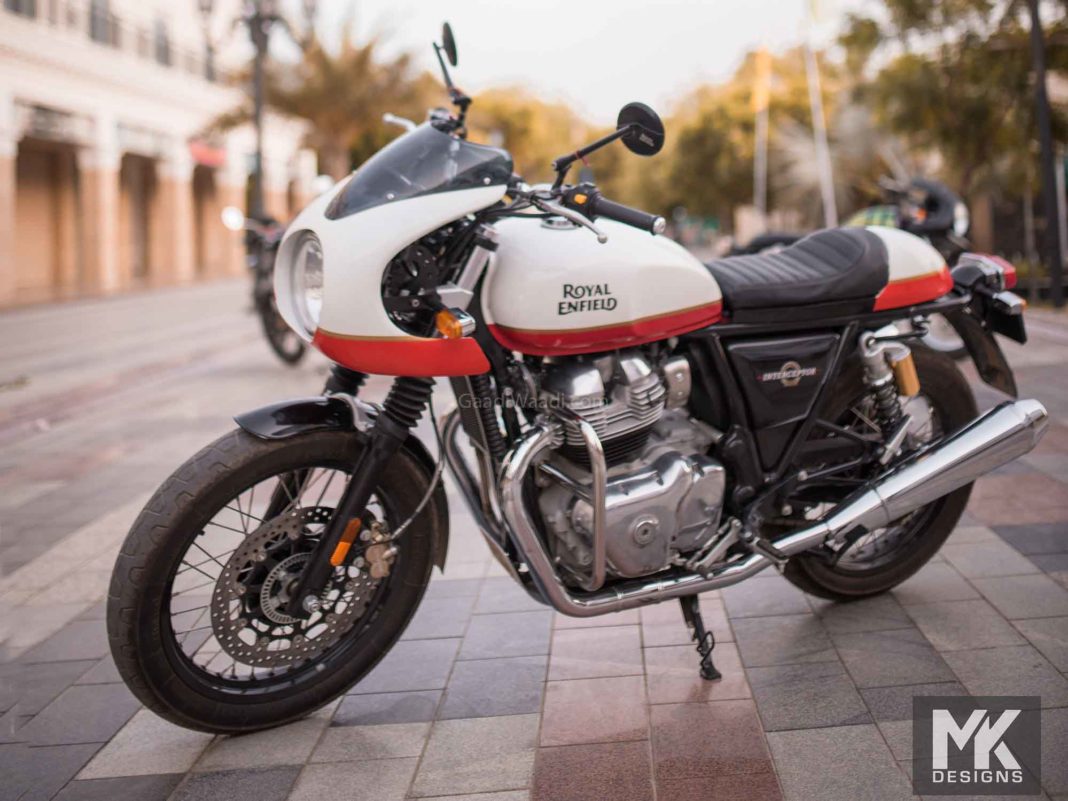 With a host of performance imporvements and a big bore kit, Hitchcocks Motorcycles improved rear end bhp at the wheel from around 40 bhp to 65 bhp

Hitchcocks Motorcycles has made an array performance improvements to the Royal Enfield Interceptor 650 and in the video linked below, the simple and effective updates that can be made to this motorcycle have been discussed to improve its overall performance alongside the modifications to the engine internals.

First modification the host talked about in the video was the replacement of the stock exhaust in favour of the Enfield precision brushed stainless steel silencer. Besides reducing weight, it comes with its own removable baffle and it can be connected straight through the system and is a straightforward process as it uses the motorcycle’s original fixing points.

An air injection delete kit has been added and the oxygen sensor removed to improve fuelling courtesy of the Dynojet power commander. A lighter front pipe stand in place of the heavier stock unit while the camshafts have also been upgraded (S&S camshaft with shims). The major highlight is the big bore kit achieved through machining out the existing liners and inserting new ones with piston rings and gaskets.

However, Hitchcocks Motorcycles has come up with an off-the-shelf kit that can be fitted straight onto the Interceptor 650. All the changes have resulted in more power and better low-end torque as the rear end bhp at the wheel has been increased from around 40 bhp to 65 bhp. To tame the increased torque, a ten-plate friction clutch plate with nine steel discs and upgraded springs have also been introduced.

The dynamometer graphs have also been included in the video giving us a detailed look into the power and torque improvements. The Interceptor 650 and Continental GT 650 rose to prominence in no time in the domestic as well as international markets, and over the last couple of years or so we have seen some spellbinding modifications and performance improvement kits from tuners.