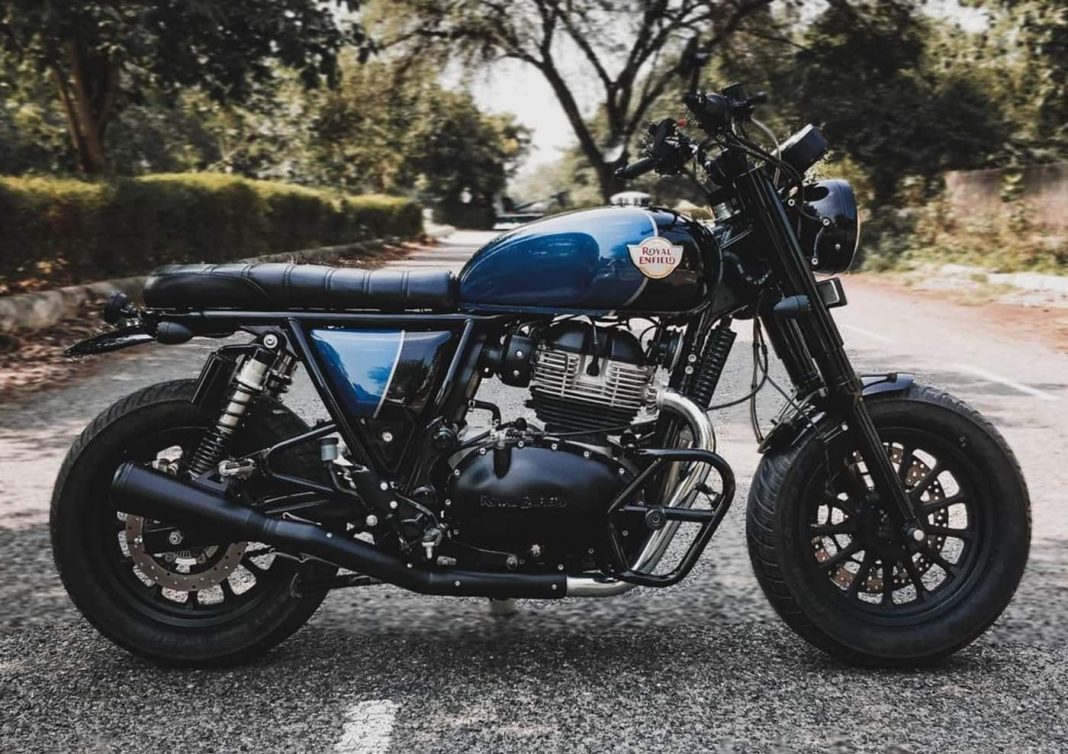 Here, we bring you an RE Interceptor 650-based scrambler, which sports a dual-tone paint job and a few other aftermarket bits

Back in 2018, Royal Enfield first launched the Continental GT650 and Interceptor 650 in India. Affectionately known as the ‘650 twins’, these two RE motorcycles quickly rose in popularity in the Indian market, thanks to their extremely aggressive price tag and lively performance. Also, like other Royal Enfield motorcycles, the 650 models have now become a popular base for custom-built projects.

The motorcycle featured here is a custom scrambler-style model, which is based on RE Interceptor 650, built by Neev Motorcycles. Called ‘Typhoon 650’, the bike features a beautiful dual-tone paint job, seen on the fuel tank and the side panels, consisting of Royal Blue and Black, with a thin silver strip where the two colours meet. The paint job looks extremely beautiful, and to match with it, the motorcycle gets a lot of blacked-out bits.

The engine assembly features a black finish on a few sections, and all-black treatment has been given to the handlebar, the gas canisters on the rear shock absorbers, etc. The exhaust pipes feature a chrome finish till the halfway point, past which custom pipes and exhaust cans have been installed, which look extremely cool and sporty. 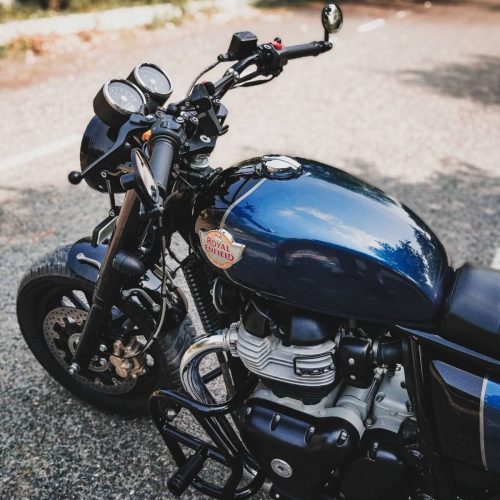 Aftermarket fenders have been installed on both ends, front and back, which are much shorter than stock ones. A new taillight has been installed here, along with aftermarket turn indicators. The motorcycle also gets a new seat, which looks well-padded and comfy. A crash guard has also been added, positioned ahead of the engine casing.

Apart from that, this custom RE Interceptor 650 also gets new triple clamps and fork covers, which add muscle to the front end. We also see bar-end mirrors here, along with blacked-out brake and clutch levers. The bike also sports aftermarket alloy wheels, shod with regular tyres (not off-road tyres). Street tyres reduce the scrambler feel here, but are much more practical for everyday use. 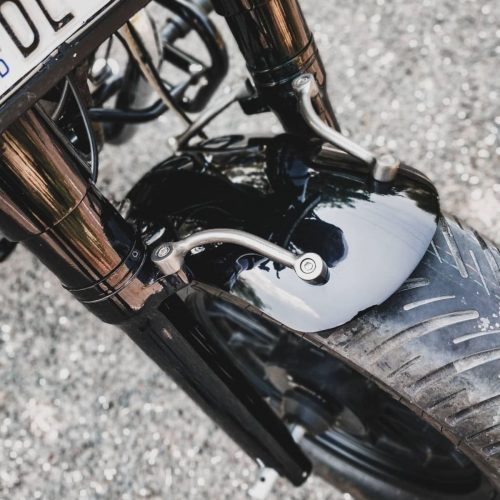 We’re not sure if any changes have been made to the powertrain. As stock, Royal Enfield Interceptor 650 generates 47.65 PS and 52 Nm of peak power and torque, respectively, from its 648cc parallel-twin motor, and offers a 6-speed transmission (with slipper clutch) with it.