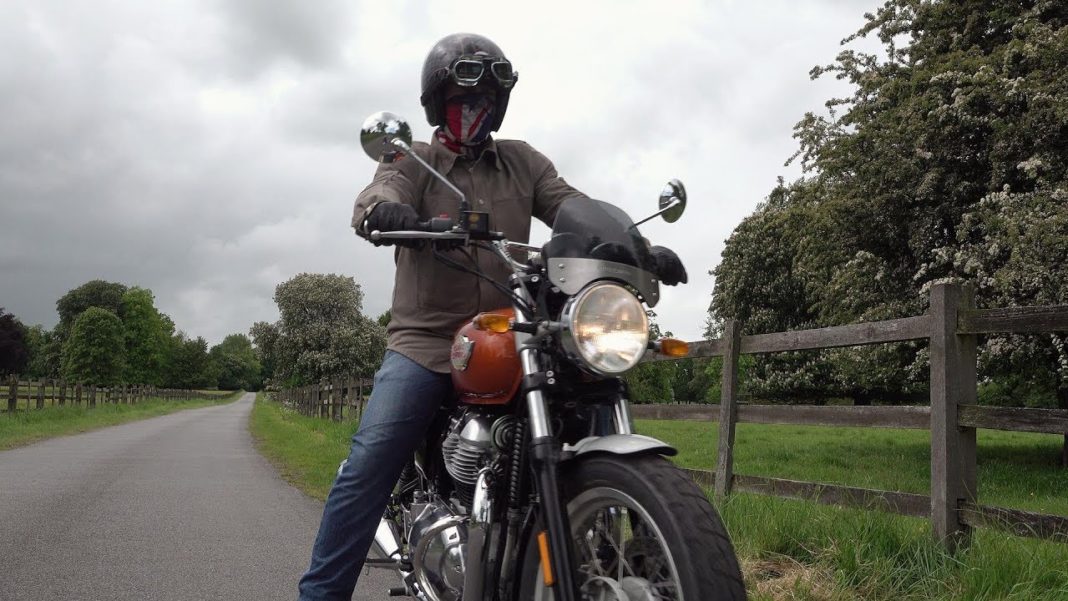 Royal Enfield Interceptor 650 has been well received in India and globally but how does it stack up against Triumph Bonneville T120? Find out below!

Royal Enfield introduced the Interceptor 650 and Continental GT 650 in November 2018 and both have proven to be big hits for the Indian manufacturer not just locally but across the globe. The 650 Twins compete against the entry-level motorcycles from the Harley-Davidson and Triumph’s stables and they have indeed decimated the competition with a highly aggressive price range in India.

Here we have included the straight up comparison between the Royal Enfield Interceptor 650 and the Triumph Bonneville T120 from Stuart Fillingham’s Youtube channel as he dissects the main characteristics of each motorcycle and compares them in a comprehensive manner. A few months ago, Triumph Motorcycles launched the Bonneville T100 and T120 Black editions in India for Rs 8.87 lakh and Rs 9.97 lakh respectively (ex-showroom).

The Bonneville range of motorcycles is the best-seller for the British premium brand in India and also worldwide and thus pitting the Interceptor 650 against the T120 makes all the sense but on paper it is not the case. The Bonneville T120 uses a bigger 1,200cc parallel-twin, liquid-cooled, fuel-injected engine as opposed to the 900cc motor found in the T100.

The powertrain is coupled with a six-speed gearbox and it helps in kicking out a maximum power output of 80 PS and 105 Nm of peak torque. With a classic stance, it gets a host of rider assistive and safety technologies. However, in comparison, the Interceptor 650 is a no-frills flagship motorcycle from Royal Enfield with a dual-channel ABS system and slipper clutch.

At the heart of the Royal Enfield Interceptor 650 is an agile chassis developed at the company’s UK Technology Centre in association with frame builder Harris Performance. It features a 648 cc air and oil-cooled, parallel, twin-cylinder engine producing a maximum power output of 47 PS and 52 Nm of peak torque. It is paired with a six-speed transmission.

The reviewer says the Interceptor 650 does get the edge in terms of design and acknowledges that both are designed for similar purposes – light touring, daily commuting, weekly getaway, etc. He concluded by saying that he couldn’t choose between the two and it depends on the personal preference of the customer and the justification he gives to himself in spending on a motorcycle.