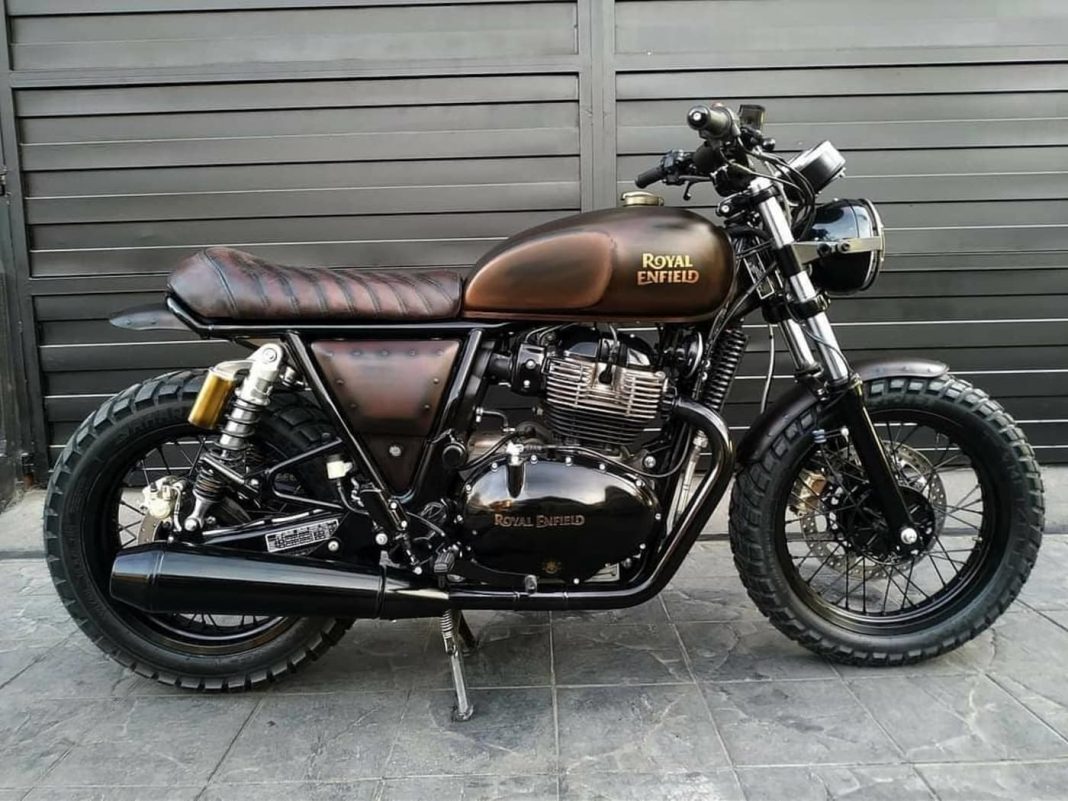 Check out this modified Royal Enfield Interceptor 650 from Argentina, which has been turned into a lovely, earthy-looking scrambler

Royal Enfield is the most popular premium motorcycle brand in India, particularly among custom builders. Thanks to the relatively simple architecture of RE motorbikes, along with strong aftermarket support, they are extremely easy to customise. Lately, Royal Enfield motorcycles have been gaining popularity in foreign markets as well. Plenty of modified examples have also been popping up online, built by custom garages overseas.

Here, we have a modified Royal Enfield Interceptor 650, built by Hardcore Custom, an auto workshop based in Cordoba, Argentina. This particular motorcycle features plenty of mods and looks absolutely stunning. At the front, we see a custom headlight grille, along with a sporty-looking, chopped fender.

The handlebar brace gets a new brace pad, and the rear-view mirrors have been removed. The fuel tank gets a dark brown paint job, with a muddy/rusty texture, along with golden-finished “Royal Enfield” branding and fuel lid. The same paint job extends to the side panels as well, which get an exposed rivets-style design that is also present on the front and rear fenders. 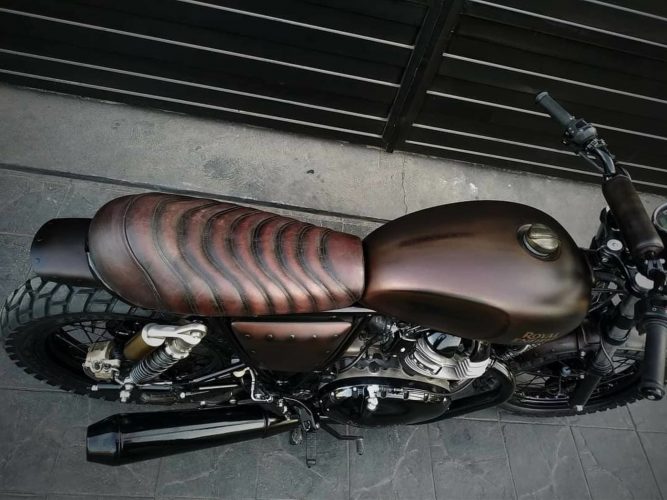 The motorcycle’s frame has been chopped short at the rear, and a new ribbed seat, seemingly made of tan leather, has been installed. The rear fender is a tiny unit, and the taillight is tinier still, positioned just below the seat at the tail end. The numberplate holder is now mounted on the left swingarm, in a vertical orientation.

The rear shockers retain the stock golden finish (on the gas canisters), which stands out in contrast with the rest of the motorcycle. The frame of the bike, the engine assembly, and the exhaust, all sport a glossy black finish now. The wire-spoked wheels have also been blacked out, and are shod with thick block pattern tyres. 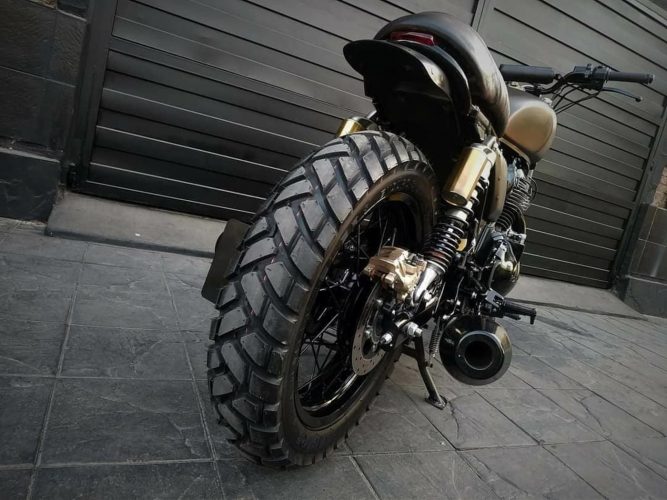 We aren’t sure about any modifications made to the powertrain of the motorcycle. A stock Royal Enfield Interceptor 650 is powered by a 648cc, air/oil-cooled, parallel-twin motor, with 47 HP and 52 Nm on tap. The engine comes mated to a 6-speed transmission, with a slipper clutch offered as standard.