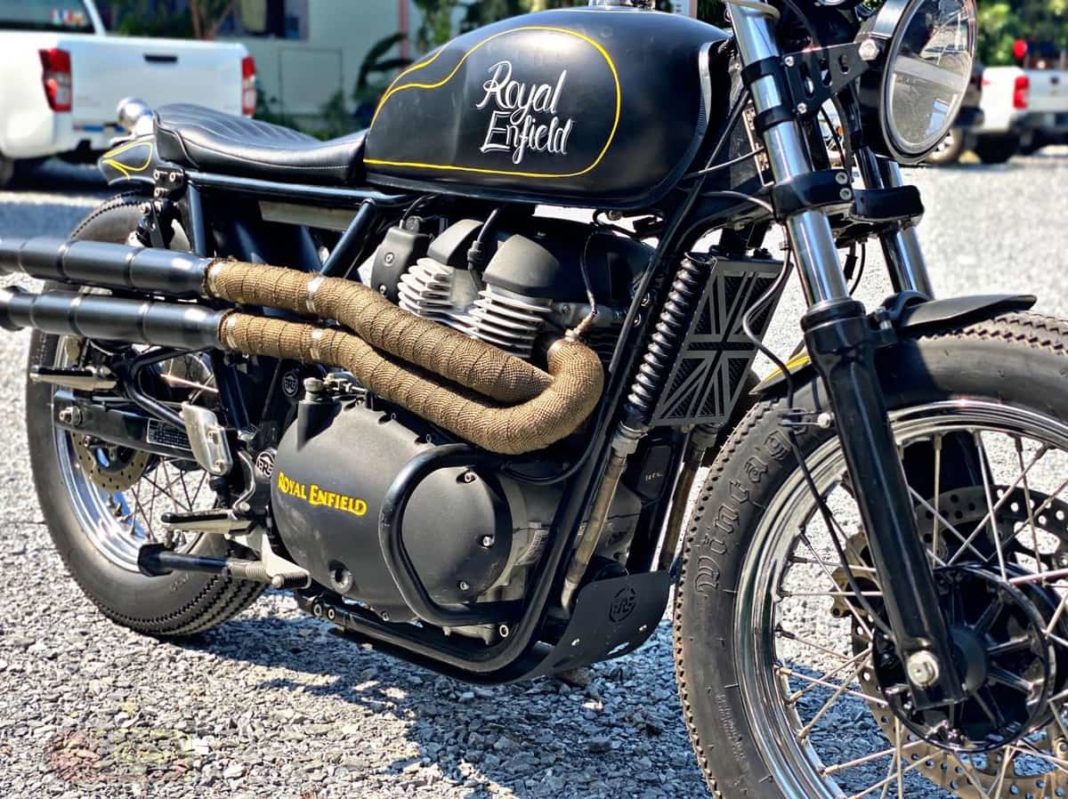 Here, we have a customised Royal Enfield Interceptor 650 from Thailand, which has been transformed into a flat tracker-style motorcycle

Royal Enfield is an extremely popular premium motorcycle brand in India, and a lot of enthusiasts enjoy modifying their bikes as per their tastes. We’ve seen plenty of modified examples of Royal Enfield bikes, from simple paint jobs to extensive redesigns, and usually, these motorcycles are extremely pretty to look at.

Here, we have one such modified RE Interceptor, but this one isn’t from India. Built by OK Easy Shop, a custom motorcycle garage in Thailand, this bike has been turned into a street tracker. The changes are quite extensive, and a lot of custom parts have been added. At the front, we see an extremely small fender, and the stock halogen headlamp has been replaced by an LED one.

The instrument cluster and suspension are stock, but the handlebar has been replaced by a taller one. The fuel tank gets a matte dark green paint, with ‘Royal Enfield’ painted in fire-style writing. The oil-cooler gets a radiator guard, and a new sump guard has also been added to the bike. The engine gets a few matte black parts, and the exhaust system has been rerouted, with both pipes running high right side of the bike. 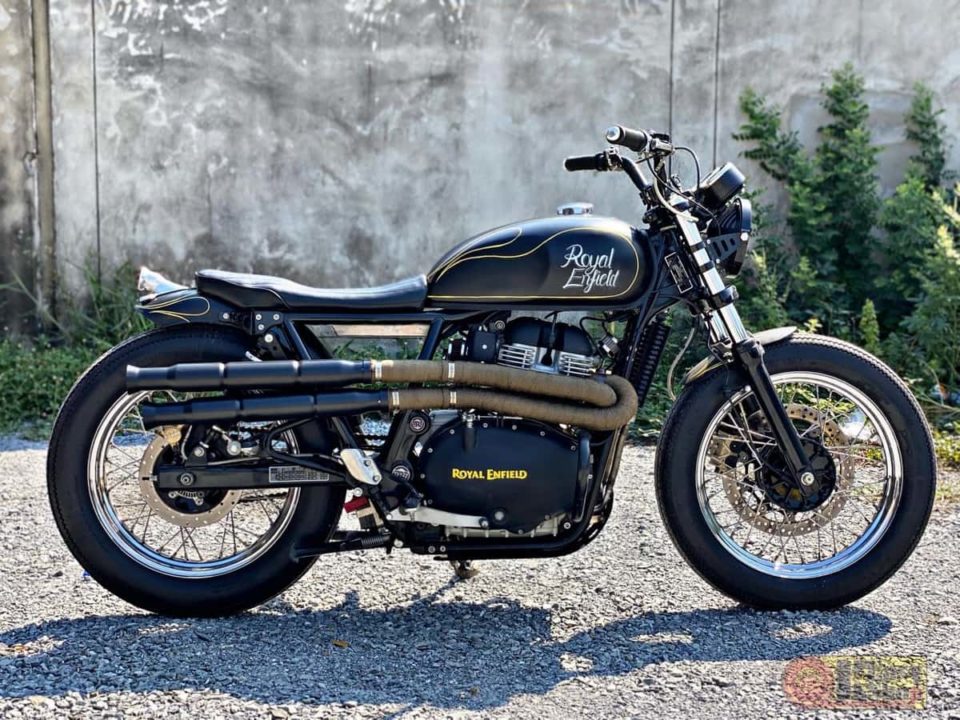 The centre panels have been removed on both sides, and the battery’s position has been changed. A smaller seat has been added, and the rear fender has been chopped short. A custom taillight and new rear suspension have also been added. The motorcycle continues to sport 18-inch spoked wheels on both ends, but with new balloon tyres.

The powertrain of the Interceptor 650 remains unchanged, except for the exhaust. The engine 648cc parallel-twin engine generates 47.65 PS of peak power and 52 Nm of maximum torque. The transmission system consists of a 6-speed gearbox, along with a slipper clutch. 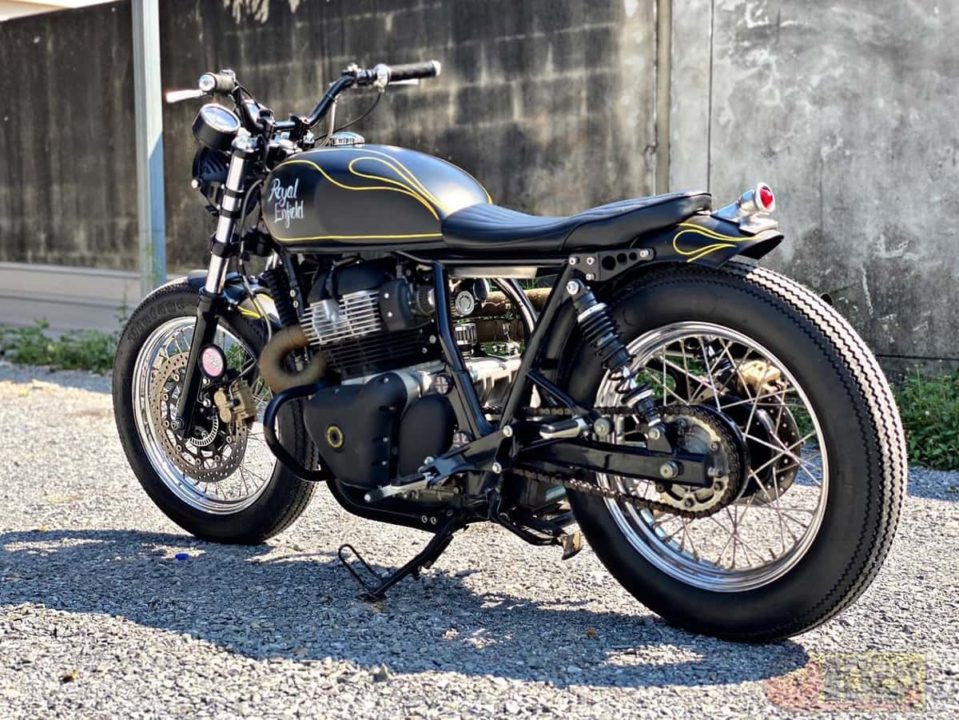