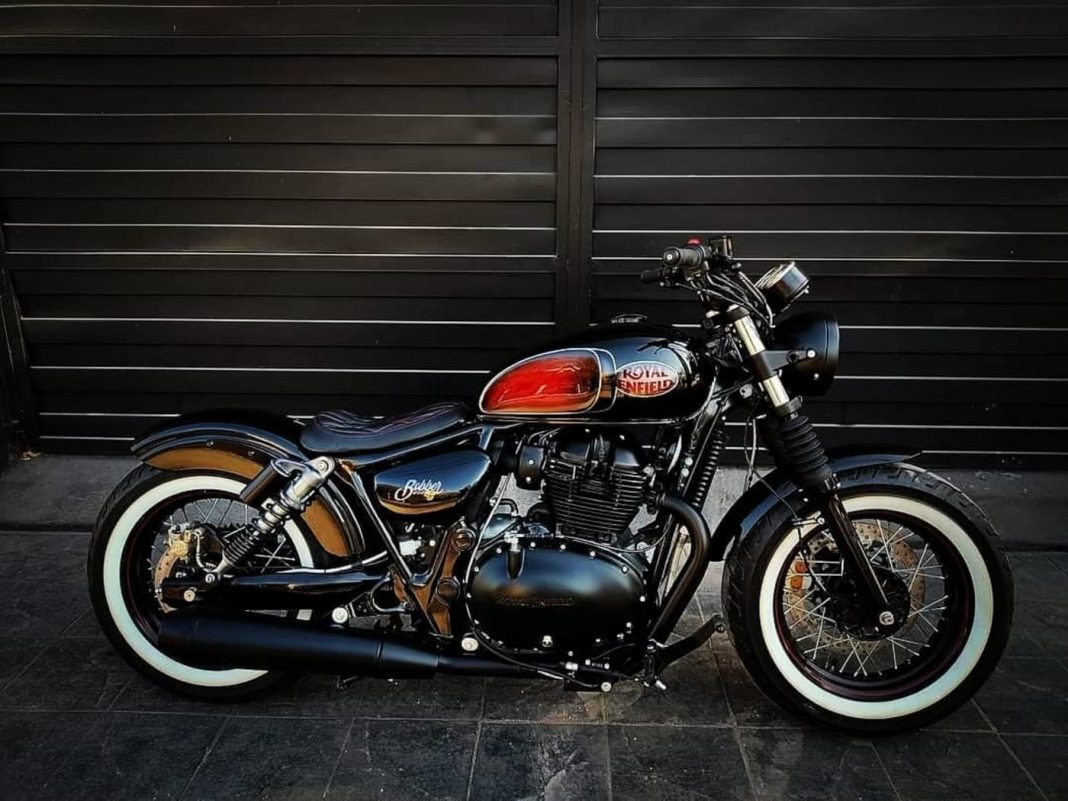 Here, we have a beautiful, custom-built bobber, based on a Royal Enfield Interceptor 650, built by Hardcore Custom

Royal Enfield Interceptor 650 was first launched back in 2018, along with the Continental GT650. Affectionately called the ‘650 twins’, both these bikes took the Indian market by storm, due to the brilliant combination of affordable price and impressive performance. RE retails them in select international markets as well, where they’ve been selling in good numbers.

Just like in India, Royal Enfield motorcycles are quite popular among custom-builders overseas as well. In recent times, we’ve seen plenty of modified RE motorcycles from foreign countries, some of which make us want to catch a flight and see them in real life! Hardcore Custom, an Argentina-based motorcycle garage, recently built one such model.

Let’s take a closer look at the design of this custom-built Royal Enfield Interceptor 650 bobber. The motorcycle continues to get a round halogen headlamp and a twin-pod instrument cluster, along with the braced handlebar, but the rear-view mirrors have been removed. The fuel tank features a lovely dual-tone paint job – Black and Red – with custom Royal Enfield branding on it. 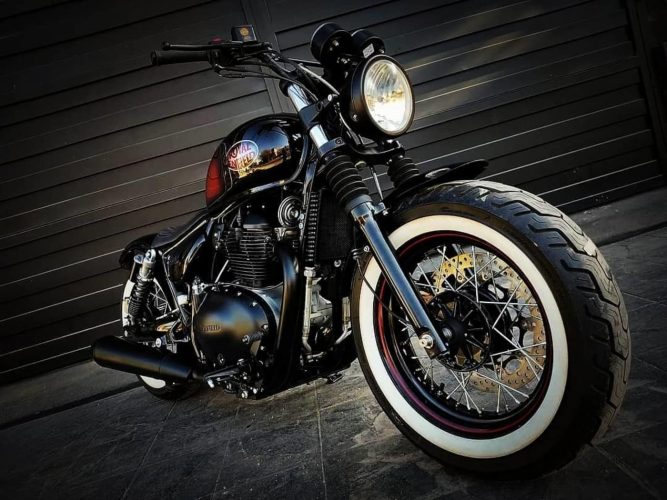 The motorcycle’s frame has been altered to make the rider’s seat and tail section lower, giving it a squatted-down look. The single seat features black leather with contrasting red stitching, which looks cool. We also see custom-made side boxes here, with ‘bobber’ branding on them. The rear suspension is now positioned at a lower angle, with the gas canister now painted black.

The engine assembly has been blacked out as well, along with the twin exhaust pipes, to give a stealthy look to the motorcycle. On both ends of the bike, we see wire-spoked wheels with black-painted rims, shod with gorgeous white-wall tyres. In a typical cruiser fashion, the rear wheel is smaller than the front. 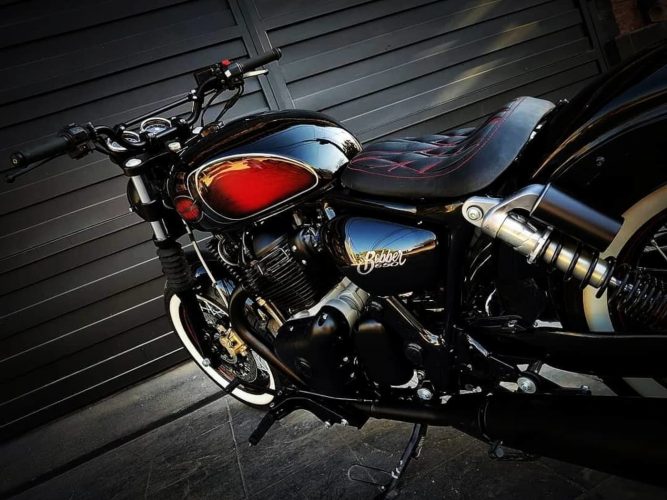 The bike also gets a custom-made swingarm for the rear wheel. Also, the footpegs have now been moved towards the front, and consequently, the rear brake mechanism and gear shifter had to be altered as well. The forward-set footpegs, paired with the slightly tall handlebar, would give the bike a comfy riding posture, perfect for touring long distances.