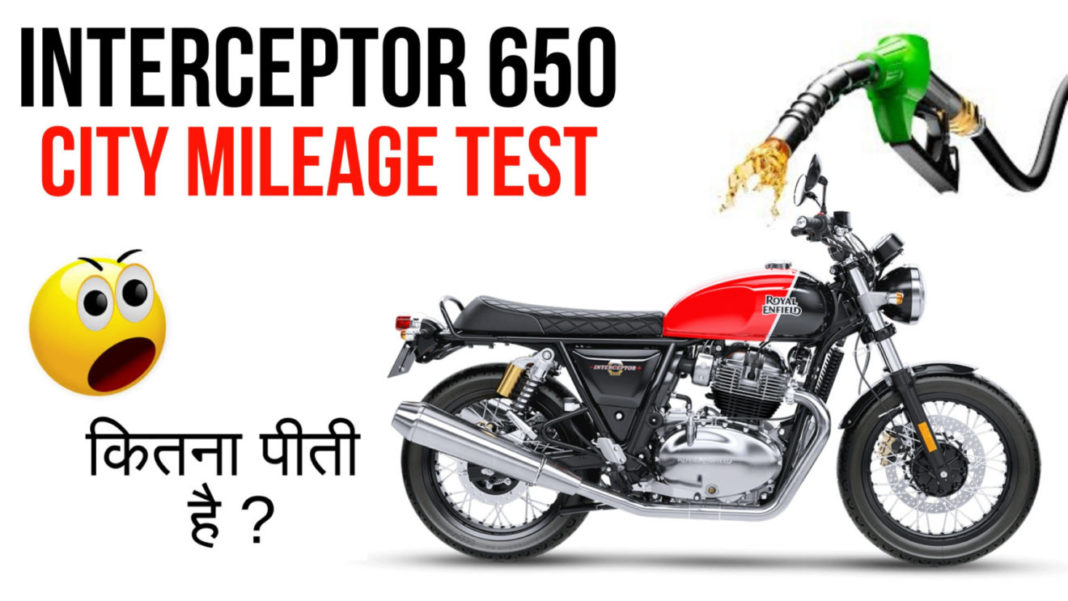 The Interceptor 650 and Continental GT 650 have been sort of a revelation for Royal Enfield as they are unlike any other motorcycles sold by the brand in the domestic market. Besides putting the Chennai-based company right on the map against premium contenders, their ergonomics and riding dynamics have keen been evaluated to be impressive.

With us having a Royal Enfield Interceptor 650 on our own, we have framed a detailed report on the fuel economy of the modern roadster just as the readers demanded. In our video, you could see the entire assignment unfold but before that I will give you a snippet here for clear understanding. We decided to test the Interceptor 650 at cruising average speed of 70 kmph as well as averaging 120 kmph.

At 70 kmph average cruising speed, the parallel twin engine returned a healthy fuel efficiency of 28 kmpl. While averaging at 120 kmph, we managed to get 15.75 kmpl from the Interceptor 650. During the typical city traffic conditions we rode the bike for over 250km, the overall fuel economy stood at 19.1 kmpl.

The Royal Enfield Interceptor 650 costed us Rs. 2.5 lakh (ex-showroom) along with Rs. 37,000 on 5-year insurance with 0% depreciation and Rs. 20,000 for RTO. The motorcycle could east past 160 kmph top speed on a long stretch and the braking confidence is ensured by the presence of dual-channel ABS system as standard fitment.

Both the Interceptor 650 and Continental GT 650 come powered by the same 648 cc parallel twin-cylinder fuel-injected engine with 270 degree firing order. It is capable of developing a maximum power output of 47 bhp at 7,100 rpm and 52 Nm of peak torque delivered at 5,200 rpm. It is mated to a six-speed transmission with Royal Enfield’s first ever slip-assist clutch as standard.

Despite using similar powertrain, both the motorcycles have distinct characteristics. For instance, the Interceptor is the more touring focussed and has less aggressive rider’s triangle compared to the Continental GT 650 with bigger fuel tank capacity and more relaxed handlebar positioning. We will conduct more tests with the Interceptor 650 to give you a comprehensive lowdown of what it can offer.