Royal Enfield will reportedly host the market debut of the Hunter 350 before the end of next month, contrary to the speculations that the retro-modern roadster will be launched in the second half of this month in India. The Chennai-based manufacturer is working on an array of new motorcycles including the next-gen Bullet, Himalayan 650, Shotgun 650, Super Meteor 650, etc.

Most of these motorcycles will pertain to India as well as global markets as Royal Enfield’s latest models have been well received locally and abroad. Royal Enfield will look to utilise the existing 650 cc platform and the twin cradle chassis debuted in the Meteor 350 to expand its product portfolio as it will enter new segments alongside concentrating on the existing ones.

The Hunter 350 will have several commonalities with the latest Classic 350 introduced last year and the Meteor 350 to keep the production costs in check. The roadster has been spotted testing on public roads for many months already and recent spy shots showed its close-to-production state and it will adapt the signature styling elements RE is accustomed to. 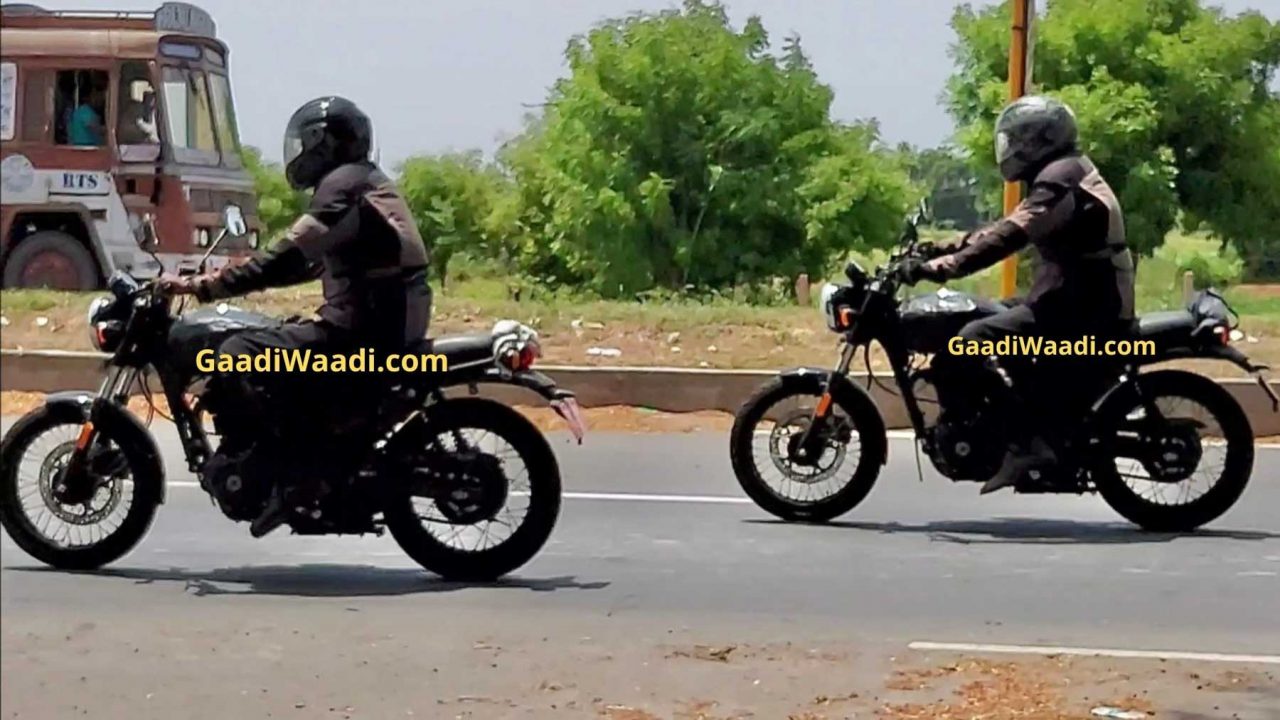 It will offer a low seat height and the kerb weight will likely be slightly lower than that of the Classic 350. It will sit on the J-series platform and is powered by a 349 cc single-cylinder OHC engine producing a maximum power output of just over 20 bhp and 27 Nm of peak torque and is paired with a five-speed transmission.

The Royal Enfield Hunter 350 will also reportedly become the most affordable model within the brand’s lineup upon launch and essentially a stripped-down version of it codenamed J1C2 is also under development. The Hunter 350 could carry a price tag of around Rs. 1.4 lakh (ex-showroom) and the deliveries could commence in August 2022.