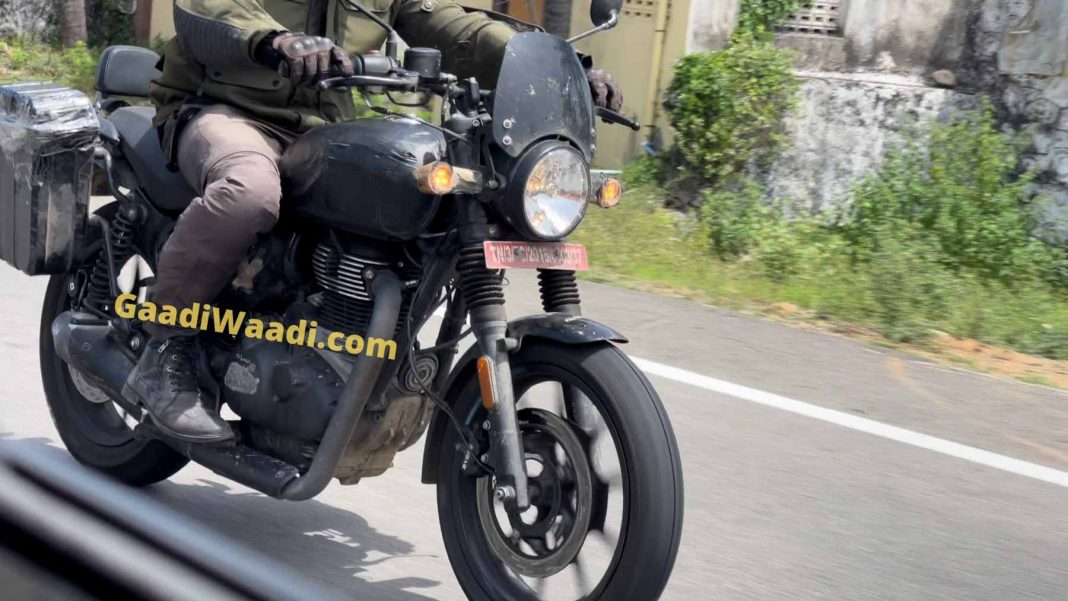 Royal Enfield is planning to unleash a new motorcycle sooner rather than later and the signs of it are here. The Hunter 350 has been on the rumour mill for a long time, as does a number of motorcycles RE has been testing over the past year or so including a trio of 650 cc motorcycles, the next-gen Bullet 350 and an all-new Himalayan 450 with a liquid-cooled engine.

The type approval document of the Royal Enfield Hunter 350 has appeared online and it gives away a number of details. Firstly, the Hunter 350 name has been mentioned on it suggesting that it will more likely be the final production name of the roadster. Moreover, its dimensional figures indicate the higher possibility of it becoming the most affordable RE ever.

According to the document, the Royal Enfield Hunter 350 will have an overall length of 2,055 mm, a width of 800 mm and a height of 1,055 mm while the wheelbase length stands at 1,370 mm and the gross vehicle weight is rated at 360 kg. In comparison to the Meteor, the Hunter 350 is 85 mm shorter in length, 45 mm narrower and 85 mm shorter in height with a smaller wheelbase length of 30 mm. 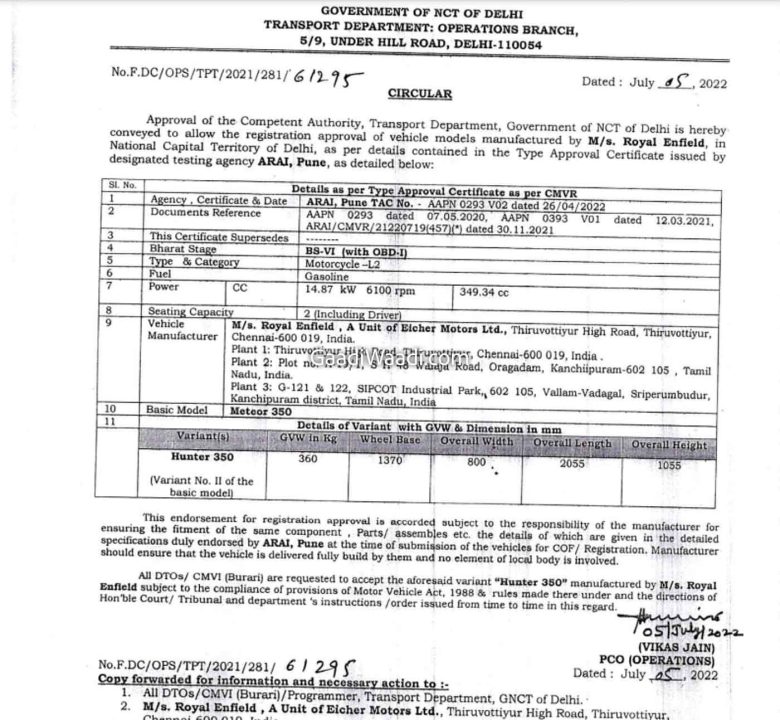 When pitted against Classic 350, the Hunter is a whopping 90 mm shorter in length and 35 mm shorter in height but wider by 15 mm. The wheelbase length is 20 mm longer in the Classic as well and is heavier by 15 kg. The proportions suggest that the Hunter 350 will be slotted well below the existing range of RE motorcycles and expect the price tag to be around Rs. 1.6 lakh (ex-showroom).

If it turns out to be the case, it will take on a number of touring-based oil-cooled motorcycles in the 250 cc range along with the recently launched TVS Ronin. It is underpinned by the same double cradle frame as the Classic and Hunter and will be offered with single- and dual-channel ABS options. It will be suspended on telescopic front forks and twin rear shock absorbers. 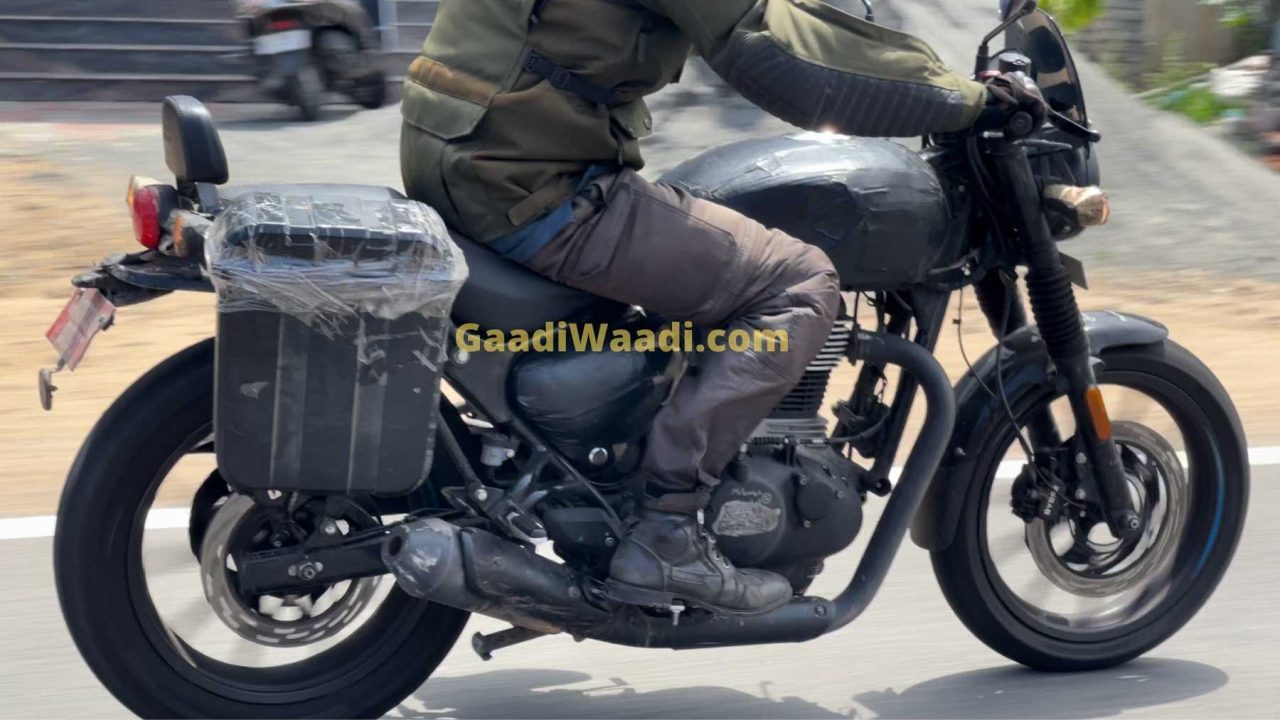 As for the performance, the same 349 cc single-cylinder OHC air- and oil-cooled engine producing just over 20 hp and 27 Nm will be utilised, paired with a five-speed transmission. RE will offer a host of accessory options with the upcoming Street Twin-inspired roadster and it will also boast a semi-digital cluster with possible Tripper Navigation connectivity.