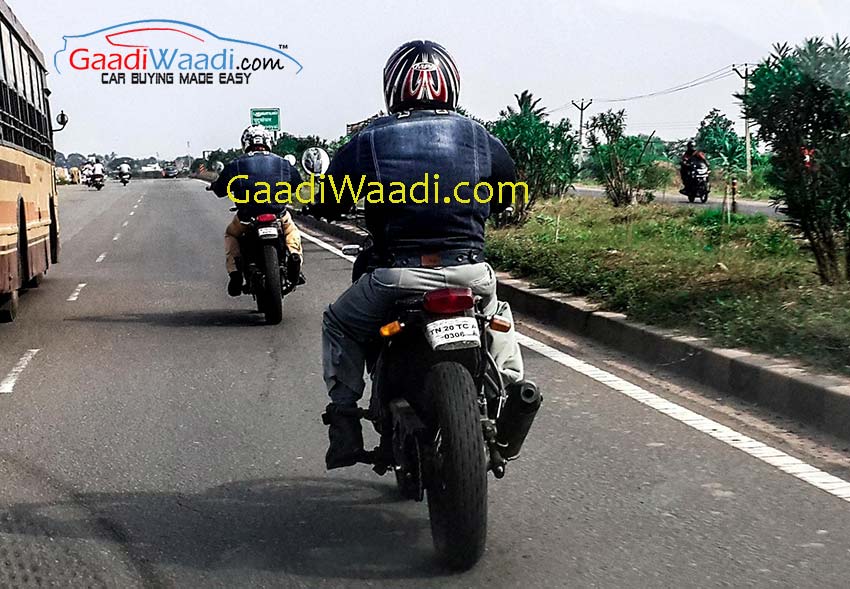 Royal Enfield is all set to finally the challenges it has been facing over the years. New designs, engines, chassis and much are on their way. Small capacity engines, higher capacity engines everything is on its way. Ever since the Continental GT came in the mechanical department is all set to change they way thing, atleast a little bit. All of that should start with the upcoming Royal Enfield Himalayan, a motorcycle that has been spotted test for some time and has been spotted again by our spy (Vijay) in Chennai.

On the face of it, the tank takes inspiration from the Continental GT and rest of the design of is a of raised adventure type motorcycle. The first Royal Enfield to come with monoshock suspension is already exciting news as it should make handling a much more safer and fun part of it. The chassis seems to be an typical Royal Enfield tradition which being single downtube we hope its tuned further by the recent buddies, Harris Performance.

The Himalayan also gets parts from the bin of Continental GT such as aluminum wheels, tyres and brakes which are already known to superb performers. Handlebars are seen raised quite significantly for a comfortable posture with a upright riding position when it comes to seat layout as well.

The engine will be a new 410cc motor which could produce close to 30 BHP of power and 40 nm of torque from thumping engine. The new exhaust looks like an aftermarket one and there are doubts whether it would make it to the production variant. 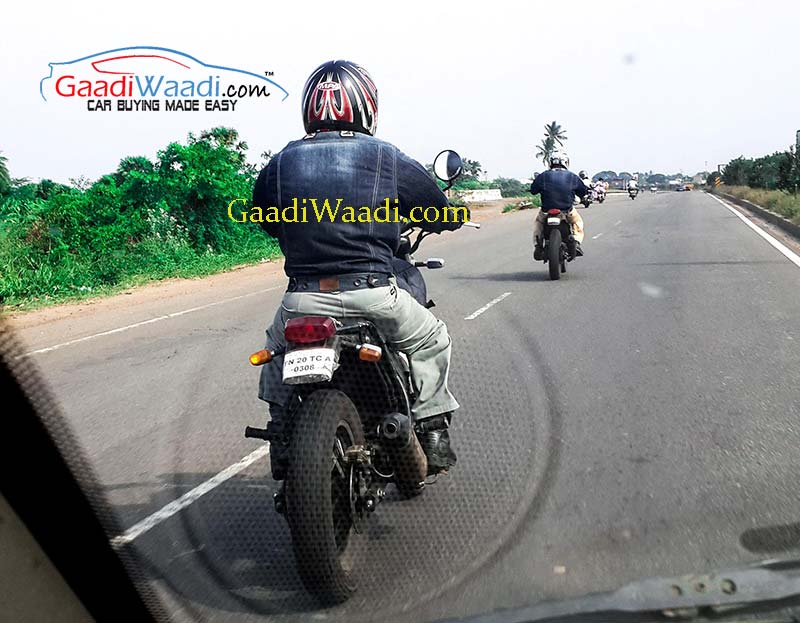 The bike could come with two seat options, either a single seat or dual one which could be a step seat arrangement. Other parts could come from the CGT bin. Himalayan seems like an all new effort from Royal Enfield and we can wait to get our hands on it.