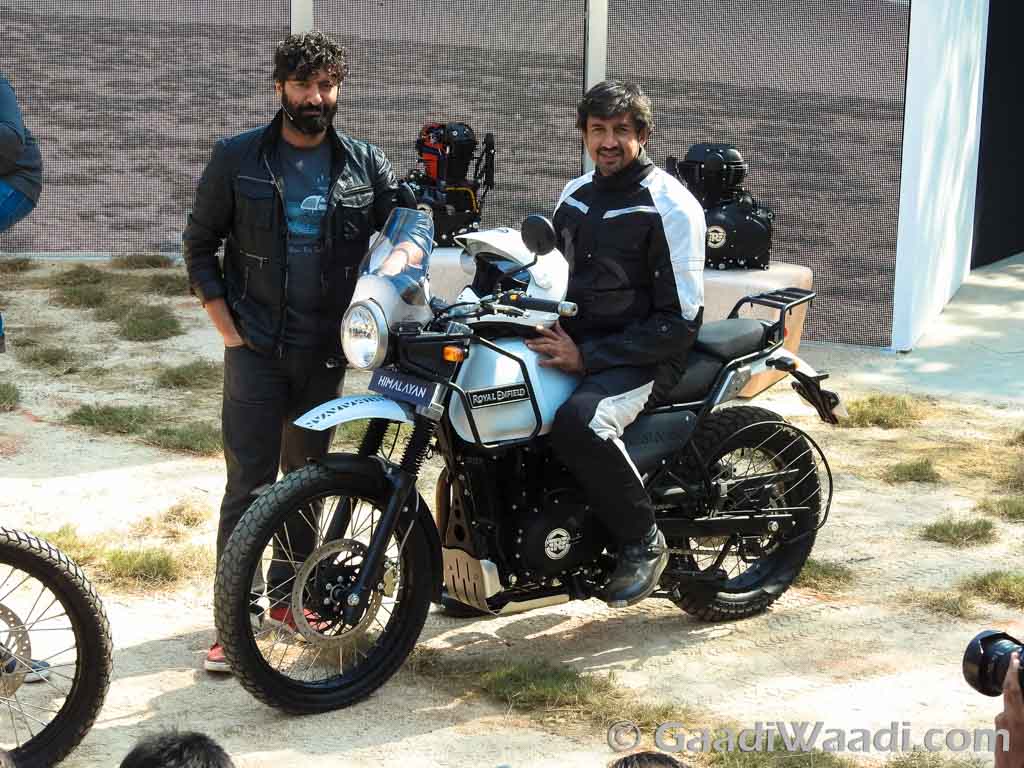 Royal Enfield is finally launched the much awaited ‘Royal Enfield Himalayan Motorcycle’ in India today. After launching all their products around the world and entering new countries, this time, RE launches an all new bike for the brand’s loyal customers and prospective tourer customers. Royal Enfield continuously working providing new models while keeping heritage as alive as possible. Some days ago, RE updated the all lineup with new colours and soon after that, Today, RE launched the Himalayan in India.

RE has been doing the same and as we know, the Himalayan bike is the one which is set to change the motorcycling in the adventure category as the brand is more accessible, offers high capacity motorcycles with affordable price tags and endless style. Royal Enfield Himalayan is priced from Rs. 1.55 lakhs, earlier it was speculated that the prices to be begin from Rs.1.8 Lakhs.

Dual disc brakes brakes, half-duplex split cradle frame, low seat height, skinny and off-road tyres that are 90/90 – 21″ at front, 120/90-17″ at rear with 300mm front disc with 240mm rear disc brakes. RE Himalayan comes with Telescopic 41mm with 200 mm travel front suspension while rear suspension are monoshock with linkage that can travel 180mm. Hence, you can rode the bike on any kind of roads, off-roads in India. RE Himalayan is powered by single cylinder 4-stroke air cooled SOHC 410cc engine unit that makes 24.5 BHP and 32 Nm of torque at 4000-5000 RPM with the all new engine.The motor is going to be very refined and will be made from grounds up and will be an all aluminium engine and should return around 25-30 km/l when ridden sanely. Dimension:
The Royal Enfield offers a low seat height despite the raised stance of the motorcycle and sport a long wheelbase and short length and other dimensions. Styling is all new for this motorcycle. Round headlights, minimalist tail section with tall suspension on both ends give this bike a unique look. The square-ish tank and the minimalism all around makes it a pretty modern street motorcycle.

Colours: As of now Black and white are on their way with this new motorcycle from Royal Enfield.

A loaded instrument cluster and analogue tachometer along with a digital speedometer. Fuel consumption reading along with compass makes it to the Himalayan. High quality switches and much more tit bits are expected. Accessories wise, the bike is set to get panniers. ABS should come with the bike as standard as the law suggests which will get into effect by 2017.