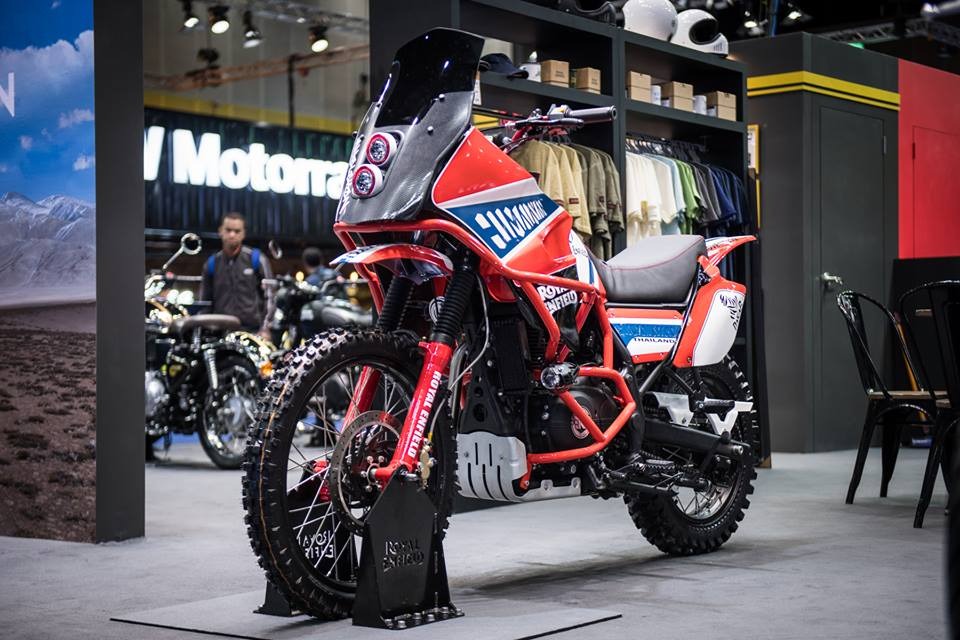 Royal Enfield Himalayan is one of the most affordable touring focused motorcycles available in the country, Dakar Edition Showcased at 2018 Big Motor Sale

The company showcased Himalayan Dakar Edition model at the 2018 Big Motor Sale in Indonesia and they have made lots of changes for the body along with some mechanical updates also.

The difference starts with new twin projector headlamps positioned vertically as the stock bike comes with round headlamp. The headlamps are integrated into a new visor, which is taller than original Himalayan and it is designed to protect rider him from wind blast.

The stock fender is replaced by a new one and it is placed just below the headlamp unit and the company has given protective black rubber covering for telescopic forks at front. Royal Enfield has given a new semi-fairing for the Himalayan as it improves aerodynamics and helps the bike to cut through the air without drag. 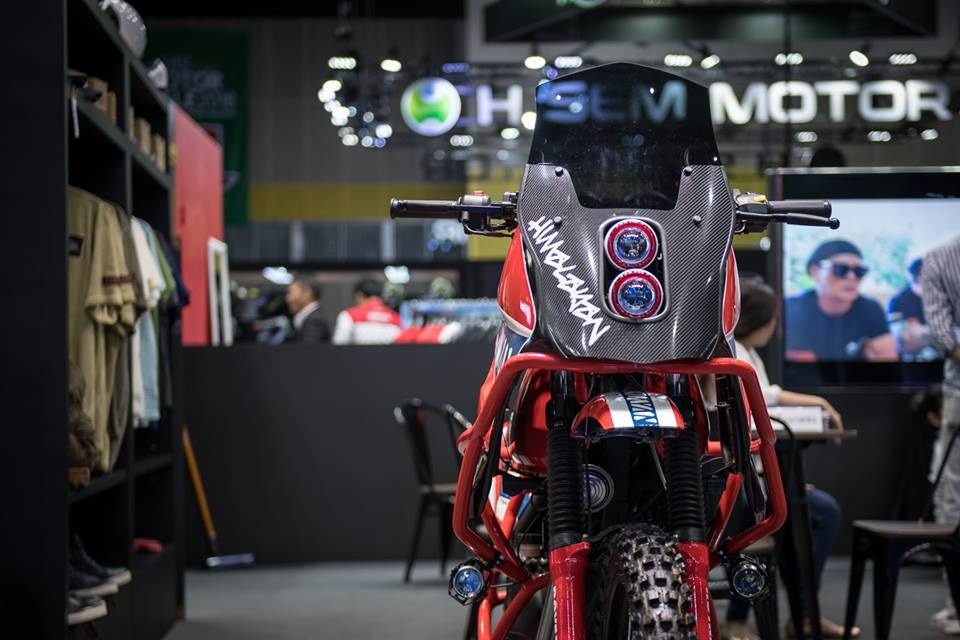 The handlebar is placed on the taller side and foot pegs are positioned slightly forward. The fuel tank appears to be carried over from the stock bike and we can expect some changes for instrument cluster also. The Dakar Edition Himalayan doesn’t come with mirrors also and the company has given single seat with good cushioning also.

The body is completely protected by the crash guard and the stock exhaust has been replaced by a new one, which is placed under the seat. The Himalayan Dakar Edition also comes with extra bodywork to protect the exhaust from heat and it is finished in red, blue and white colour combination.

The bash-plate has been carried over from the stock bike and Dakar Edition model comes with knobby off-road tyres with 21-inch wheel at front and 17-inch at the rear. The company hasn’t revealed details about engine upgrade as stock 411 cc single cylinder engine puts out 24.5 bhp and 32 Nm. This engine is mated to a 6-speed gearbox.