Following the emergence of a single image of the electric motorcycle prototype from Royal Enfield, new details about an upcoming motorcycle have come up on the internet. It is no secret that RE is working on a 450 cc liquid-cooled Himalayan but before that speculations surrounding a flagship dual-purpose adventure tourer from the brand were doing rounds.

The latest report from Autocar notes that the Chennai-based manufacturer is indeed developing a proper adventure motorcycle based on the existing 650 cc platform that already underpins the Interceptor 650, Continental GT 650 and more recently the Super Meteor 650, which will be launched in January 2023 before the commencement of deliveries in February.

Citing a product plan document, it has been noted that the upcoming 650 cc adv will be derived from the Interceptor 650 tourer and the overall silhouette of the model has also been outlined. The family tree also shows the Super Meteor 650 as a derivative of the Interceptor but RE says the flagship cruiser is based on an all-new platform and has a different suspension setup. 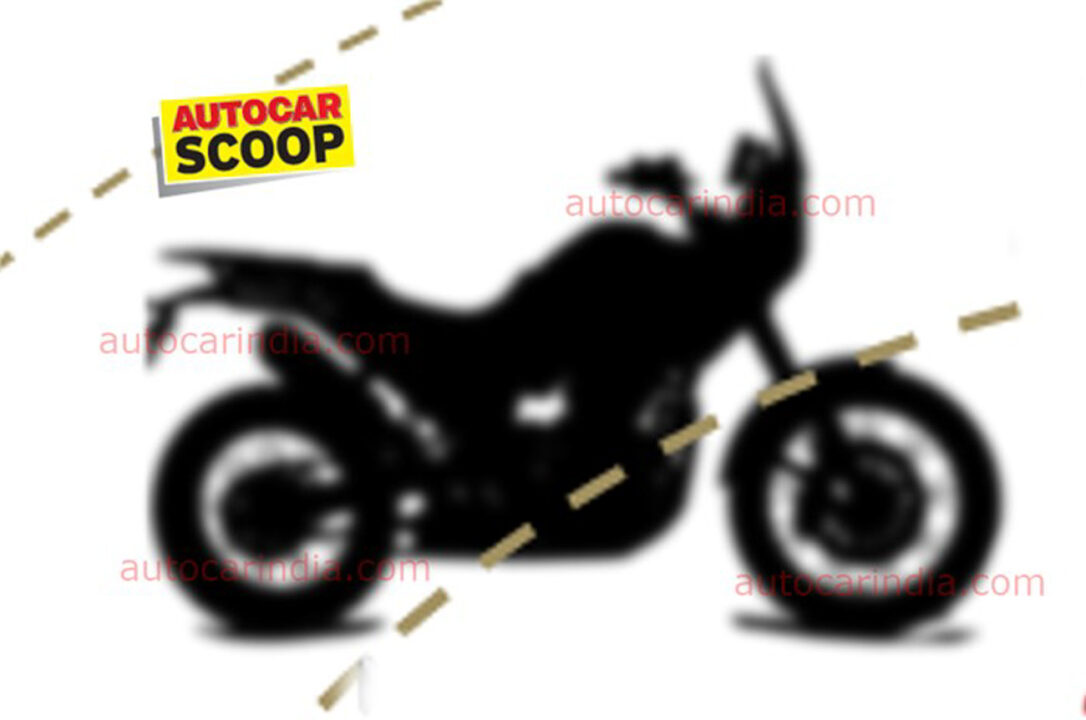 Thus, we can safely assume that the Royal Enfield 650 cc adv will be completely different from the Interceptor 650. The typical off-roader’s stance can be clearly perceived, as do the wire-spoked front and rear wheels with the former being bigger than the rear. The tall seat positioning, tall set windscreen and the upright handlebar are other highlights.

The outline also shows an upswept exhaust system, an engine underbody protector and a rear luggage rack while high ground clearance and off-road spec tyres will also be available as it could be pitched as an authentic off-roader as opposed to the existing Himalayan 411. A large-sized fuel tank, lowly positioned rider’s seat and long travel suspension can also be noted. 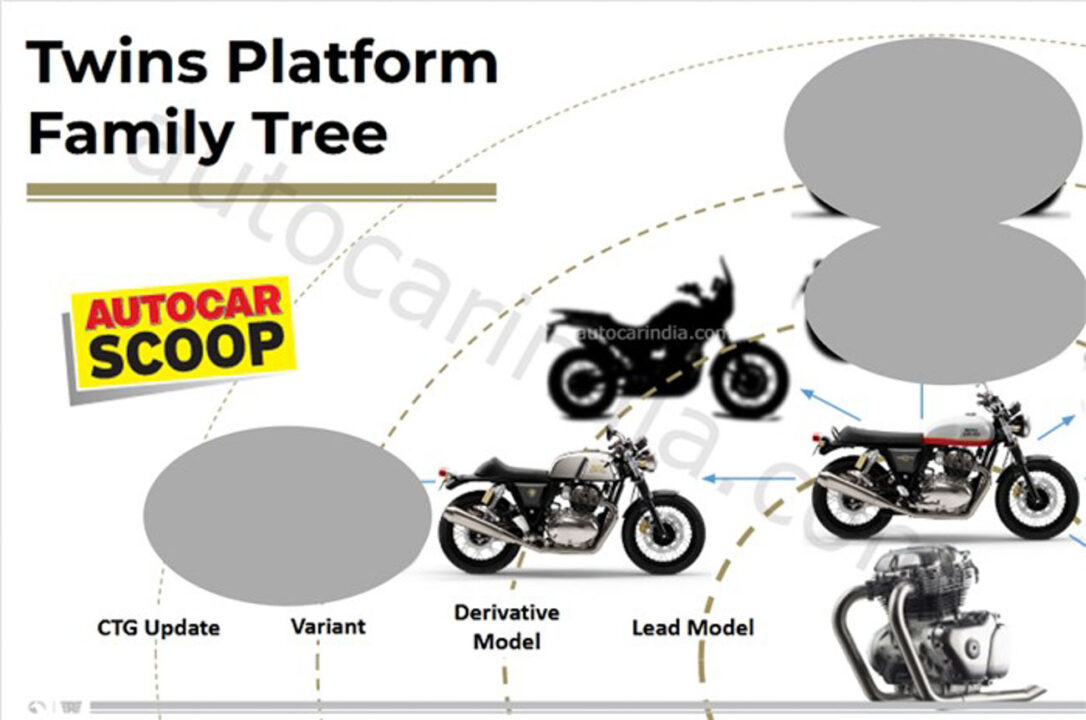 While the outline could be a mere representation of how the upcoming adv 650 could look, it does show RE’s intent to make a strong impact in the high-end adventure touring space. The launch timeline is yet unknown though and it could arrive following the market launch of the production-spec SG650 and a 650 cc scram in the near future.