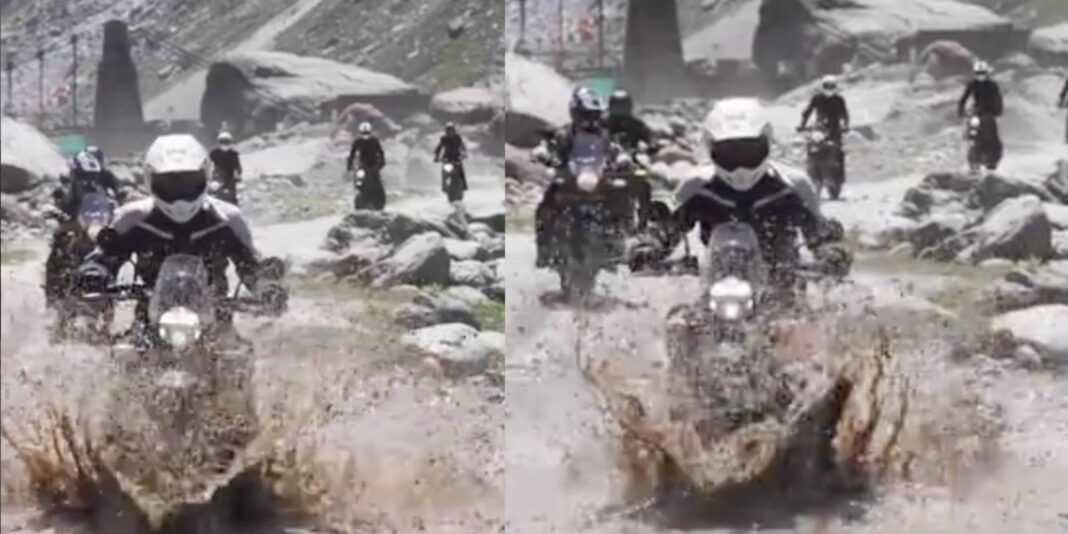 Royal Enfield introduced the Hunter 350 in three variants recently with an aggressive starting price of Rs. 1.50 lakh (ex-showroom). It harbingers a new lineup of motorcycles from the brand as a number of models are waiting in the pipeline. RE has been testing as many as three 650 cc motorcycles already while the all-new liquid-cooled range will spawn an adv and a scrambler.

The Royal Enfield Himalayan 450 has been on the rumour mill for long and in recent months, it has been caught on camera testing often in its near-production guise. While the Chennai-based manufacturer is expected to unveil the 650 cc cruiser based on the 650 Twins’ platform later this year, the Himalayan 450 may not be far away either.

The Himalayan 450 will be slotted above the existing Himalayan 411 and the Scram 411 and it will be a more hardcore off-roader. Royal Enfield’s Managing Director, Sid Lal, has even teased the motorcycle on his social media accounts giving away an early sneak peek of what is about to come. The dual-purpose adventure tourer was seen tackling an off-road section with water crossing. 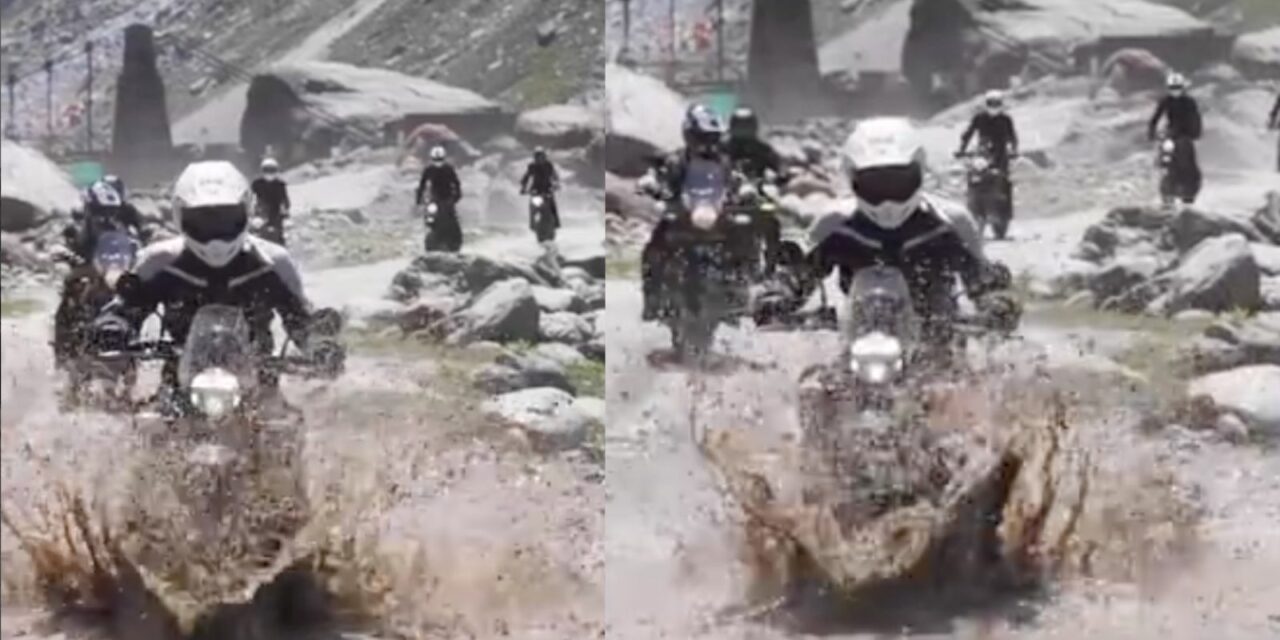 In addition, its transparent windscreen, round-shaped LED headlamp with a black casing, circular rearview mirrors and LED turn signals can also be noted. In a similar fashion to the Himalayan 411, a front beak is also available. It will likely be a radical departure compared to the Himalayan 411 despite having a similar design language.

It is expected to be underpinned by a new trellis frame and will boast a heavily inclined rear monoshock suspension, split seats, a compact tail section with LED tail lamp, a larger fuel tank with metal tank braces, a revised semi-digital instrument console with Tripper Navigation system, side-mounted exhaust system, and so on.

It will likely ride on 21-inch front and 17-inch rear wire-spoked wheels and the front suspension duties will be handled by upside-down forks. The Royal Enfield Himalayan 450 will come with a dual-channel ABS system, slipper and assist clutch. The heart of the action will be an all-new 450 cc liquid-cooled engine possibly kicking out around 40 bhp.