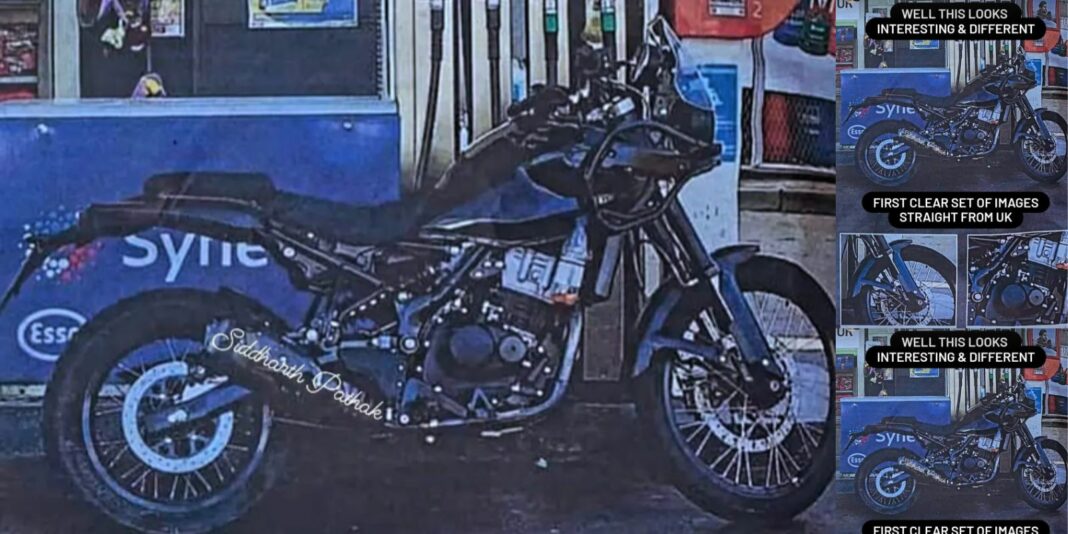 A few months ago, Royal Enfield was spotted testing the Himalayan 450 and a while later, new images of the prototype emerged showing plenty of details. Now, the adventure tourer has been caught on camera in the United Kingdom, which will be one of the targeted markets for the upcoming motorcycle and it is where the brand’s R&D facility is situated as well.

Design wearing heavy camouflage, the Royal Enfield Himalayan 450’s resemblances with the existing Himalayan 411, which in turn spawned the Scram 411 recently, are evident. Nonetheless, the Himalayan 450 is expected to be built on a brand new architecture with new body panels all around and it will be a more hardcore off-roader compared to the Himalayan 411.

The test mule shows the presence of metal tank braces around the fuel tank, a transparent windscreen, a round-shaped headlamp with black housing, wired spoke wheels with disc brakes at the front and the rear, new split seats, split grab rails, and compact tail section. The fuel tank capacity is expected to be bigger than what is available in the 411. 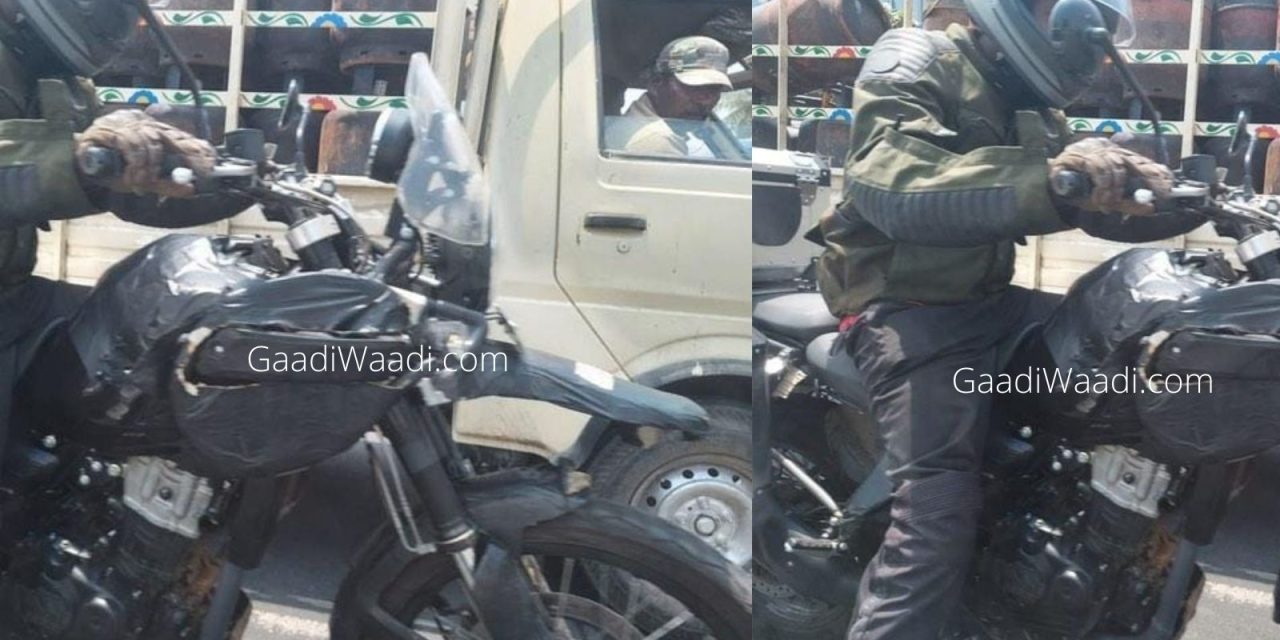 In addition, the wheelbase length also appears to be longer while the handlebar has an upright stance. The side profile looks to be stripped out and a monoshock rear suspension (with presumably preload adjustability) and a side-slung black finished exhaust system can also be noted. Just like the 411, it will likely run on 21-inch front and 17-inch rear wheels.

The instrument cluster seems to be the same semi-digital unit found in the Scram 411 but we do expect the final production model to have a more advanced unit. The equipment list will also comprise a slipper and assist clutch and a dual-channel ABS system. As for the performance, a new 450 cc single-cylinder DOHC liquid-cooled engine will likely be employed.

It will reportedly be capable of producing more than 40 hp and the engine will be paired with a six-speed transmission. A bolt-on subframe can be clearly spotted in the spy image and the new chassis could be lighter and enable improved agility compared to the one found in the Himalayan 411. We can expect it to make its global debut in early 2023 before going on sale.
Image Source: siddharth_himalayan