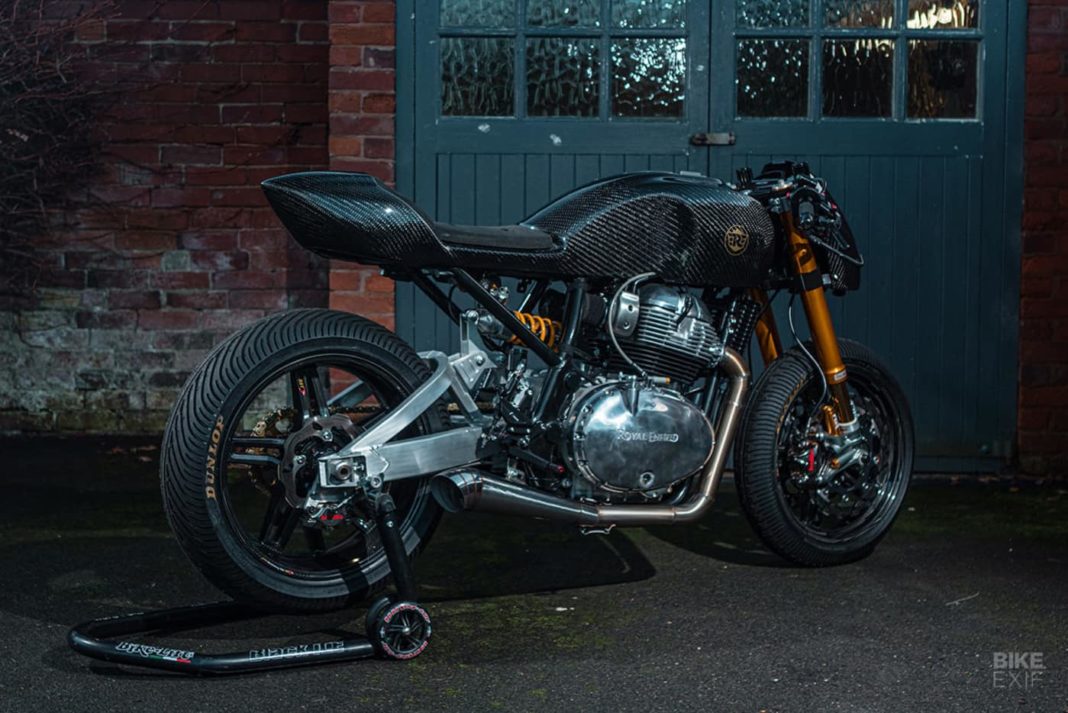 Here, we have a modified Royal Enfield Continental GT650, which gets a carbon fibre body and major performance upgrades

Royal Enfield specialises in retro-style motorcycles, which are much simpler in design and tech than their modern rivals. While the brand is already famous in India, its popularity overseas has also been rising steadily, especially after the launch of the 650 twins – Continental GT650 and Interceptor 650.

Due to their simplicity, Royal Enfield motorcycles are quite easy to work with and customise. In India as well as internationally, the brand enjoys strong aftermarket support, and we’ve seen plenty of custom models in recent times. Here, we have a modified RE Continental GT650, built by Anthony Partridge of Partridge Design, a custom workshop in the UK.

Anthony built this custom Continental GT650 for the second season of Discovery Channel’s Goblin Works Garage. For this project, he had reached out to Adrian Sellers, head of industrial design at Royal Enfield, who said: “I want you to build a thoroughbred racer”. Needless to say, performance was the top priority when modifying this machine. 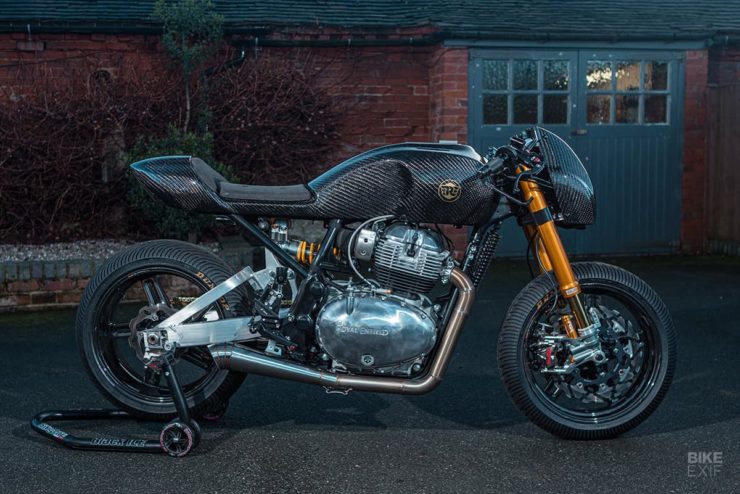 Anthony stripped the motorcycle’s body parts, and they were all 3D-scanned, in order to create a new body kit. Moulds were then created using the scans, altered slightly, and then carbon fibre parts were moulded. The fuel tank is a custom unit by GIA Engineering, and gets a Racefit filler cap. A new swingarm was created and an Öhlins TTX GP Pro monoshock was added to it.

The front forks are Öhlins FGR300 upside-down units, with custom triples and quick-release axles by FastTec. The bike also gets carbon fibre wheels from BST, shod with Dunlop Sportmax GPA tyres. The brakes are custom as well, sporting Galfer discs, Brembo callipers, Venhill lines, and Magura front master cylinder. A Magura hydraulic clutch system has also been added, and the rear subframe has been altered as well.

An S&S Cycle big bore kit has been used to turn the GT650 into a 750cc motorcycle. Other than that, the bike also gets a handmade exhaust, a new set of clip-on handlebars, footpegs, mirrors, and turn signals by Rizoma, an Antigravity Li-ion battery, Reese Racing switchgear, and a Highsider LED headlight. The final result is a motorcycle that is extremely light and agile, just like a proper race bike.