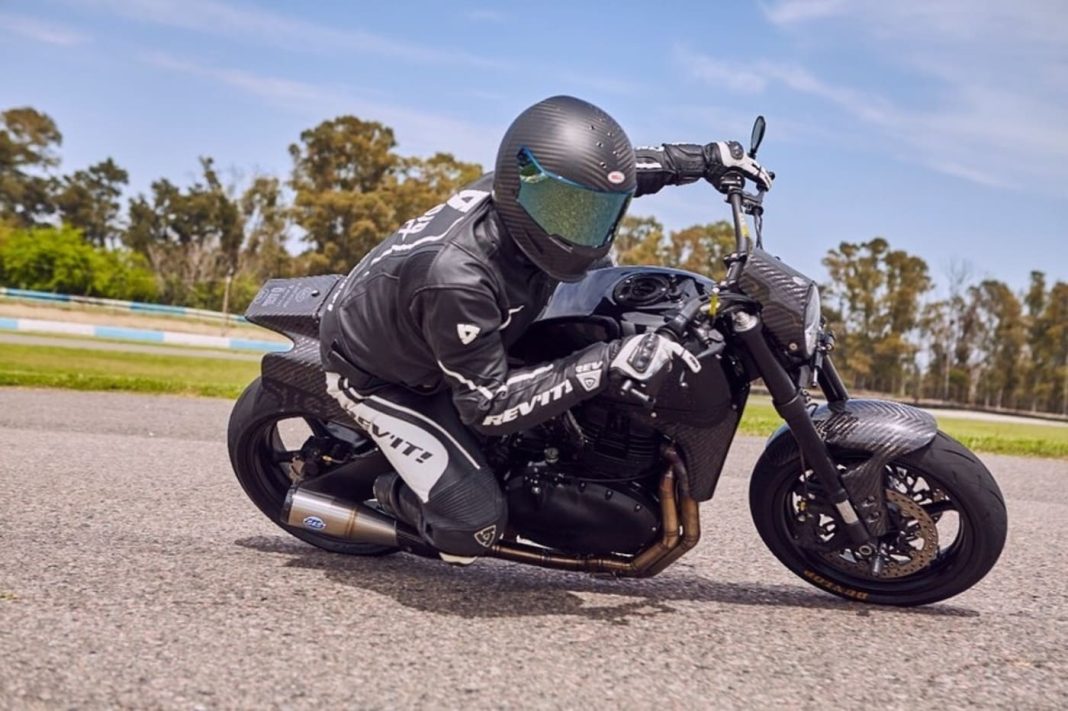 Street tracker is not the most popular genre of motorcycles, but it is a brilliant one nonetheless. We’ve seen a lot of custom-built flat trackers on the web, and most of them are extremely pretty machines. Here, we bring you another one, based on a Royal Enfield Continental GT650, which was inspired by International Pikes Peak Hill Climb motorcycles.

This custom Royal Enfield – nicknamed Crow – has been built by STG Tracker, a motorcycle workshop based in Argentina. To improve the performance, the garage has bored the motor out to 865cc and utilised different camshaft, both from S&S. Other performance mods include clutch plates from Rekluse, a quick shifter from Gorilla, and K&N filter. STG also crafted the custom two-in-one exhaust pipe seen here, fitted with an S&S muffler.

Thanks to that, the output has increased to 74 PS and 80 Nm (from 47.65 PS and 52 Nm). Interestingly, the front forks, brakes, and front wheel are from a Yamaha R1, while the rear wheel, rear shockers, and swingarm are from an R6. The rear sprocket, subframe, and upper shock mounts were all custom-built. A larger oil cooler was added here, and the bike gets Dunlop Roadsport 2 tyres. 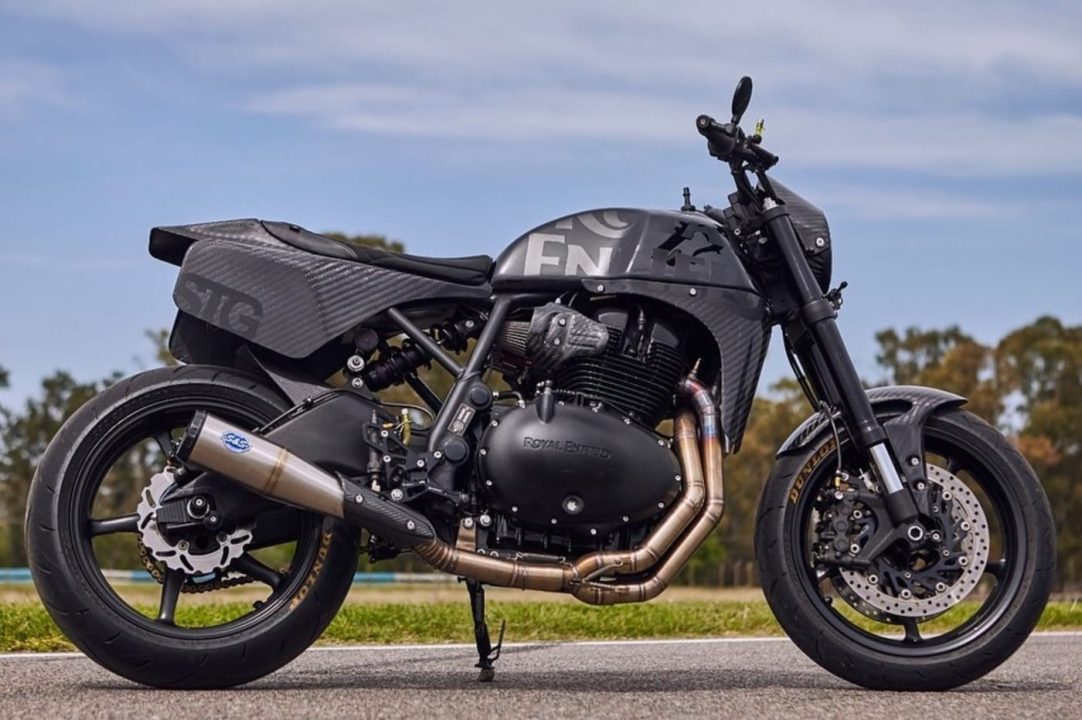 The motorcycle gets custom-made carbon fibre body panels, which give it a sleek and stealthy look. It also gets a custom single seat, tiny and sporty. A pair of tank extensions have been added to the fuel tank, to add a little more aggression to the design. The fuel tank is the stock unit, but it has been repainted, with huge ‘Royal Enfield’ and ‘STG’ branding over it.

Also, a ProTaper handlebar and ProGrip handle grips have been installed on this custom Royal Enfield, along with aftermarket lever protectors, turn indicators, instrument cluster, LED headlamp, and LED taillight. The headlamp cowl and front fender are also built from carbon fibre. 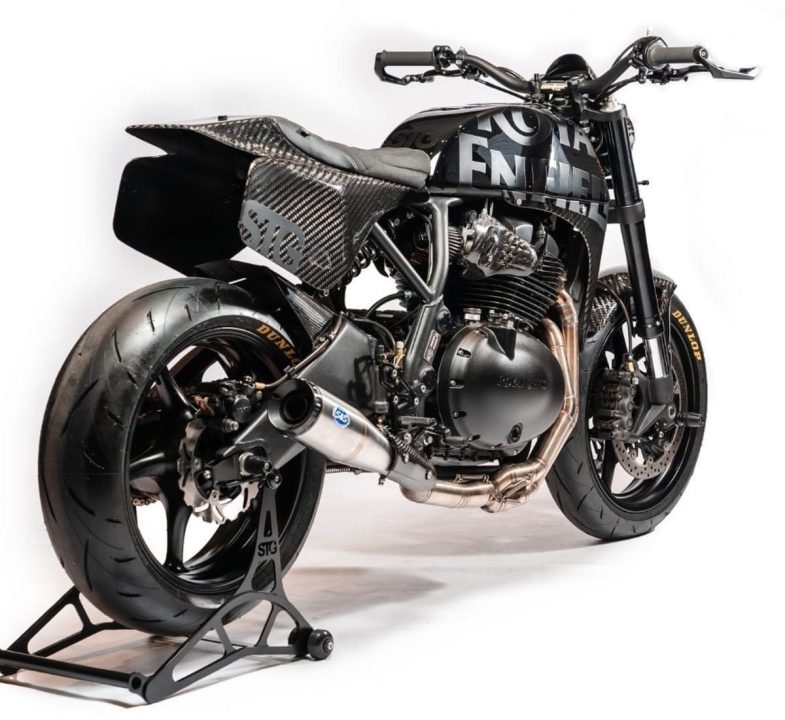 Thanks to the lighter build, STG has managed to shave off 36 kg off the bike, which further improves the performance! The overall design is absolutely brilliant; this custom model preserves the retro appeal of the RE Continental GT650 while managing to deviate into a slicker, slightly sinister design territory.