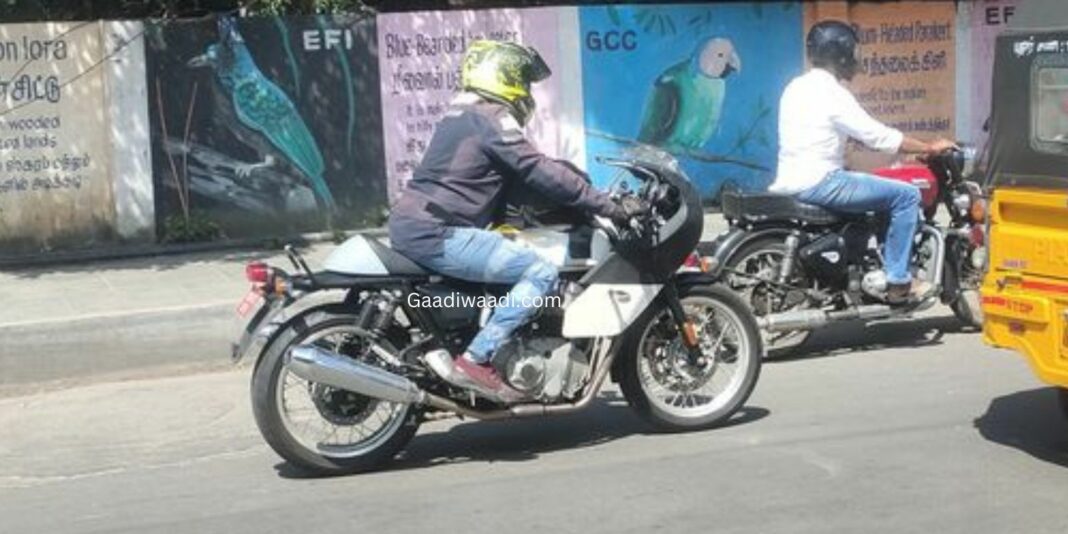 Royal Enfield will announce the prices of the Super Meteor 650 this month and its deliveries are expected to commence in February 2023. The Chennai-based manufacturer unveiled the flagship cruiser a couple of months ago at the 2022 EICMA show in Milan, Italy and is the third of the brand’s 650 cc offerings. The 650 cc portfolio will further be expanded.

Courtesy of an internal presentation, we now know that the upcoming 650 cc range will comprise a scrambler, a dual-purpose adventure tourer, a faired motorcycle, a classic-themed 650 and a Bullet-themed 650. Here we have brought you the clearest image of the upcoming Continental GT based faired motorcycle and it could go on sale in the near future.

In late 2021, the company announced its re-entry into the Indian motorsport scene with the one-make Continental GT Cup. The stock Continental GT has been modified to race on the track with one of the highlights being its semi-faired design. It looks like Royal Enfield is planning to take the GT-R 650 to the streets with a production-spec variant. 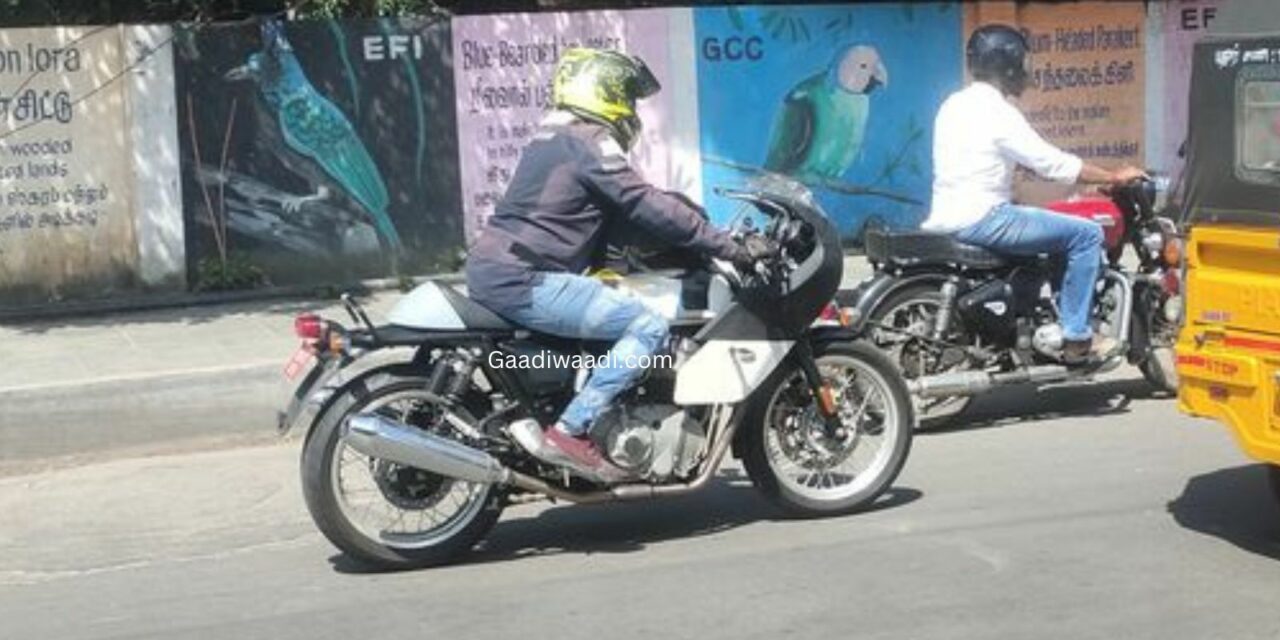 The test prototype wears a similar graphical design as the Continental GT and being a cafe racer with a low set clip-on handlebar, it only makes sense for it to adorn an old-school semi-faired design with an angular windscreen. However, we are dubious if it’s the final production model. You could also see white colour spoked wheels at the front and rear, revised crankcase, dual exhaust pipes and perhaps the handlebar could be repositioned slightly.

It is suspended on telescopic front forks and twin shock absorbers at the rear. The faired 650 cc motorcycle will also boast front and rear disc brakes with a dual-channel ABS system, slipper and assist clutch, a semi-digital instrument pod, etc. It could be positioned slightly above the existing Continental GT. Will RE offer it as a bolt-on unit for existing customers? We do not know the answers yet!
Spy Image Source: Surendran Sankar