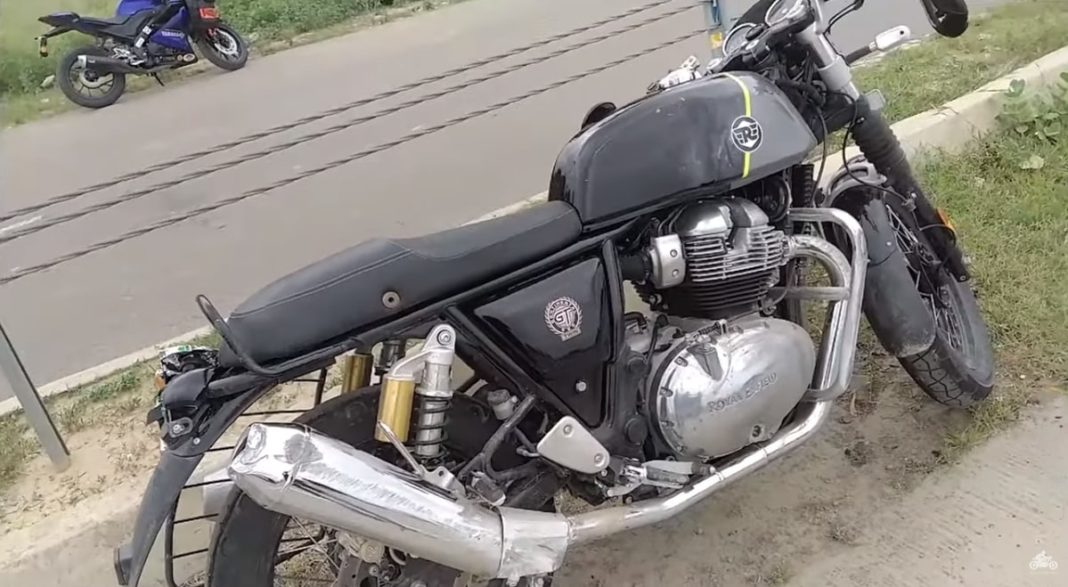 Here, we have a video showing a motorcycle crash on a highway, involving a Royal Enfield Continental GT 650 riding at 160 kmph

Lately, we’ve witnessed a serious growth in the (relatively) affordable performance motorcycle market. Brands like Bajaj, KTM, TVS, and even Royal Enfield, are working hard to cater to the biking enthusiasts in our country in such segments. Sadly, some motorcyclists tend to ride around without proper riding gear when riding such bikes, which could lead to serious injuries in the event of a crash.

Here, we have a video of one such accident, involving a Royal Enfield Continental GT 650. The video, posted by a YouTube channel named ‘Rider Unknown’, begins as a normal riding vlog. The vlogger borrows a Bajaj Dominar from one of his friends, and rides it around a little for fun. Upon his return, the bike gang resume their trip, presumably towards home.

Here, we see the Continental GT 650 rider enjoying his motorcycle on the highway, pinning the throttle wide open and letting the speedometer climb as high as possible. Unfortunately, he encounters a bumpy patch on the road, which imbalances the motorcycle. After a few seconds of wobble, the rider falls on the road.

In the slow-motion section of the video, we notice that the speedometer needle was at 160 kmph when the motorcycle hit the bump. At such high speeds, it becomes difficult to control a tank-slapper. We also see that the rider was unable to pull the clutch in when the bike wobbled. If the clutch was engaged at the right moment, the motorcycle might have become slightly easier to manage, although at these speeds, it’s hard to predict.

Due to the lack of riding gloves, the rider sustains injuries on both his hands. Thankfully, his riding jacket, boots, elbow guards, and knee guards prevented injuries to the rest of his body. A few of his friends immediately took him to a nearby clinic for medical attention, after which they all returned to the site of the accident. 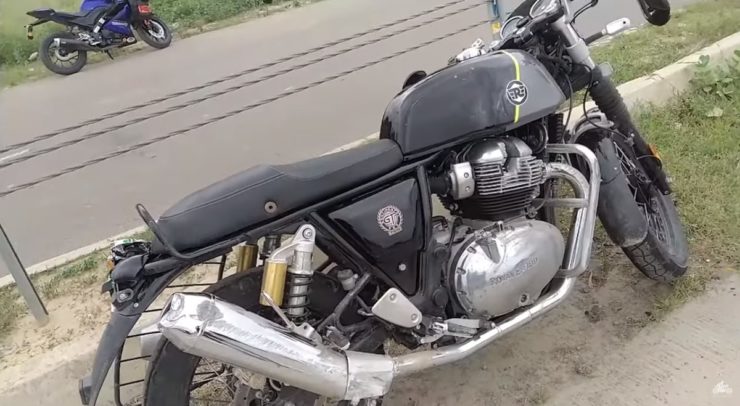 The damage to the motorcycle was significant but not catastrophic. The exhausts cans were damaged, as were the brake lights and rear indicators. The paint of the tank got scratches, and both the rear-view mirrors were completely smashed. Apart from that, the windscreen and the speedometer were also damaged.

The vlog ends with a PSA for all the viewers, to wear proper safety equipment when riding, with which we completely agree on. We also request our readers to wear safety gear while riding, and to not over-speed on public roads.