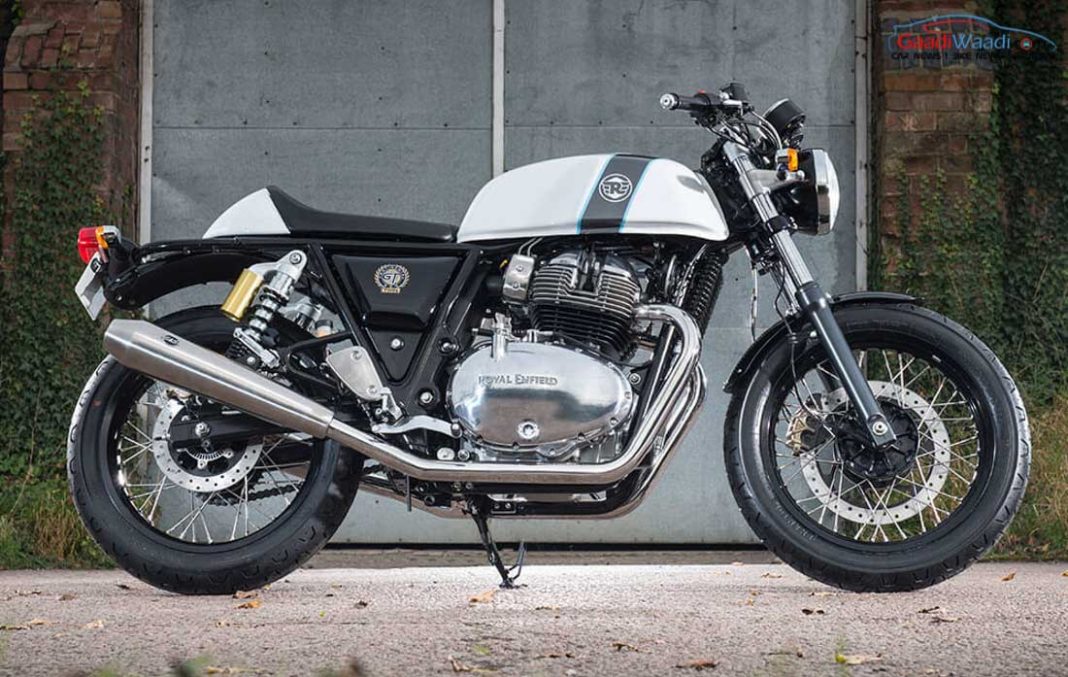 The modern cafe racer is powered by 648 cc twin-cylinder, electronic fuel injection, air/oil cooled engine producing 47 bhp of power at 7,100 rpm and 52 Nm of torque at 4,000 rpm. This engine is mated to a 6-speed gearbox and for the first time, Royal Enfield is offering slipper clutch which will definitely improve shifting.

We can expect good performance this engine and the top speed of Continental GT 650 will be around 160 kmph, which make it one of the fastest REs. The company has also focused on reducing vibrations as the engine gets counter balancer and 270-degree firing angle. The braking duties are handled by 320 mm disc brake at front and 240 mm disc at the rear.

The Continental GT 650 comes with dual channel ABS system as standard. The company has given 41 mm telescopic forks at front with 110 mm travel and Paioli gas-charged adjustable dual shock absorbers at the rear, which is tuned for comfort. Royal Enfield Continental GT 650 rides on 100/90-18 front and 130/70-18 rear wheels with tubeless tyres. 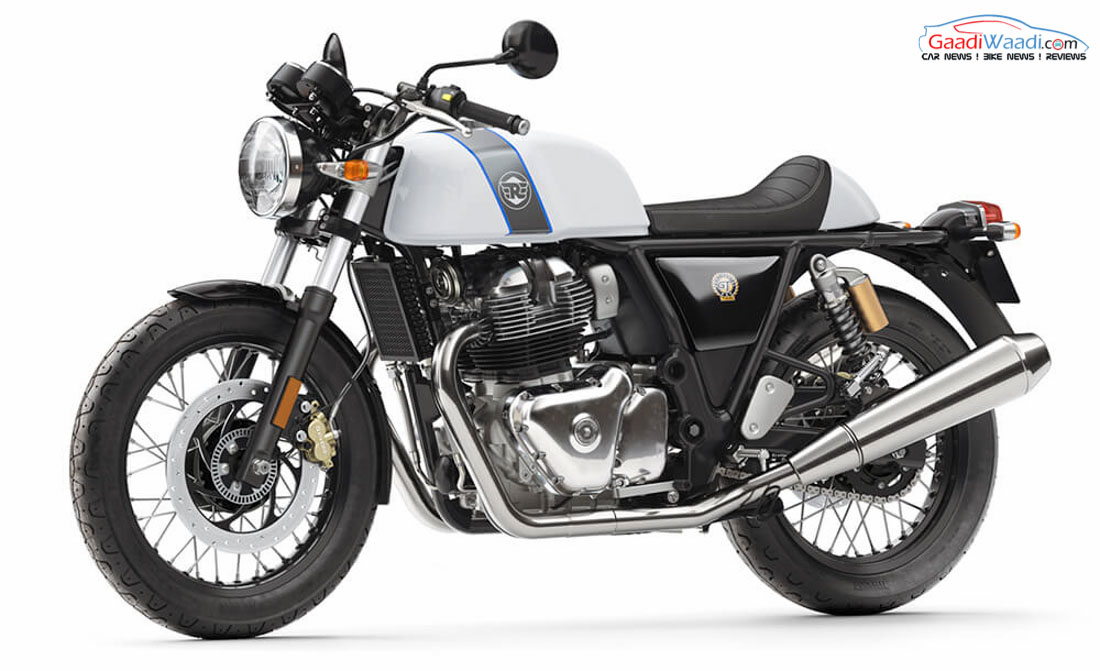 The design of Continental GT 650 gives it a muscular look. The round headlamp along with big fuel tank gives a retro feel for the motorcycle and the handlebar is a clip-on type, which is placed slightly lower along with rear set foot pegs giving a sporty feel.

Royal Enfield Continental GT 650 is based on steel tubular double cradle frame. The fuel capacity of Continental GT 650 is low at 12.5 litres but the motorcycle is lighter than its Interceptor sibling. The 650 Twins doesn’t have direct competitors in India because of the pricing and delivery is expected to begin in early 2019.