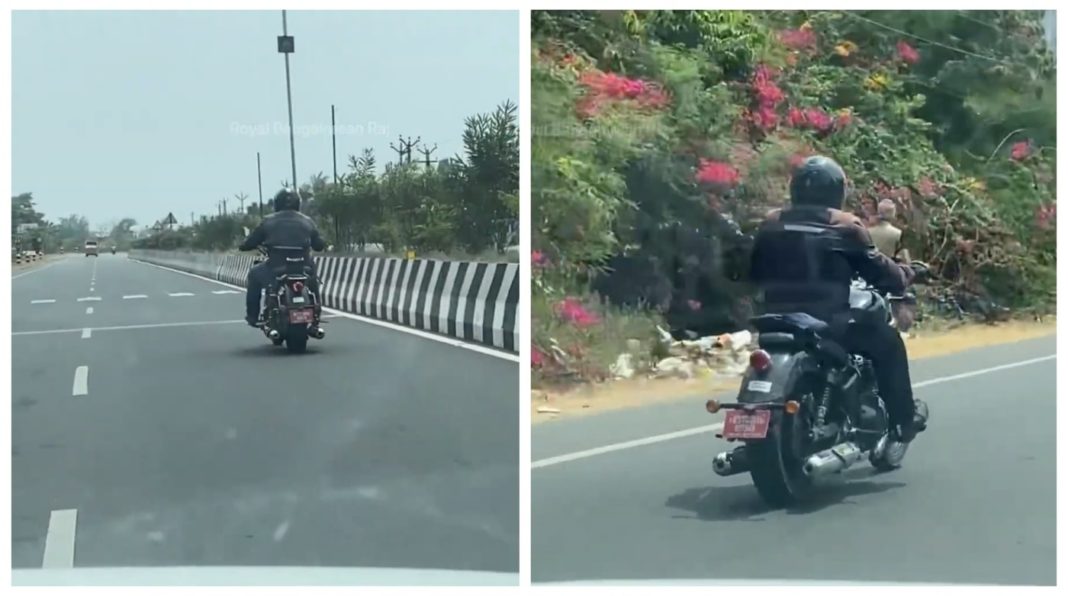 Royal Enfield is planning to launch a few new 650cc motorcycles in India, which have been spotted multiple times during road testing

Royal Enfield first introduced the ‘650 twins’ – Interceptor 650 and Continental GT650 – back in 2018. These bikes quickly gained a lot of popularity in India, being the most affordable multi-cylinder motorcycles available in our market. Now, the brand is planning to expand its 650cc lineup very soon.

Here, we have a new spy video of the upcoming 650cc Royal Enfield motorcycles, uploaded by Royal Bangalorean Raj. One of these test models is the same low-slung cruiser that was first spied last year, which was being referred to as ‘KX650’. This model gets a round LED taillight, a long rear fender, and chrome-plated dual exhaust. Its seating position is extremely relaxed, in typical cruiser fashion, with forward-set footpegs and a low seat height.

We can also see another test model of KX650, which gets a pillion back-rest. This could either be a higher variant of the upcoming RE 650cc cruiser, or the back-rest could a part of the official accessories. Regular readers might also remember that the Meteor 350 is also offered in multiple variants – Fireball, Stellar, and Supernova.

Another 650cc model has been spied here, which looks slightly different from the KX650 cruiser model. This test mule was first spotted earlier this year. It has a slightly taller seat compared to the cruiser, its footpegs aren’t too forward set, and it gets USD front forks. We can also see that it gets blacked-out dual exhaust and a shorter rear fender.

Some reports claim that this might be the Classic 650 in prototype form, and as for the cruiser model, it could be christened ‘Meteor 650’ upon launch. However, these details are mere speculation at the moment. These test bikes were spied cruising at a speed of around 120-130 kmph, which means that mile-munching on these upcoming machines will be easy. 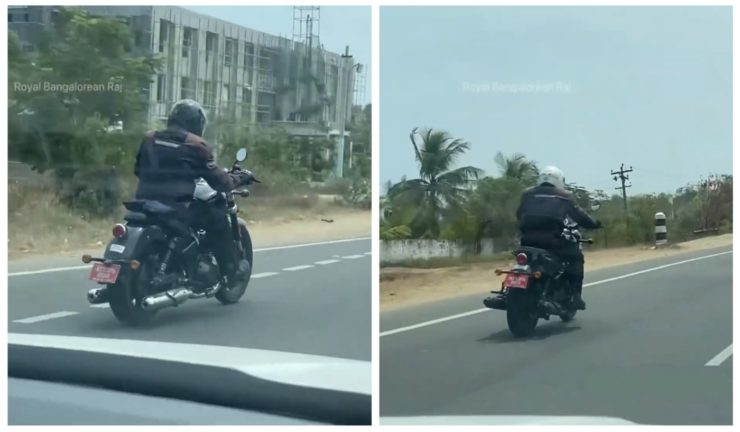 The engine will be the same 648cc, parallel-twin unit as the Continental GT650 and Interceptor 650. This motor can generate a peak power and torque of 47.65 PS and 52 Nm, respectively, and comes paired to a 6-speed gearbox. The upcoming Royal Enfield 650cc cruiser (KX650) is expected to debut later this year. Its equipment list will include a semi-digital instrument cluster with tripper navigation feature, dual-channel ABS, and alloy wheels.