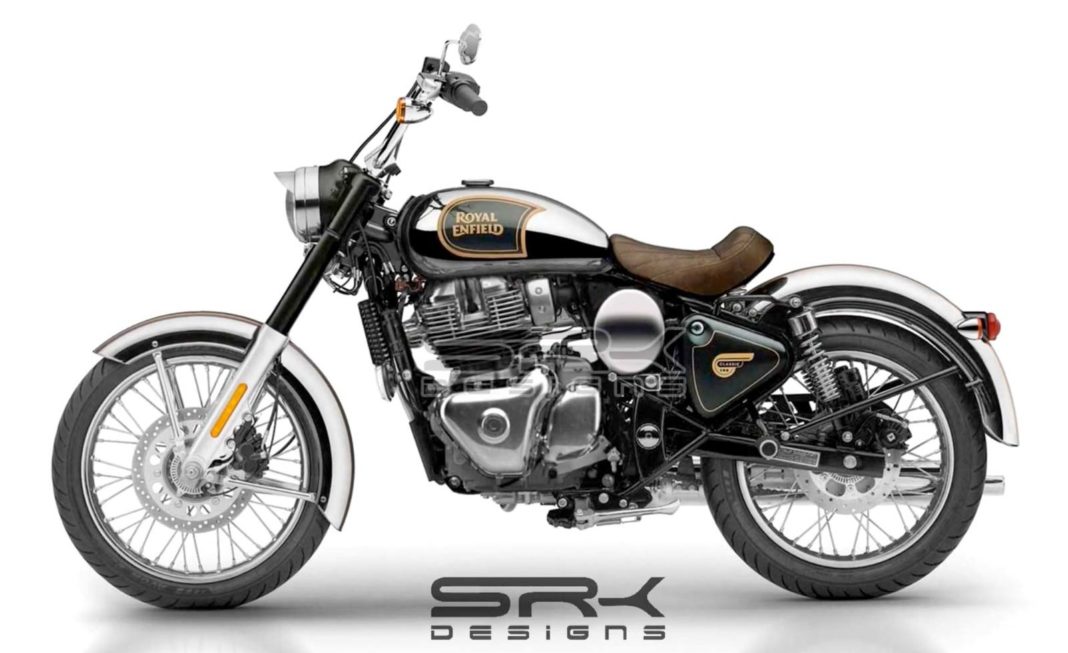 Royal Enfield Classic 650 could use the same powertrain as the 650 Twins; rendering’s design said to be inspired by Concept KX

Royal Enfield has enjoyed tremendous success with the 650 Twins ever since they went on sale in late 2018, both in domestic and international markets. Their no-frills nature and highly affordable pricing have made them more attractive compared to their premium rivals and the good reception among customers has been seen apparently on the sales table.

Recently, a report emerged on the internet suggests that the Indian manufacturer is looking to expand its 650 cc range and the launch of a scrambler based on the flagship platform could arrive in the coming months. Royal Enfield showcased the Concept KX 838 Bobber at the 2018 EICMA show in Milan, Italy in 2018 and SRK Designs has come up with a rendering of the Classic-styled 650 based on the design study.

The Royal Enfield Classic 650 takes plenty of inspiration from the Concept KX and the styling details can be clearly seen. It comprises of bigger fenders up front and rear, modified body panels, longer front forks, a single-piece seat for the rider as in the concept KX, tall handlebars giving it a cruiser stance unlike the upright unit found in the standard Classic 350.

If the Classic 650 comes into fruition, it could create a niche on its own with aggressive pricing. The Continental GT 650 and Interceptor 650 derive power from a 648 cc parallel twin-cylinder engine with 270-degree firing order. Developed by Harris Performance, the BSVI compliant motor currently develops 47 PS and 52 Nm.

The same powertrain will more likely be employed in the Classic 650 if Royal Enfield decides to make one, paired with a six-speed gearbox. RE’s Technology Centre at Leicestershire, England could play a significant role in its design. The rendering shows chrome body paint, fender-mounted tail lamp, and round-shaped headlamp – both of them could be LED units as the motorcycle of such stature will have premium features.

It could boast features like vintage spoked wheels with tubeless tyres, contrast RE insignia, dual-channel ABS system, analogue/digital instrument console, assist and slipper clutch and so on. RE is certainly looking at widening its 650 cc footprint as new motorcycles are in the pipeline in the coming years.