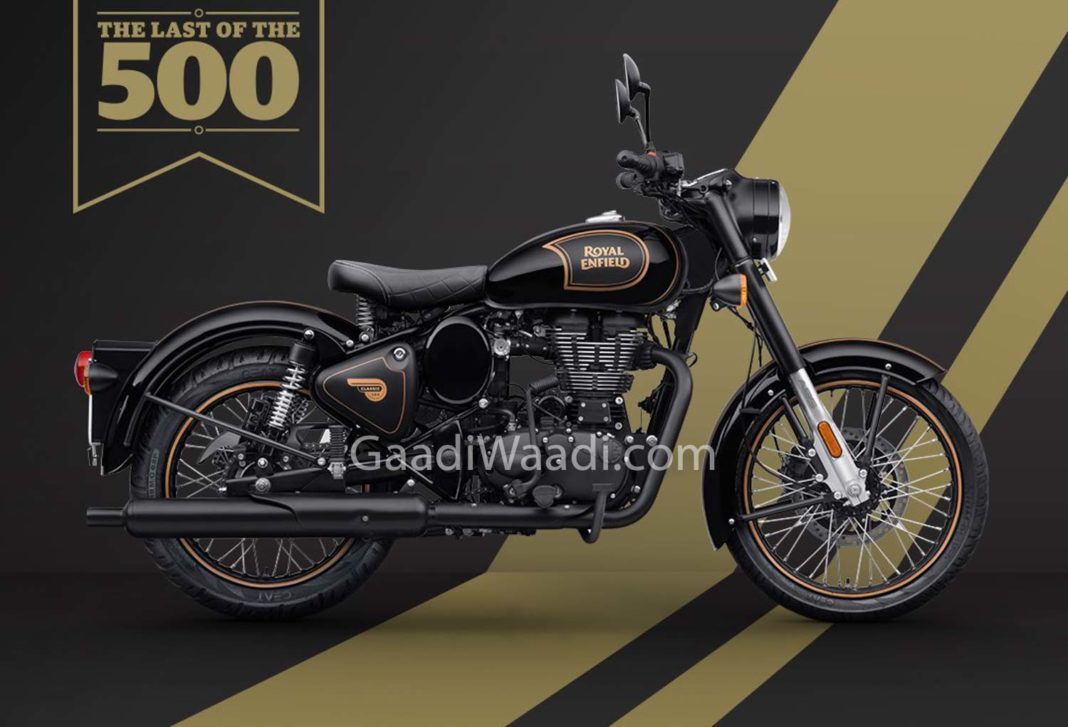 Royal Enfield has announced today that a limited production run variant of the Classic 500 will go on sale online. The homegrown retro bike maker has had a tough 2019 as its top-selling Classic 350 could not garner as high a sales volume as it used to in the previous years. With just two months away for BSVI emission standards coming into effect, Royal Enfield has already begun launching updated models.

The BSVI compliant Classic 350 with minor updates went on sale recently and only a few days ago, the BSVI version of the Himalayan was announced with switchable ABS, new colour schemes, hazard toggle switch and more. The new generation Classic, Bullet and Thunderbird are being road tested ahead of their market debut in late 2020 as well.

Until their arrival based on a new platform with a slew of mechanical revisions, Royal Enfield will continue selling the existing 346 cc single-cylinder BSVI engine. However, the lifespan of the 499 cc single will relatively be small as it won’t likely be upgraded to stick by BSVI regulations. 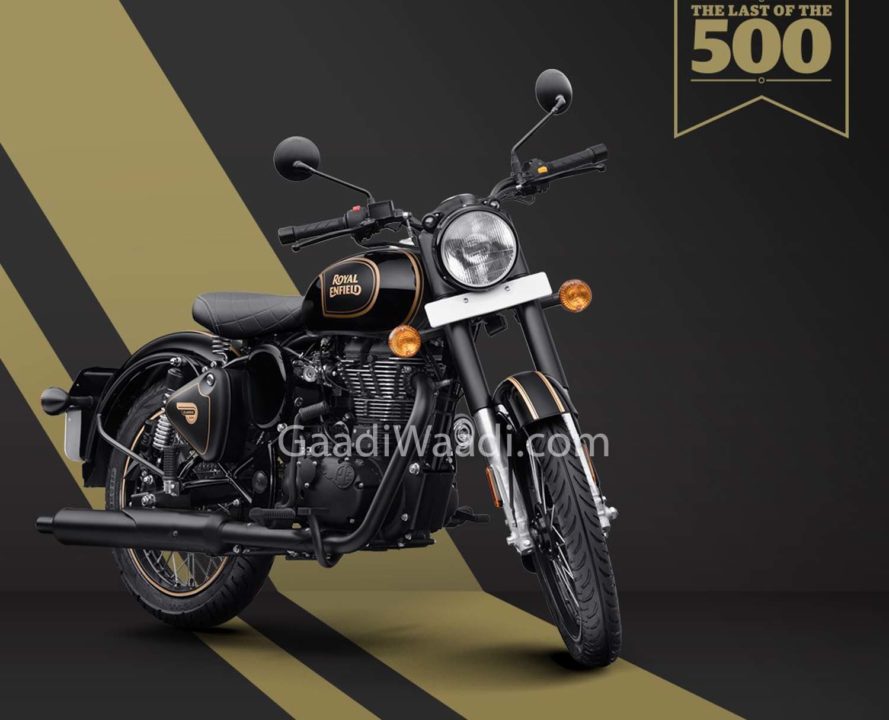 The special edition Classic 500 Tribute Black confirms just that and thus it carries plenty of weightage. It pays tribute to the long stroke UCE BSIV compliant 499 cc engine and it will be sold through an online sale on February 10. Only a limited number of customers will get their hands on the commemorative model.

Royal Enfield has endorsed the Classic 500 Tribute Black as “The Last of the 500”. Interested customers can register now online at RE’s official website and it appears that only 500 units will be rolled out. It is handcrafted at Royal Enfield Tiruvottiyur factory and gets a dark theme all around with orange highlights. 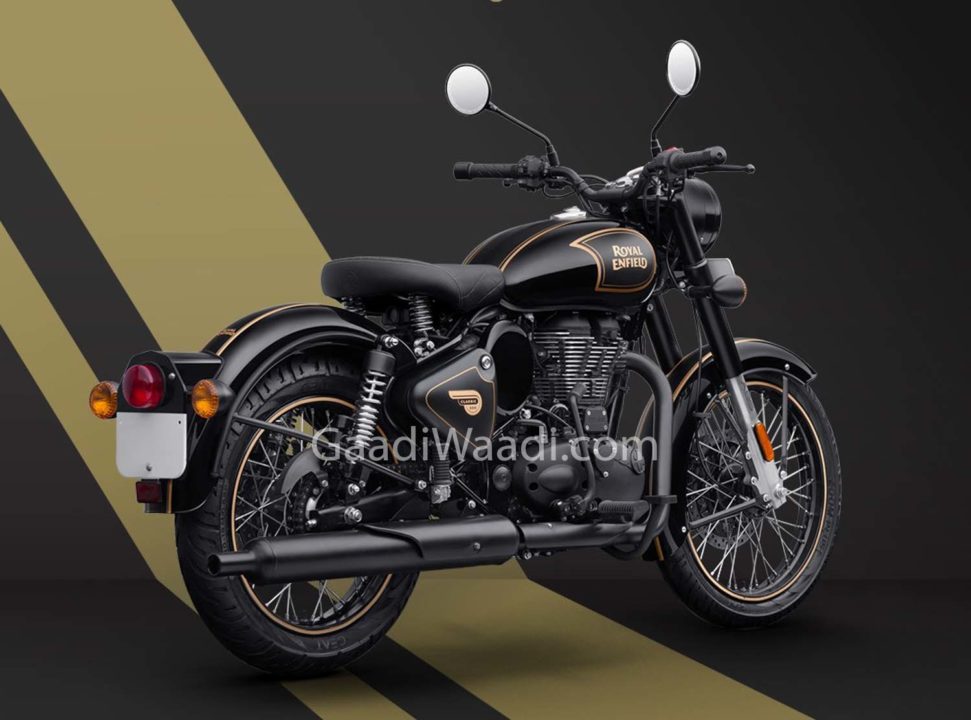 It has been embellished on the Stealth Black variant with orange accents on the front and rear fenders as well as the fuel tank and around the rims. Moreover, the seats have quilted orange lining. The fuel-injected, four-stroke, twin-spark engine produces a maximum power output of 27.2 bhp at 5,250 rpm and 41.3 Nm of peak torque at 4,000 rpm. It is connected to a five-speed transmission.