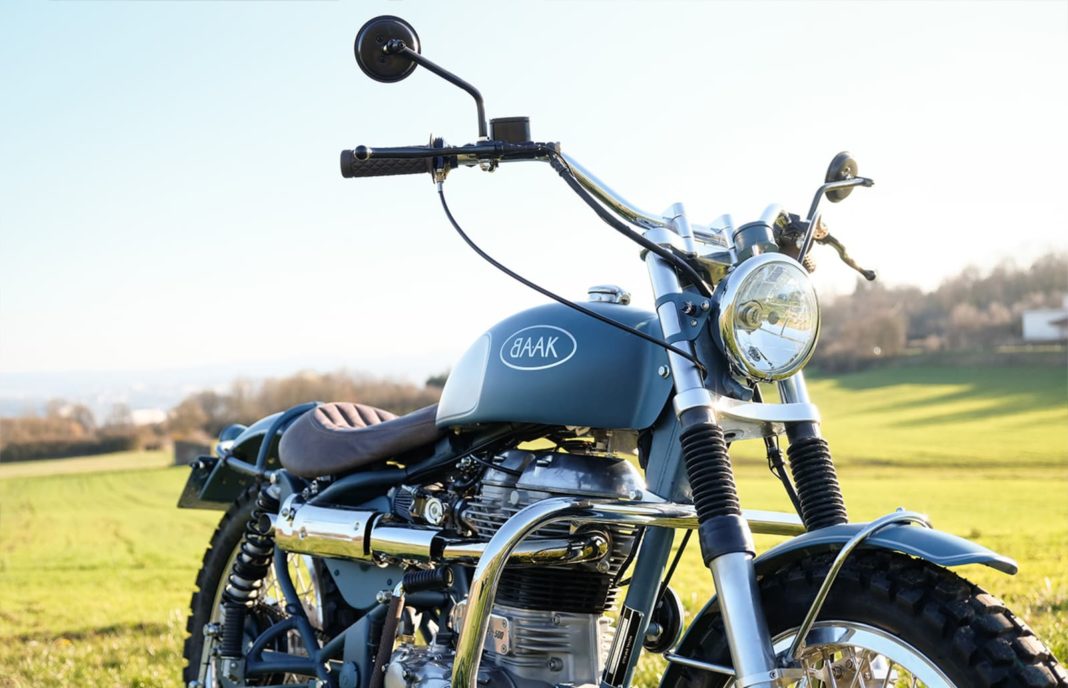 This modified Royal Enfield Classic 350 was built by Baak Motocyclettes, a custom motorcycle workshop based in France

Royal Enfield motorcycles are extremely popular in India, enjoying a cult following among enthusiasts. The brand has also had a lot of success overseas as well in recent years, especially after the launch of the Interceptor and GT650 twins. Other models by the manufacturer, like the Classic series, have also enjoyed fairly decent success internationally.

Just like in India, there are plenty of modified Royal Enfield motorcycles in foreign countries as well. Here, we bring you one such example, built by Baak Motocyclettes. The owner of this bike, Natalie, was convinced by her son to let Baak build her dream machine. She wanted a bike that wasn’t too heavy, was easy to ride, and had decent off-road legs.

Looking at these pictures, it certainly seems like this motorcycle fulfils these criteria. The bodywork on this bike is minimalistic, and it only weighs 155 kg (stock model is 180 kg). It gets a longer swingarm, new dual rear shockers, crash bars, a bash plate, aluminium foot-pegs, a single leather seat, and leather-wrapped handle grips. 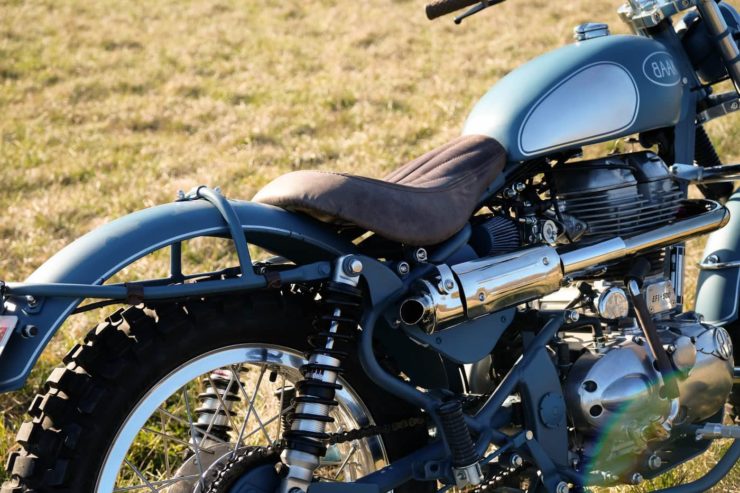 It also gets new, single-piece chrome handlebar, with a flat and raised design. New switchgear and levers have also been added. The front-end now has a new headlight, with a switch at the top, just like on old-school motorcycles. The single-pod speedometer is also custom, and looks extremely pretty. The original motorcycle had the ‘Indian Air Force Blue’ colour theme, and the same paint scheme has been extended to a few of these custom parts.

A few modifications have been done to the engine as well. The motorcycle now sports a high compression piston kit and a short high-mounted exhaust. The stock airbox has been replaced by a light air filter. The bike also gets 18-inch aluminium spoke wheels on both ends, with knobby tires. 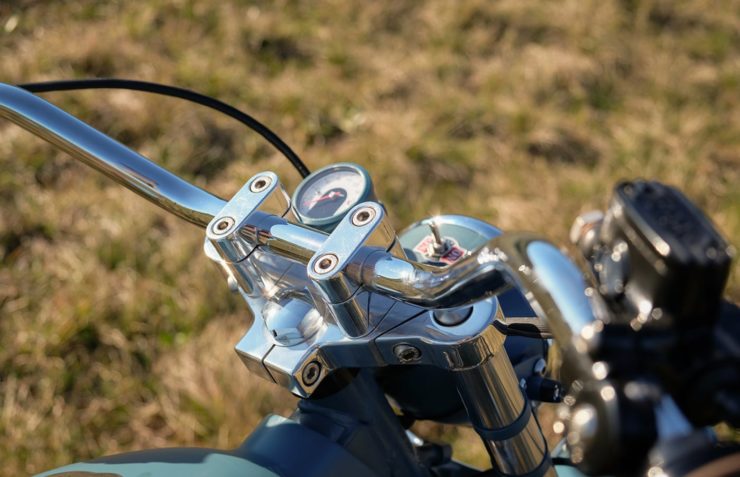 As for the stock Royal Enfield Classic 500, it made 27.6 PS and 41.3 Nm of peak power and torque, respectively, from its 499cc, single-cylinder, air-cooled engine. This powerplant was paired to a 5-speed sequential gearbox. Earlier this year, the Classic 500 was discontinued in India, and the same has been announced for international markets as well. That said, RE will soon be introducing the next-generation Classic, expectedly by the second quarter of next year.