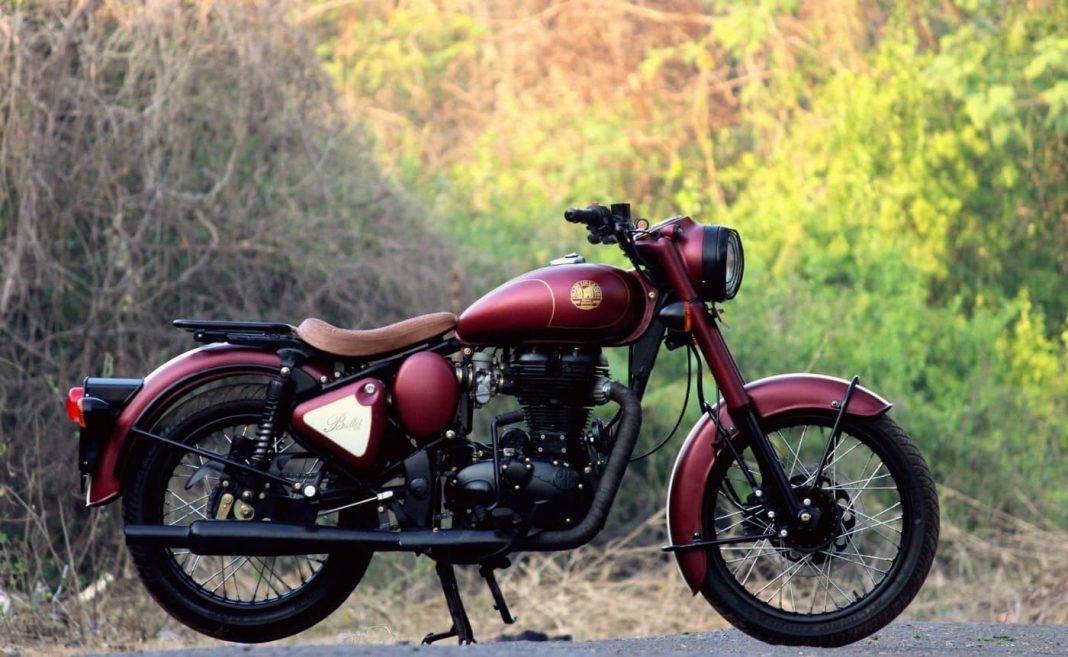 Check out this modified Royal Enfield Classic 350, built by JEDI customs, which features a matte maroon paint job and a few other mods

Royal Enfield motorcycles are extremely popular among custom-builders in India, mainly due to their simple architecture and the strong aftermarket support available for these bikes. As such, we’ve seen plenty of modified examples of RE motorcycles over the years, some of which sport extensive modifications, while some others get subtle customisations. Here, we bring you a beautiful example of the latter kind.

The modified Royal Enfield we have here has been customised by JEDI Customs, a motorcycle workshop in Mumbai, Maharashtra. This particular model is a 2012 RE Classic 350, and it has been given a matte deep maroon paint job, which gives it a lovely old-school vibe. On the tank, the vehicle features golden pinstripes as well.

There’s also a custom Royal Enfield logo on the tank, featuring the brand’s ‘Made Like a Gun’ slogan, done in golden. The side boxes have a custom ‘Bullet 350’ moniker, with a white background and golden pinstripes. A new rider seat has been installed here, which is lower than the stock unit, while the pillion seat has been replaced by a carrier. 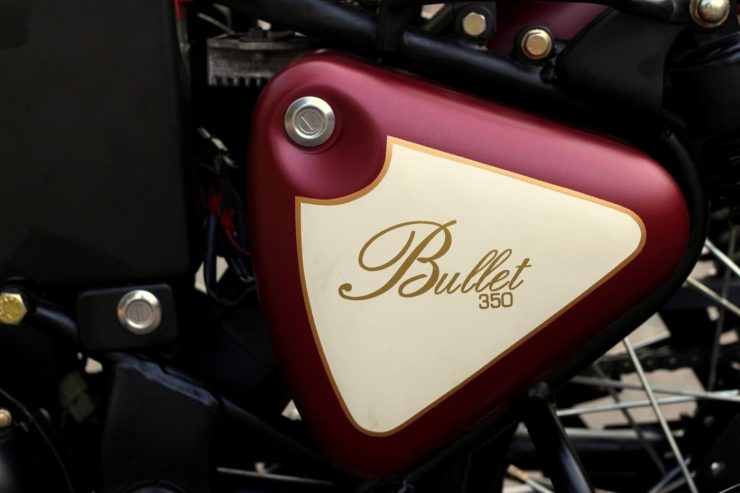 The entire frame of the motorcycle has been painted black, along with the engine assembly and exhaust. We also see insulated wrapping on the exhaust pipe, which looks cool. Also, the headlight features a custom cover, which is also finished in black. The rear-view mirrors have been removed here, for a clean overall look.

JEDI customs has not altered the powertrain of the motorcycle. The engine is a 346cc, single-cylinder, air-cooled engine, fed by a carburettor. This powerplant generated 20.07 PS of peak power and 28 Nm of maximum torque, and came mated to a 5-speed transmission. 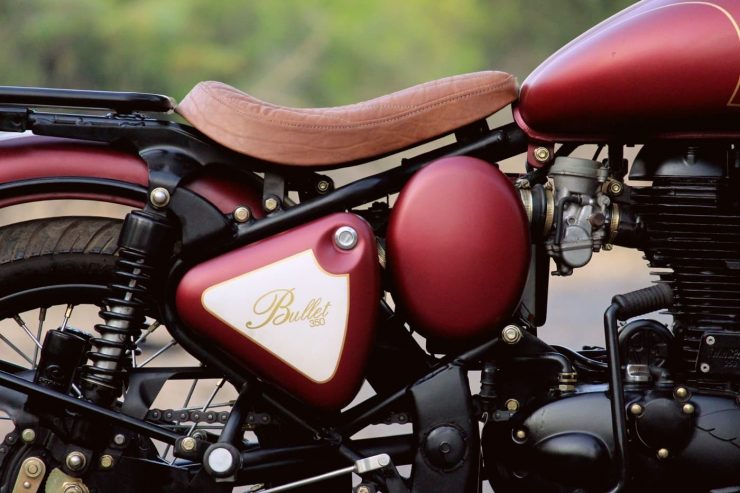 The Classic 350 has remained mostly unchanged since its launch in 2008, save for new paint options and a few added features. However, the motorcycle is slated to undergo a generation change in the coming weeks. The next-gen RE Classic 350 will feature plenty of improvements over the current version, like a new SOHC engine, a new dual-cradle frame, better equipment (like tripper navigation), etc.