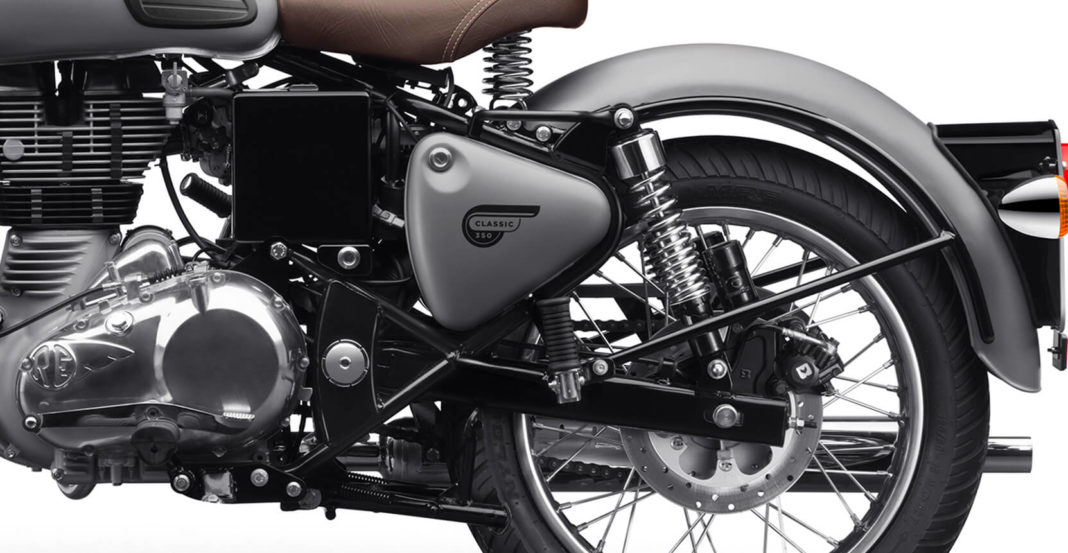 The Classic 350 is built around on a single downtube chassis and is popular across the crowd for its retro styling, gets rear disc brakes

The standard Classic 350 variants now have also been launched with rear disc brake setup as well. Initially, when RE introduced rear disc brakes they were available with only the Redditch Edition and Classic 350 Gunmetal Grey. However, now RE has decided to extend this feature to their entire Classic lineup.

The front wheels already used to get a 280 mm discs while the rear wheels featured drum brake setup. Now with the help of a swingarm borrowed from Thunderbird Royal Enfield has fitted the Classic range as well with 220 mm rear disc brakes.

For your information, RE has not yet provided a dual channel ABS in the standard Classic range and is only available with the Classic 350 Signals edition which was introduced in August 2018.

However, we do believe that RE will soon introduce Dual channel ABS setup to their entire Classic range keeping in mind the fact that the Classic 350 is the two-wheeler manufacturer’s best selling model in India. RE sells an average of 50,000 units of the Classic 350 every month in India. 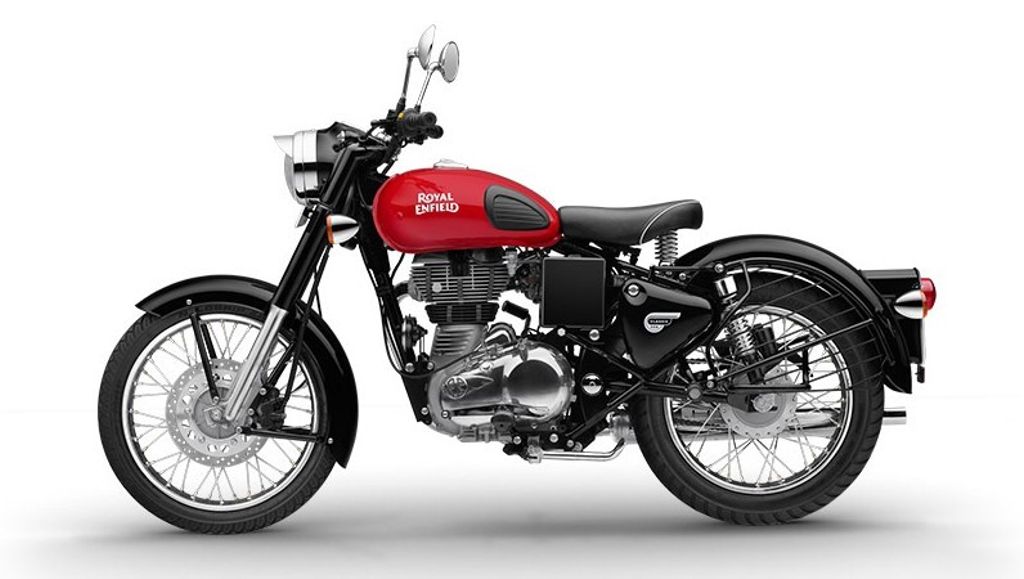 The Classic 350 is built around on a single downtube chassis and is popular across the crowd for its retro styling. The Classic 350 is powered by a 346 cc, single cylinder, 4 strokes, twin spark, engine which produces about 19.8 bhp of peak power at 5,250 rpm and 28 Nm torque at 4,000 rpm and is mated to a 5-speed constant mesh gearbox.

The motorcycles use telescopic forks in the front and twin gas charged shock absorbers for the rear. One of the main reasons for its dominance over the Indian market is mainly because it has no real threat in this segment except the Bajaj Dominar and Mahindra Mojo to some extent.