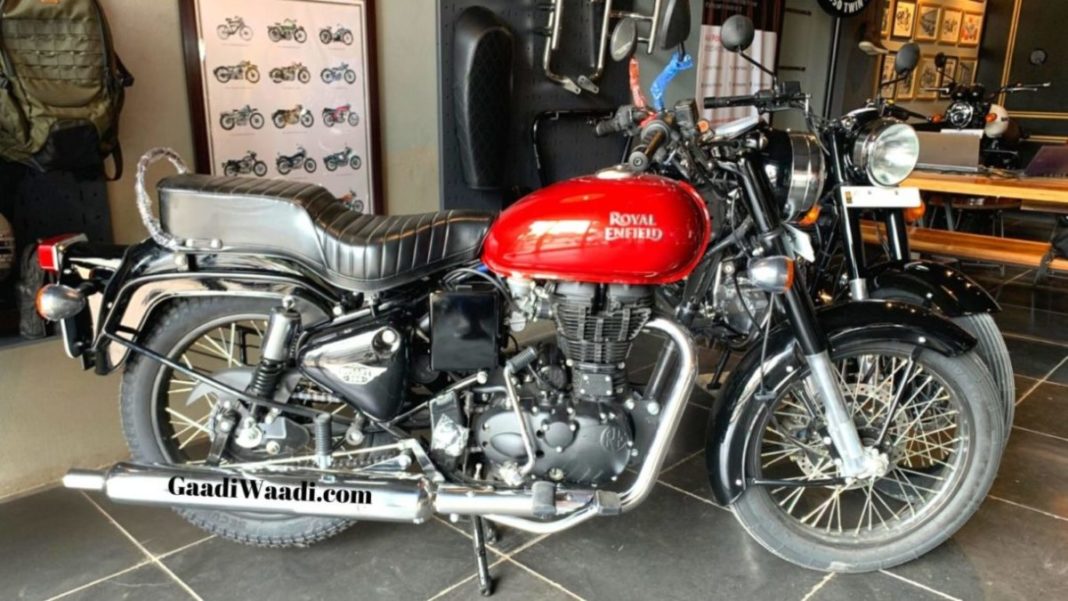 Royal Enfield has launched the much-anticipated entry-level Bullet X 350 in India priced at Rs. 1.12 Lakh (ex-showroom) for the X variant while the ES-X variant is priced at Rs. 1.26 Lakh, which is around Rs. 14,000 cheaper than Bullet Standard series. The Indian auto industry has been going through a period of low demand, which has led to a significant fall in the sales of almost all 2-wheelers and 4-wheelers.

Even Royal Enfield, which is arguably the most iconic Indian bike manufacturer, has been suffering from the low demand for most of its models. However, the newly launched Bullet X 350 will make RE accessible to a wider audience by having a lower price and will hopefully help them make a comeback.

Although the Royal Enfield Bullet X will be marketed as a new motorcycle range, it is launched with the ‘Bullet’ suffix in a bid to capitalize on the great image that this brand enjoys. It may be noted that the original Royal Enfield motorcycle has made a big name for itself for its classic looks that date back to 1932 and has huge followership due to its characteristic thump.

The new motorcycle launched in two variants – Bullet X 350 and Bullet ES-X 350. The latter will come equipped with an electric start and will be the only trim to be available with the much-loved jet black paint option. Talking about the colour palette on offer, the motorcycle offers three options for each of the variants. While the Bullet X launched in – Bullet Silver, Sapphire Blue, Magic Black, the Bullet ES-X 350 launched with Regal Red, Royal Blue and Jet Black options. 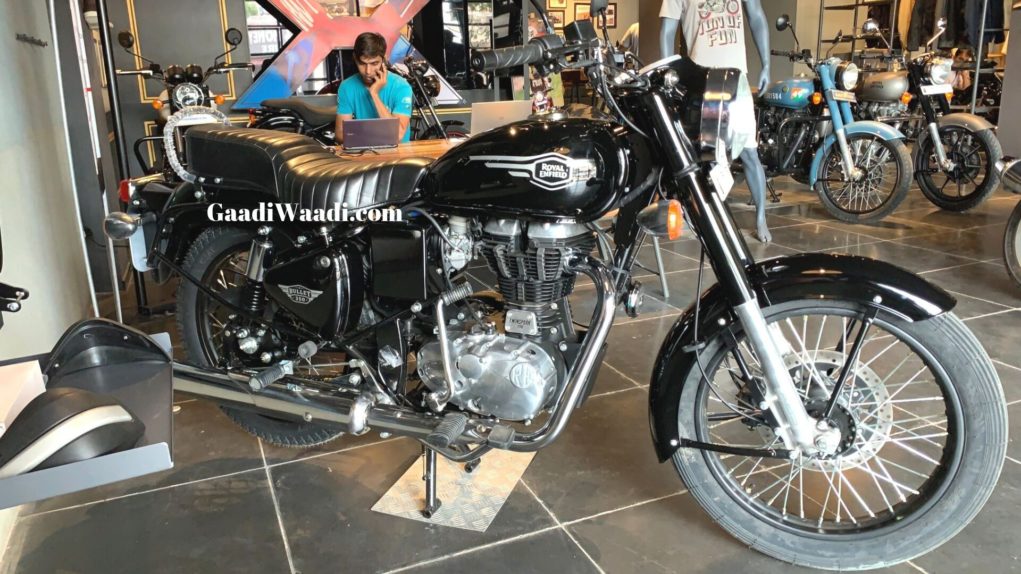 As can be seen in our exclusive images of the Royal Enfield Bullet X, the new motorcycle shares aplenty with the regular Bullet range. However, in the bright colour options, it does remind us of the Thunderbird X range.

The legendary winged graphics on tank logo of Bullet X has been inspired from post-war era, while the Bullet ES-X version comes with premium 3D-badges. Overall, both the versions retain the highly loved Bullet design, whilst having a touch of freshness through the colour schemes and re-worked tank graphics. 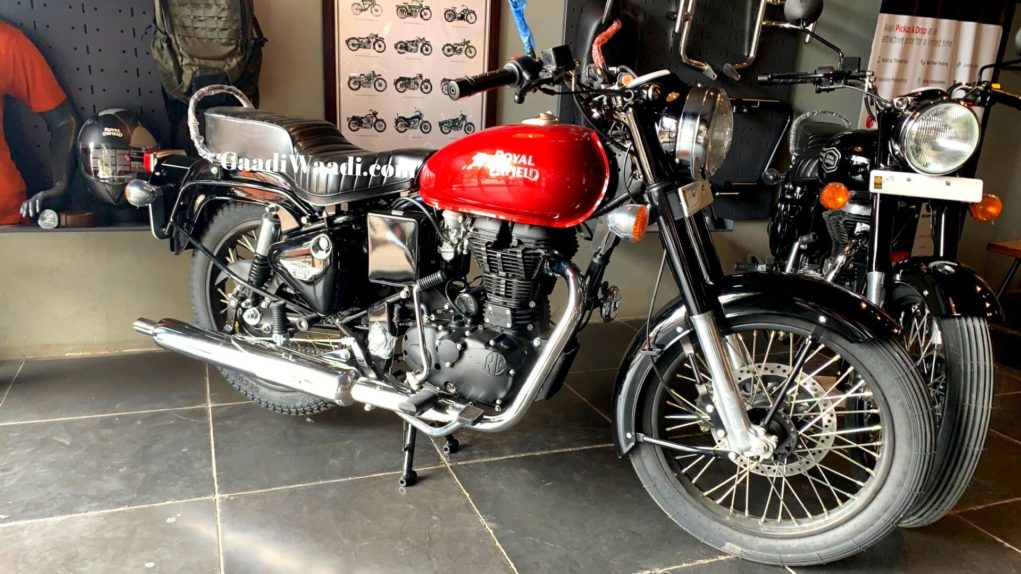 Powering the Royal Enfield Bullet X 350 is the same 346cc single-cylinder motor that powers other 350 models in the company’s lineup. It offers a maximum power of 19.8 bhp and a peak torque of 28 Nm.

The motor is fed by a carburettor. Braking is courtesy of a disc rotor up front and a drum unit on the rear wheel. The motorcycle comes equipped with single-channel ABS. Another safety feature will be the Rear Wheel Lift-off Protection (RPL).

While the new entry-level model from Royal Enfield aimed at making the company’s classic range of motorcycles more accessible to the buyers, it shouldn’t be perceived as a ‘low cost’ model that lacks in one or more areas. 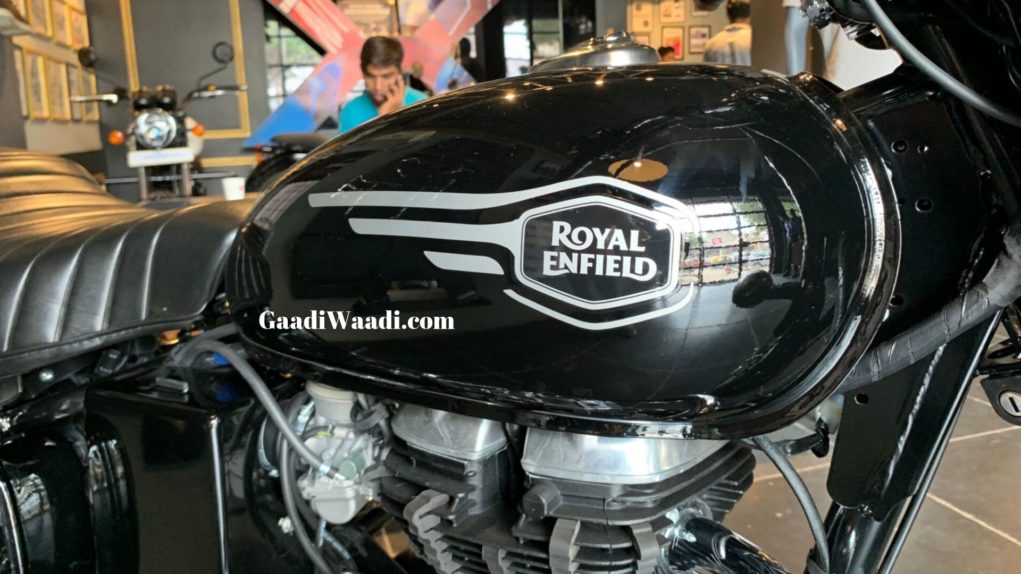 In fact, our sources inform us that competitive pricing is been achieved through parts sharing with other models and minimizing the profit margins on every motorcycle sold. In all likelihood, this new model range would help the South India-based company boost its sales figures not just during the ongoing slowdown but even in the long run.