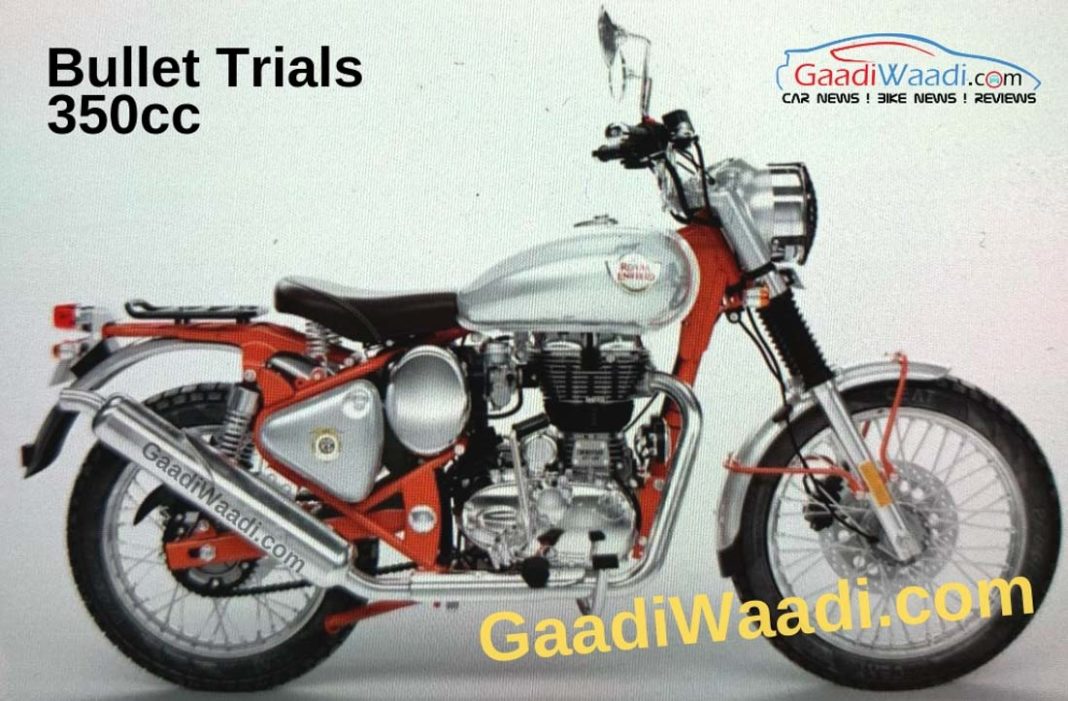 Royal Enfield is keen on stuffing more into the volume bearing 350 and 500 cc series. It is facing stern competition from the revived Jawa brand that has positioned two motorcycles right up against two top sellers from RE. As we exclusively reported a couple of days ago, RE is bringing in Trials version of the Bullet 350 and 500.

The homegrown manufacturer has already seen testing the Trials and the duo will go on sale soon in the New Year. The Bullet Trials won’t be an out-and-out scrambler going by the cosmetic changes. Moreover, it does not seem to have any suspension changes for additional wheel travel to help during trial riding either.

Royal Enfield could try to instigate strong emotions from customers with the Trials name, just as it often does with the special editions. It is a mix bag of everything and differentiates itself well from the standard Bullet range. For instance, the front and rear knobbed tyres with spoked rims are taken from Himalayan adventure tourer.

With the Bullet nomenclature, easily one of the most popular among enthusiasts, Royal Enfield could be trying to gain big attention for the Trials. The noticeable addition of features are there to justify the price tag as the Bullet 350 Trials could be priced at Rs. 1.8 lakh while the Bullet 500 Trials may cost around Rs. 2.2 lakh (both prices, ex-showroom). 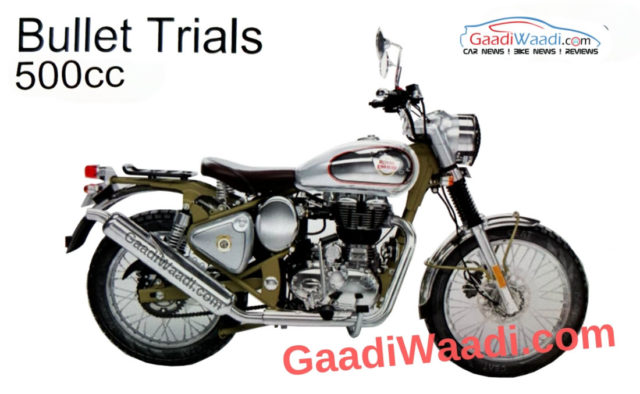 It comes fitted with fuel tank and logo from the recently launched Interceptor 650, and a number of other elements are derived from Classic series. Other significant features are upswept exhaust system, rubber gaiters for telescopic front fork protection, single seat with luggage rack and raised rear mudguard.

The Bullet 500 Trials will also have a unique chrome paint theme inspired from Interceptor 650. Despite the presence of new elements, Royal Enfield won’t likely make any mechanical modifications and they will get dual-channel ABS system as standard. Both the Trials motorcycles are expected to be registered only as single seaters.