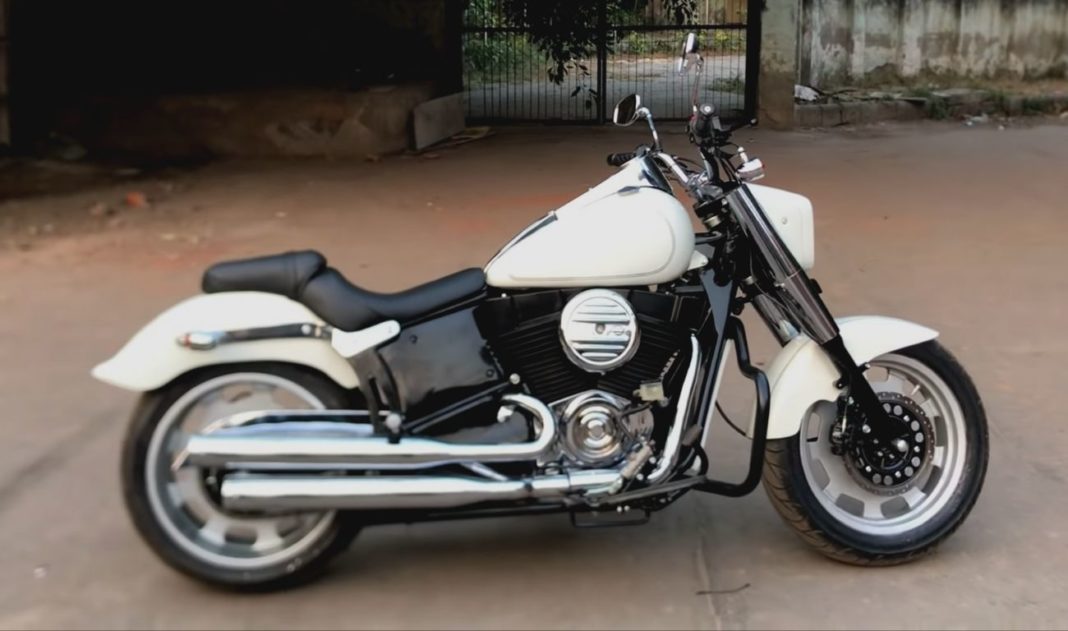 The bike might visually fool the layman into believing that it is a Harley Davidson Fat Boy, but underneath the skin, it still packs the Royal Enfield Bullet’s motor

A Royal Enfield Bullet has been visually transformed into a Harley Davidson Fat Boy by Bittoo Bike Modification, Delhi. This is not the first time that the modification shop has took up a task of completely transforming a more affordable motorcycle into an expensive one, since they previously converted a Bajaj Dominar 400 into a Suzuki Hayabusa replica.

While most people would be dreaming of owning a Harley Davidson Fat Boy one day, the owner of the aforementioned Royal Enfield Bullet might already be living his dream, without spending over Rs 20 lakh, which is the approximate on-road price of the American softail cruiser motorcycle.

In terms of design, it would be extremely difficult for a layman to tell that under this Fat Boy’s skin is a Bullet’s motor hiding. All parts used to transform the bike have been handcrafted as according to the customer’s needs. Thanks to the upgraded exhaust, the bike sounds similar to the Fat Boy, but it still packs the Royal Enfield Bullet’s engine and hence the performance will be similar to a stock Bullet as well.

While the Bullet is currently available in 500 cc and 350 cc single-cylinder engine configurations, the Fat Boy gets a 1745 cc twin-cylinder motor that puts out 65 hp of maximum power at 5,500 rpm, and 144 Nm peak torque at 3,000 rpm. The engine comes mated to a 6-speed gearbox as standard.

However, the Chennai-based manufacturer confirmed that it will not be upgrading its 500 cc bikes to comply with the BS6 emission norms, set to come into action on April 1 this year, and will soon be discontinuing the entire 500 cc range, including the Bullet 500, Classic 500 and Thunderbird 500. Royal Enfield has priced the Bullet 350 at Rs 1.15 lakh, while the Bullet 500 currently retails at Rs 1.86 lakh (both prices, ex-showroom).