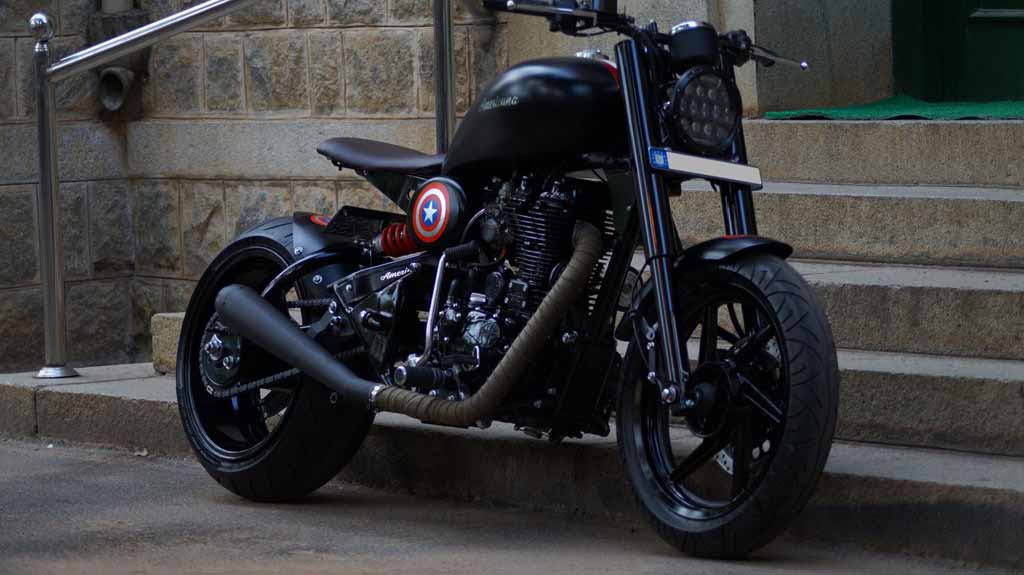 The Royal Enfield Bullet has been customised by Bulleteer Customs into an old-school bobber; painted in Captain America inspired colour scheme

In recent times we reported about many customised motorcycles, specially the Royal Enfield models. There is truly no barrier in imagination when people go to customise their favourite machine. Here we have found one unique Royal Enfield Bullet that has been modified into a perfect retro-looking Bobber and it comes with paint scheme that has been inspired by Marvel comics’ superhero character Captain America.

Interestingly, the motorcycle has been named as the Americana, portraying it as the perfect ride for Captain America. The modified motorcycle looks completely different and very aggressive compared to the stock RE Bullet. The motorcycle looks powerful and bold and it has received customizing touch everywhere, from nose to toe. 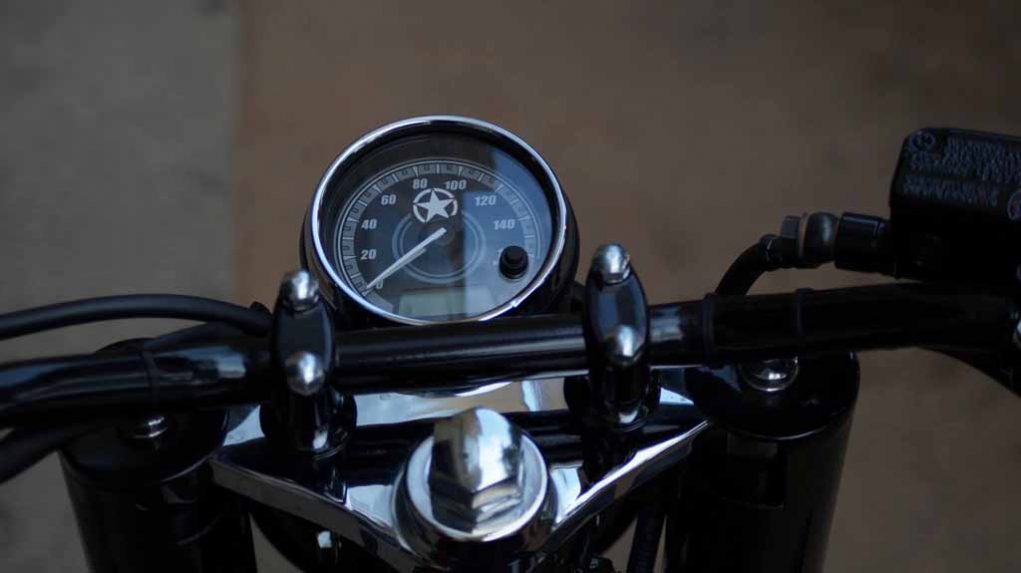 It gets a round shaped custom headlamp comprising 13 LED units and the bezel has been painted in black. The single-pod instrument cluster appears to have taken from the Royal Enfield Thunderbird, and it gets analog and digital combo display. It sports a custom handlebar, while the fuel tank comes with reworked appearance and it bears chrome finished fuel cap, ‘Americana’ lettering at the side and an American flag on top with lettering according to the owner’s choice who is from Bangalore.

It appears in a single-seat configuration and the wide seat is wrapped in dark brown leather. The side panel, shortened front and rear mudguards come sporting a painting of Captain America’s Adamantium shield, clearly complementing the name of the motorcycle. The sleek LED taillight is beautifully tucked under the seat and the motorcycle also gets a custom exhaust muzzle painted in black. The black paint scheme of the motorcycle enhances its visual appeal. 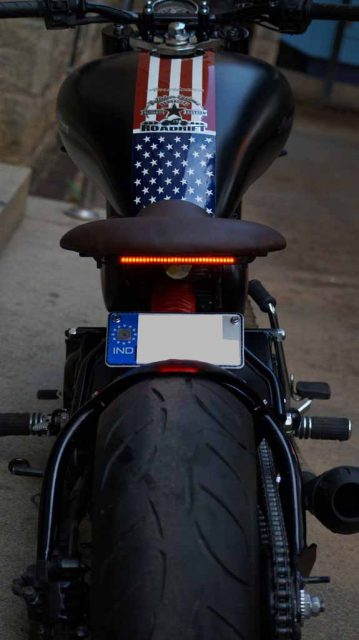 The changes have been made to the tyres as well. It runs on black alloy wheels with the rear getting 190 mm rubber. It gets a custom chassis and there is no sub-frame at all. Also, it gets horizontal monoshock rear suspension. Overall, the motorcycle has blended the old-school charm with modernity perfectly and the entire package appears very exciting.