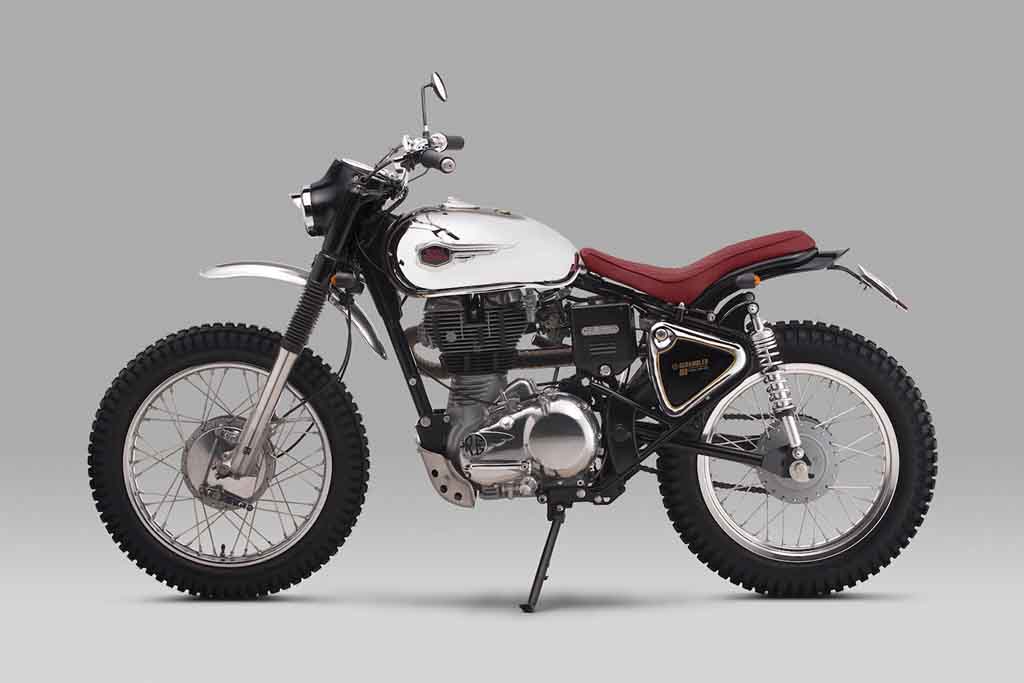 Thrive Motorcycle based in Jakarta has modified the Royal Enfield Bullet 350 into a scrambler; christened as Moltar it sports custom seat and exhaust as well as dual-purpose tyres

Here, we have a Royal Enfield Bullet 350 customised into an aggressive looking scrambler by Jakarta-based customisation shop Thrive Motorcycle. The unique looking motorcycle certainly comes with very tastefully modification and it is christened as the Moltar. It was displayed at the Kustomfest in Indonesia and grabbed everyone’s attention. 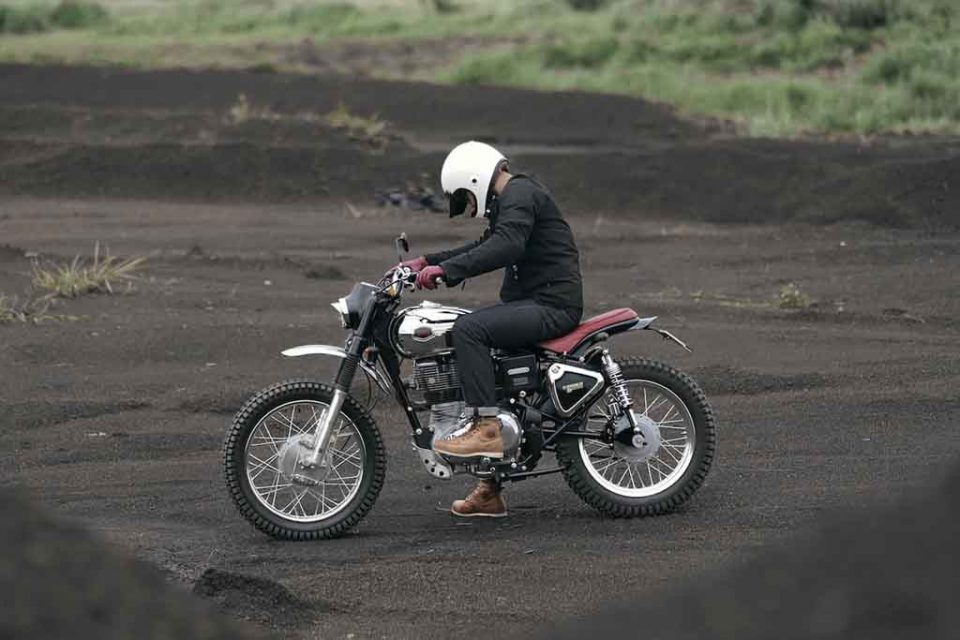 The custom motorcycle looks very aggressive and very rugged indeed. Up front, the large round shaped headlamp with chrome bezel and a raked mudguard is visible. The custom headlamp assembly, along with a single-pod instrument cluster with analog dial, a custom handlebar and new turn indicators give the RE Bullet 350 an unique look.

The fuel tank is basically same, but a new paint job has been applied along with new badge also. The motorcycle gets new leather seat with maroon paint scheme and there is a neatly positioned LED taillight. The machinegun muzzle like exhaust is located much higher than the stock model’s exhaust’s usual position, clearly indicating towards Moltar’s off-roading character. The suspension of the motorcycle has been raised to give it an advantage in the rocky and rough terrains. 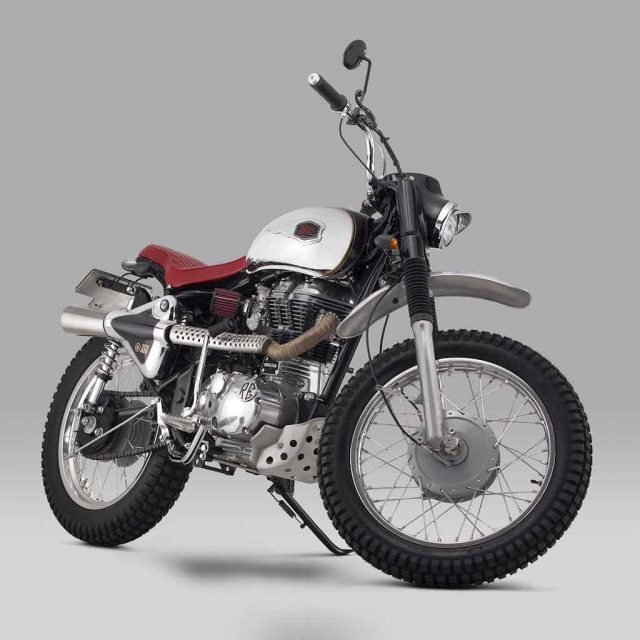 The custom motorcycle runs on shiny multi-spoke wheels wrapped with thick tyres built focusing the rugged terrains. While it gets updated suspension, the braking duty is done by drum brakes on both front and rear wheel. It is not clear, if the power and torque output has been revised or not. In stock form, the Royal Enfield Bullet 350 is capable of churning out 19.8 bhp of peak power at 5,250 rpm and 28 Nm of peak torque at 4,000 rpm.