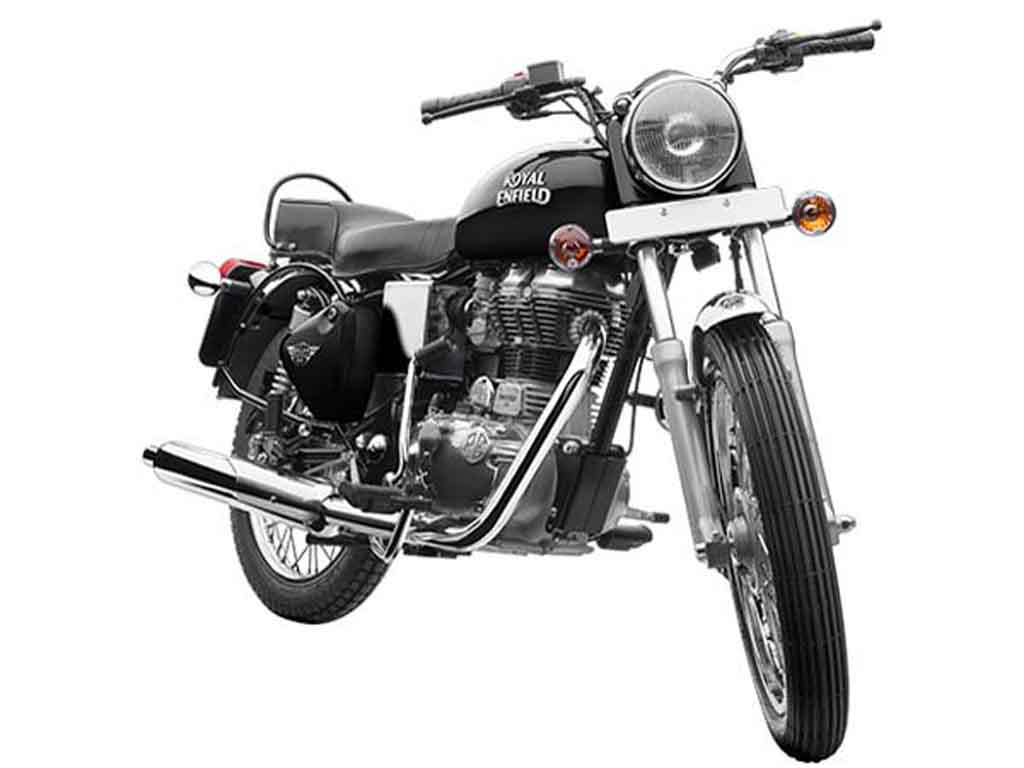 Royal Enfield Electra has been renamed and will be sold as Bullet 350 ES from now on; continues to have same powertrain

Royal Enfield has not discontinued the Electra, but renamed the motorcycle as Bullet 350 ES. Few days back it was rumored that, RE has discontinued the model as Electra was not showing in company’s official website. But now, the two-wheeler manufacturer says that, only name has changed for the motorcycle, and it is available alongside the other models from Royal Enfield.

The company also informs that, officially name of the model has been changed months back; but the website stopped showing the model recently, which created rumor. The model is available with the same technical specifications under new name as well. It is available in four different colour options – Black, Silver, Grey and Blue. Royal Enfield Bullet 350 ES takes power from a 346cc single-cylinder, four-stroke, twin-spark, air-cooled engine; which is mated to a 5-speed gearbox and churns out 19.8 bhp of peak power at 5,250 rpm and 28 Nm of peak torque at 4,000 rpm. The difference with the Bullet is that, the 350 ES (earlier known as Electra) gets an electric start option.

Royal Enfield clarifies that, reason behind the renaming is just to keep the product line-up simple and comprehensive for the customers. The Electra (Bullet 350 ES) sold 4,839 units in last month, which marked 9% decline compared to August, 2015. The sales record of the motorcycle between April and August, 2016 was 20,645 units; compared to 26,294 units in the same period in 2015. It is to be seen, whether renaming of the model gives it a sales boost or not. Royal Enfield Electra was launched two decades ago, under the leadership of CEO Mr. Siddartha Lal. The retro looking motorcycle has played a vital role for Royal Enfield’s success. Its pricing has been relatively cheaper than the other RE products.