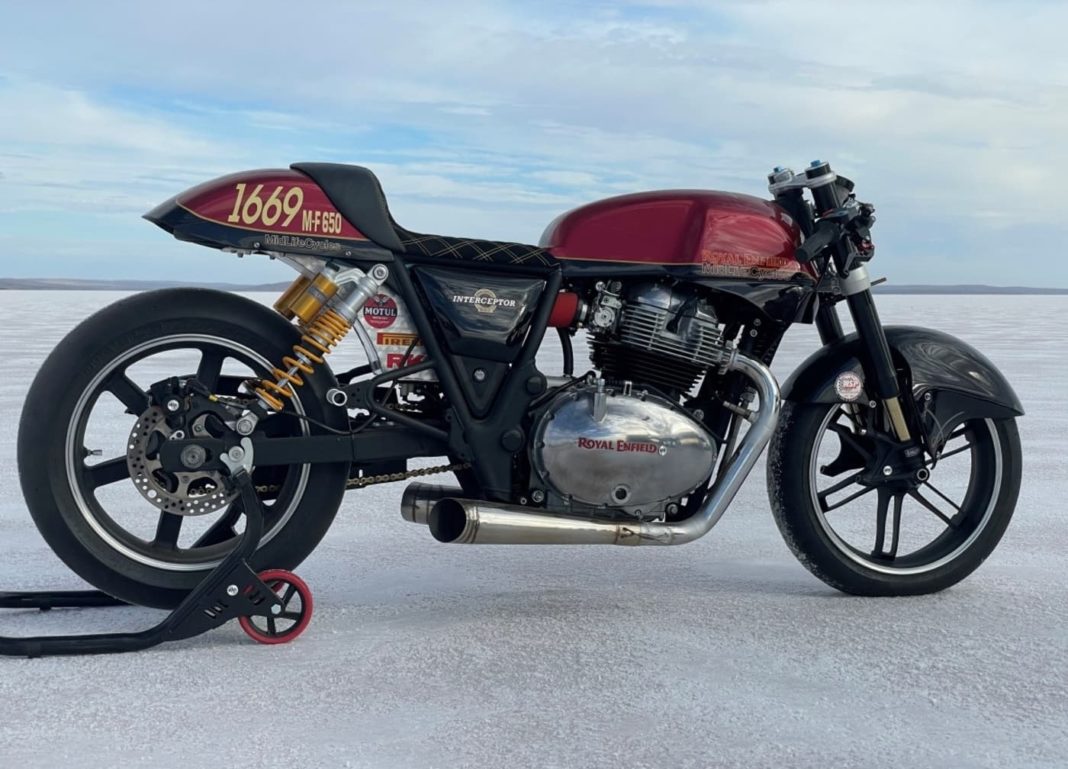 Royal Enfield Interceptor 650 salt racer, custom-built by Mid Life Cycles, has broken the land speed record for the M-F 650 class (650cc un-streamlined motorcycles with commercial unleaded fuel) at the annual Speed Week, held at Lake Gairdner in Australia. The motorcycle was run by first-time salt racer Charlie Hallam, and the new class speed record was set at 212.514 kmph or 132.050 mph.

Although the previous record had already been broken, Hallam took the bike out for another run on the afternoon of Day 2, clocking 209.810 kmph, with the back run performed the next morning. Despite the stormy weather, the motorcycle touched a maximum speed of 215.296 kmph, and thus the average speed and the new land speed record for the class was set at 212.514 kmph. 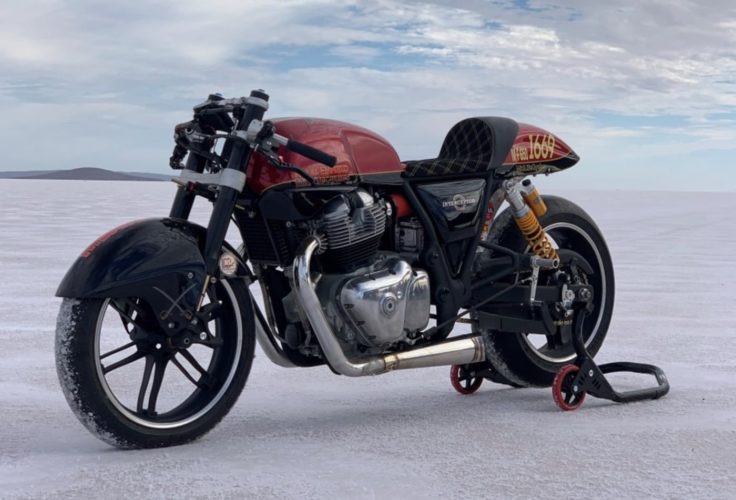 The Mid Life Cycles Royal Enfield Interceptor 650 Salt Racer, affectionately called “Sabre”, was built by HRA Geelong and Hallam Cycle Works. The motorcycle is a 2019 RE Interceptor 650, with the frame, engine, and other parts modified as per the specifications of Class M-F 650. Changes have been made to the cylinder head, valves, intake manifold, throttle body, conrods, crankshaft, and gearbox.

The engine also uses new forged pistons and a new camshaft, while the counter-balancer has been removed. Mid Life Cycles has developed this motor to test their performance parts and mods, which will be available to customers who want extra oomph from their 650cc Royal Enfields.

Other changes to the motorcycle include lighter alloy wheels, Pirelli Diablo Slicks (front and rear), a longer swingarm, custom front and rear sprockets, and Öhlins suspension. The motorcycle ran on 98 RON fuel, mixed with additives, during the speed runs. The “Sabre” was built by Mid Life Cycles for Busted Knuckles Build-Off in 2019, and it perfectly showcases the immense capabilities of Royal Enfield’s 650 Twin platform.