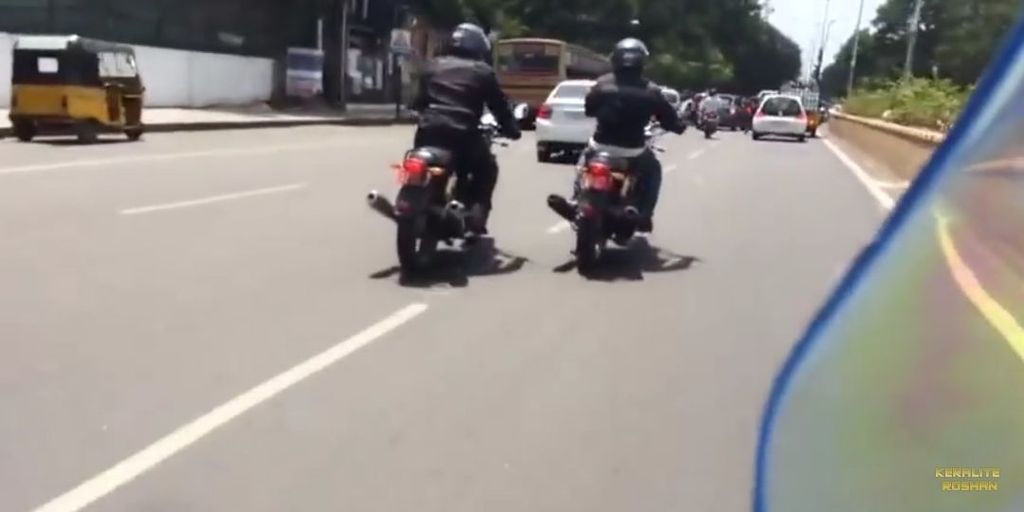 The riders were testing out the 650 Twins in Chennai traffic and we could see the instant acceleration in video. We can also make out that 650 Twins are agile as the rider cut through traffic easily and effortlessly with good braking performance also. Both the test mules were not camouflaged as the models are already popular among Indian customers.

Royal Enfield Interceptor 650 and Continental GT 650 are powered by 648 cc twin cylinder, air-cooled fuel injected engine producing 47 hp of power at 7,100 rpm and 52 Nm of torque at 4,000 rpm. This engine is mated to 6 speed gearbox. We can expect good performance from this engine and top speed of both bikes will be around 170 kmph.

Royal Enfield has given retro theme for Interceptor 650 as the front get round headlamp design along with single piece handlebar and beefier 41 mm telescopic suspension at front. The Interceptor also gets long seats which gives lots of room for both rider and pillion. The riding position of Interceptor is relaxed and focused towards touring. 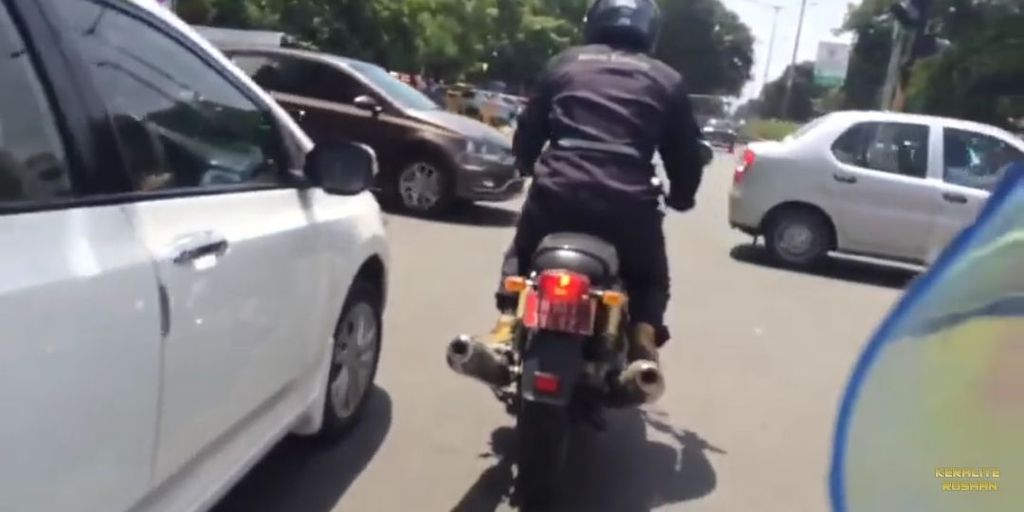 At the rear, RE has given twin gas charged shock absorber along with a simple design for tail lamp. Both Continental GT 650 and Interceptor 650 get same 320 mm front disc brake and 240 mm rear disc and the company is offering dual channel ABS system also. The Continental GT continues the same design theme of previous model and it is the sporty bike among two.